Ed Abbo is President and Chief Technology Officer at C3, which provides an AI and IoT software platform-as-a-service to power enterprise digital transformations. Mr. Abbo leads C3’s strategy and execution, including technology direction, innovation, and customer success.
Prior to C3, Mr. Abbo was Senior Vice President at Oracle Corporation, where he was responsible for its application products. Prior to joining Oracle in 2006, he was Senior Vice President of Engineering and Chief Technology Officer for Siebel Systems.
Mr. Abbo earned a Master of Science in Mechanical Engineering from the Massachusetts Institute of Technology and a Bachelor of Science in Mechanical & Aerospace Engineering from Princeton University. 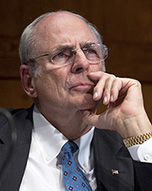 Norman R. Augustine is the retired Chairman and Chief Executive Officer of the Lockheed Martin Corporation, the world’s largest defense contractor, and a former Under Secretary of the Army. Among Augustine’s many honors are the National Medal of Technology and the U.S. Department of Defense's highest civilian award, the Distinguished Service Medal. Augustine graduated from Princeton University, where he earned bachelor's and master's degrees in engineering. He is the author or co-author of Augustine's Travels, The Defense Revolution, Augustine's Laws, and Shakespeare in Charge, and he chaired the National Academy of Engineering Committee that produced the report, “ Rising Above the Gathering Storm: “Energizing and Employing America for a Brighter Economic Future.” 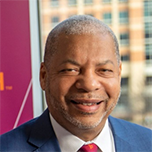 Lance R. Collins in 2020 was named the inaugural vice president and executive director of the Virginia Tech Innovation Campus planned in Alexandria, VA.  Prior to that he served as the Joseph Silbert Dean of Engineering at Cornell University from 2010-2020 and the S. C. Thomas Sze Director of the Sibley School of Mechanical & Aerospace Engineering from 2005-2010. In 2011, he was part of the team that successfully bid to partner with New York City to build Cornell Tech, which opened its Roosevelt Island campus in 2017.  In his role as dean, Collins accelerated the college’s efforts in diversity, overseeing the increase in the proportion of underrepresented minority students from 8 to 19 percent, and the percentage of undergraduate women from 33 to 50 percent, more than twice the national average.  For those efforts, he received the inaugural Mosaic Medal of Distinction from Cornell Mosaic and the Edward Bouchet Legacy Award from the Bouchet Graduate Honor Society.

Collins is a professor of mechanical engineering.  His research is focused on the application of direct numerical simulation to a broad range of turbulent processes.  He is a fellow of the American Physical Society, the American Association for the Advancement of Science, and the American Institute of Chemical Engineers. In 2014, he received the William Grimes Award from the AIChE and in 2021 he was elected to the National Academy of Engineering.  Collins graduated from Princeton in 1981 with honors and holds a M.S. and Ph.D. from the University of Pennsylvania, all in chemical engineering.

John Dabiri is the Centennial Chair Professor at Caltech, with appointments in the Graduate Aerospace Laboratories (GALCIT) and Mechanical Engineering. His research focuses on unsteady fluid mechanics and flow physics, with particular emphasis on topics relevant to biology, energy, and the environment. Current interests include biological fluid dynamics in the ocean, next-generation wind energy, and development of new experimental methods. Dabiri is a MacArthur Fellow and Fellow of the American Physical Society. Other honors include the Alan T. Waterman Award from the National Science Foundation, the Presidential Early Career Award for Scientists and Engineers (PECASE), the Office of Naval Research Young Investigator Program Award, and being named one of MIT Technology Review's "35 Innovators Under 35" as well as one of Popular Science's "Brilliant 10."

Dabiri received his B.S.E. summa cum laude in Mechanical and Aerospace Engineering from Princeton University (2001); his M.S. in Aeronautics from Caltech (2003); and his Ph.D. in Bioengineering with a minor in Aeronautics from Caltech (2005). He was a Professor of Aeronautics and Bioengineering at Caltech from 2005 to 2015, during which time he also served as Director of the Center for Bioinspired Wind Energy, Chair of the Faculty, and Dean of Students. From 2015 to 2019 he served as a Professor of Civil and Environmental Engineering and of Mechanical Engineering at Stanford University, where he was recognized with the Eugene L. Grant Award for Excellence in Teaching. Dabiri serves on the Board of Directors of NVIDIA Corporation and the Board of Trustees of the Gordon and Betty Moore Foundation. He is a member of the National Academies' Committee on Science, Technology, and Law, as well as Chair-Elect of the American Physical Society Division of Fluid Dynamics. He has previously served on the editorial board of the Journal of Fluid Mechanics, the U.S. National Committee for Theoretical and Applied Mechanics (USNCTAM), the Defense Science Study Group, and as an Advisor to X at Alphabet (formerly GoogleX).

Patricia Falcone is the Deputy Director for Science and Technology at the Lawrence Livermore National Laboratory (LLNL). She is the principal advocate for the Lab’s science and technology base and oversees the strategic development of the Lab's capabilities. She is responsible for LLNL’s collaborative research with academia and the private sector, as well as its internal investment portfolio.

Falcone joined LLNL in 2015 after six years at the White House Office of Science and Technology Policy (OSTP), where she served as the Senate-confirmed Associate Director of OSTP for National Security and International Affairs. In that capacity, she led a team that advised on the science and technology dimensions of national security policy deliberations and on federal support of national security research and development.

Earlier, Falcone held technical and management positions at Sandia National Laboratories in Livermore, California, including Distinguished Member of the Technical Staff, and senior manager for Systems Analysis and Engineering. Her work at Sandia focused on the assessment of new technologies for mission applications and on advanced energy conversion technologies.

Falcone chairs the board of trustees of the Georgia Tech Research Corporation. She is a commissioner on the National Commission on Innovation and Competitiveness Frontiers led by the Council on Competitiveness and a member of the Leadership Council of the Government-University-Industry Research Roundtable of the National Academies of Science, Engineering and Medicine.

Falcone earned a B.S.E. in aerospace and mechanical sciences at Princeton University, and M.S. and Ph.D. degrees in mechanical engineering from Stanford University.

Christopher A. Hart is the founder of Hart Solutions LLP, which specializes in improving safety in a variety of contexts, including
the safety of automation in motor vehicles, workplace safety, and process safety in potentially hazardous industries.

Mr. Hart is also Chairman of the Washington Metrorail Safety Commission, a three-jurisdictional agency (MD, VA, DC) that
was created to oversee the safety of the Washington area mass transit subway system. He was also asked by the Federal Aviation Administration to lead the Joint Authorities Technical Review that was created bring together the certification authorities of 10 countries, as well as NASA, to review the robustness of the FAA certification of the flight control systems of the Boeing 737 MAX and make recommendations as needed to improve the certification process.

Ann Karagozian is a Distinguished Professor in the Department of Mechanical and Aerospace Engineering at UCLA.  Her research interests lie in fluid mechanics and combustion as applied to improved energy efficiency, reduced emissions, and advanced air breathing and rocket propulsion systems. Professor Karagozian is a Past Chair of the American Physical Society (APS) Division of Fluid Dynamics.  She has been a member of the Air Force Scientific Advisory Board for over 15 years, having served previously as SAB Vice Chair (2005-2009) and twice receiving the Air Force Decoration for Exceptional Civilian Service.  Prof. Karagozian is a Member of the National Academy of Engineering and is a Fellow of the APS, the American Institute of Aeronautics and Astronautics, and the American Society of Mechanical Engineers.  She received her B.S. in Engineering from UCLA and her M.S. and Ph.D. in Mechanical Engineering from the California Institute of Technology.  She is currently a member of the Board of Trustees of the Institute for Defense Analyses and is an alumna of and mentor for the IDA Defense Science Study Group. Prof. Karagozian is also the Inaugural Director of UCLA’s Promise Armenian Institute.

Dr. Polk is an expert in the area of high-current cathode physics, electric thruster wear processes, high power plasma thrusters, and the application of probabilistic methods to analysis of engine service life, and has considerable experience in the development of arcjet thrusters and Hall thrusters.  He was the task manager for a successful 8200 hour wear test of a 2.3 kW ion engine of the type used on the New Millennium Deep Space 1 (DS1) flight project and supported the ion propulsion technology validation activities on DS1.  He was a co-investigator in NASA’s Next Generation Ion Propulsion Program and in the Advanced Lithium-fed Applied-field Lorentz Force Accelerator (ALFA2) program, and principal investigator of the Nuclear Electric Xenon Ion System (NEXIS) program, which was focused on the development of a high power, high specific impulse ion thruster.   He managed the Venus Extreme Environments Strategic Initiative, which developed technologies for Venus lander missions.  From 1997 to 2001 he served as supervisor of the Advanced Propulsion Group at JPL.

Lori Setton is the Lucy & Stanley Lopata Distinguished Professor and Chair of Biomedical Engineering​ at Washington University in St. Louis.  Professor Setton's research focuses on the role of mechanical factors in the degeneration and repair of soft tissues of the musculoskeletal system.

Professor Setton earned master's and doctoral degrees, both in mechanical engineering and biomechanics, in 1988 and 1993, respectively, from Columbia University. She earned a bachelor's degree in mechanical and aerospace engineering from Princeton University.  Professor Setton is a Fellow of the ASME and received the Van C Mow Medal from the ASME.

Dr. Sirignano is a Distinguished Professor of Mechanical & Aerospace Engineering at the University of California, Irvine (UCI).  Sirignano received his Ph.D. from the Department of Aerospace and Mechanical Sciences at Princeton University and remained on the faculty for more than a decade before leaving to become Mechanical Engineering Department Head at Carnegie Mellon University and later Dean of Engineering at UCI.   Dr. Sirignano is a member of the NAE and a Fellow of AIAA, ASME, American Physical Society, American Association for the Advancement of Science, Society for Industrial and Applied Mathematics, and the Combustion Institute. He has received several research awards for his works in combustion theory and computation, multiphase fluid dynamics and transport, and propulsion and power.   His current research activities address the breakup of liquid jets, combustion and fluid dynamics at supercritical pressures, and liquid-propellant-rocket-engine combustion instability. Prior research has impacted miniaturization of combustors, spray technologies, fire safety, and high-performance technology for combustion in the turbine of a gas-turbine engine.

George serves as Chairman of the Space Advisory Board of Virgin Galactic, the human spaceflight company founded by Richard Branson.  From 2010-2020 he served as CEO of the company, growing it from a small team to over 1000 teammates and taking it public on the NYSE.  He also served as CEO of The Spaceship Company, Galactic's aerospace manufacturing organization, and the founding CEO of Virgin Orbit, an orbital satellite launch company that was spun out of Galactic in 2017.  Prior to Virgin Galactic, George served as Chief of Staff for NASA, where he provided policy and staff support to the agency’s Administrator. Upon departure from NASA, he received the Distinguished Service Medal, the highest award the agency confers.

George serves on Princeton’s Mechanical and Aerospace Engineering Department Advisory Council, Caltech’s Space Innovation Council, and the advisory board of the Rotary National Award for Space Achievement. He is a fellow of the UK Royal Aeronautical Society and an associate fellow of AIAA. He previously chaired the Reusable Launch Vehicle Working Group for the FAA’s Commercial Space Transportation Advisory Committee, and has served on the Board of Trustees of Princeton University, the board of Virgin Unite USA, and the World Economic Forum’s Global Agenda Council on Space Security.

An honors graduate of Princeton's School of Public and International Affairs, George later earned a master’s degree in geographic information systems and remote sensing from the University of Cambridge in England, and was a Fulbright Scholar to Tunisia. George is a licensed private pilot and certified parabolic flight coach.