Yang Xia was first inspired to study materials science by his high school chemistry teacher in Zhuzhou, a small city in Hunan province, China, where he grew up for the first 18 years of his life. He marveled at the realization that materials are the foundation of everything we rely on — from our cities, homes and transportation needs to our clothing and personal electronic devices.

“At that moment, I realized how exciting it would be to build on the history of materials,” Yang says. “Materials are fundamental to civilization. We started making things with wood and stone, then iron, then plastics, then all kinds of new high-tech materials.”

And, so, his dream to become a materials science researcher began. He excelled in his high school classes and took many national “competition” exams that play a prominent role, along with college entrance exams, in determining a student’s university choices. He was among the highest scoring students in one such national test in chemistry.

Yang went on to attend Shanghai Jiao Tong University (SJTU), where he was the top student in his class. His focus and indefatigable work ethic led him to write his first peer-reviewed paper as an undergraduate student and eventually would lead him to his current studies as a Ph.D. candidate in the Department of Mechanical and Aerospace Engineering (MAE) at Princeton University.

Yang’s research is in phase-field modeling, a computational method used to solve interfacial problems between materials at the mesoscale level, which for materials is generally between 100 nanometers and 5 micrometers.

Researchers use such modeling methods to make predictions about the innerworkings of materials to provide important insights before physical experiments take place. Phase-field modeling helps to answer such questions as why some materials change their structure and behaviors under certain conditions while other materials are unaffected.

As an undergraduate student in materials science and engineering at SJTU, Yang conducted molecular dynamics (MD) computational studies on a range of thin-film metallic materials. MD is a computational method used to explore the interactions of atoms and molecules in real time. In solving certain equations computationally, researchers can make these time-based interactions as realistic as possible while testing them within various parameters, such as temperature, pressure and moisture.

During this time, he wrote his first paper, published in Elsevier’s Computational Materials Science journal (2016).  In the article, chosen as the Editor’s Choice paper, Yang proposed a new formula by modifying several existing formulas to determine the correlation between supercooling (which happens when a liquid is below its freezing point but doesn’t solidify) and the thermophysical properties of liquid nickel aluminide alloys.

These metallic materials, which can withstand high temperatures and are corrosion resistant, have gained renewed interest over the last 20 years as thin films and coatings that potentially could be used in extreme environments, such as those found in incinerators and gas turbines.

When Yang applied to MAE graduate studies program in 2016, MAE Professor Mikko Haataja knew immediately that Yang would fit in well with his research group.

“Yang’s background and work were very relevant and appropriate for the kinds of things that my research group is involved in,” says Prof. Haataja, who is Yang’s advisor. “We were excited to have him begin working with us as soon as possible.”

Prof. Haataja’s research involves using computational tools and models to learn theoretically how materials behave. His interests include growth of electrodeposited thin films, recrystallization kinetics and signaling in cells, among other areas.

Now in his third year as a member of Prof. Haataja’s research group, Yang is nearly done with his initial research project, with two forthcoming papers.

Yang has been studying transition metal dichalcogenide (TMD), a family of new semiconducting materials that has attracted immense attention in recent years for their unique electrical and optical properties.

Using phase-field simulation, he’s investigating how the electrical, mechanical and other properties of these 2-D materials change when they are deformed by stretching or adding pressure or other type of tension. For example, a localized defect created by stretching or depressing a certain area of a TMD thin-film sheet could turn this precise area of the semiconducting material into a conductor.

“We want to fully understand how these materials work and control how they are produced,” Yang says.

One potential application is the ability to print circuits that are reconfigurable. Different types of arrangements of these mechanical deformations could be used to induce the configuration of circuit channels, for instance.

Both in his undergraduate and graduate work, Yang has largely focused on understanding how two-dimensional materials behave in various environments. Such materials consist of a single layer of atoms, or a few atomic layers at most, that strongly bond together to create thin films which typically have different electrical, mechanical and other properties than their bulk counterparts.

“Over the last 10 years, there’s been a lot of interest in understanding what happens to materials when you make them really thin,” Prof. Haataja says.

Yang has also begun a second project in collaboration with Craig Arnold, the Susan Dod Brown Professor of Mechanical and Aerospace Engineering, and Rodney Priestley, professor of chemical and biological engineering, who are both experimental researchers. In this research, the team is investigating the crystallization properties of extremely thin polymer domes on surfaces.

“Yang is very diligent, hardworking, and also is becoming more confident in his work every year,” Prof. Haataja says. “He’s not afraid to follow his own instinct when he thinks there is something in the research that no one else can quite see initially.”

In his spare time, Yang plays various recreational sports, such as swimming, football and ping pong. He also has an affinity for video games, particularly Dark Souls, a challenging action role-playing game. But even as he sees playing his favorite video game as a leisure activity, his mind and determination are in full force.

“I learn a lot from video games, and Dark Souls is super hard,” Yang says. “I remember a comment from one of the players who said the only thing you need to do is to just survive the game, and when you die, you rise and start again.”

It’s a reminder of how he landed where he is today. He says, “I just keep going.” 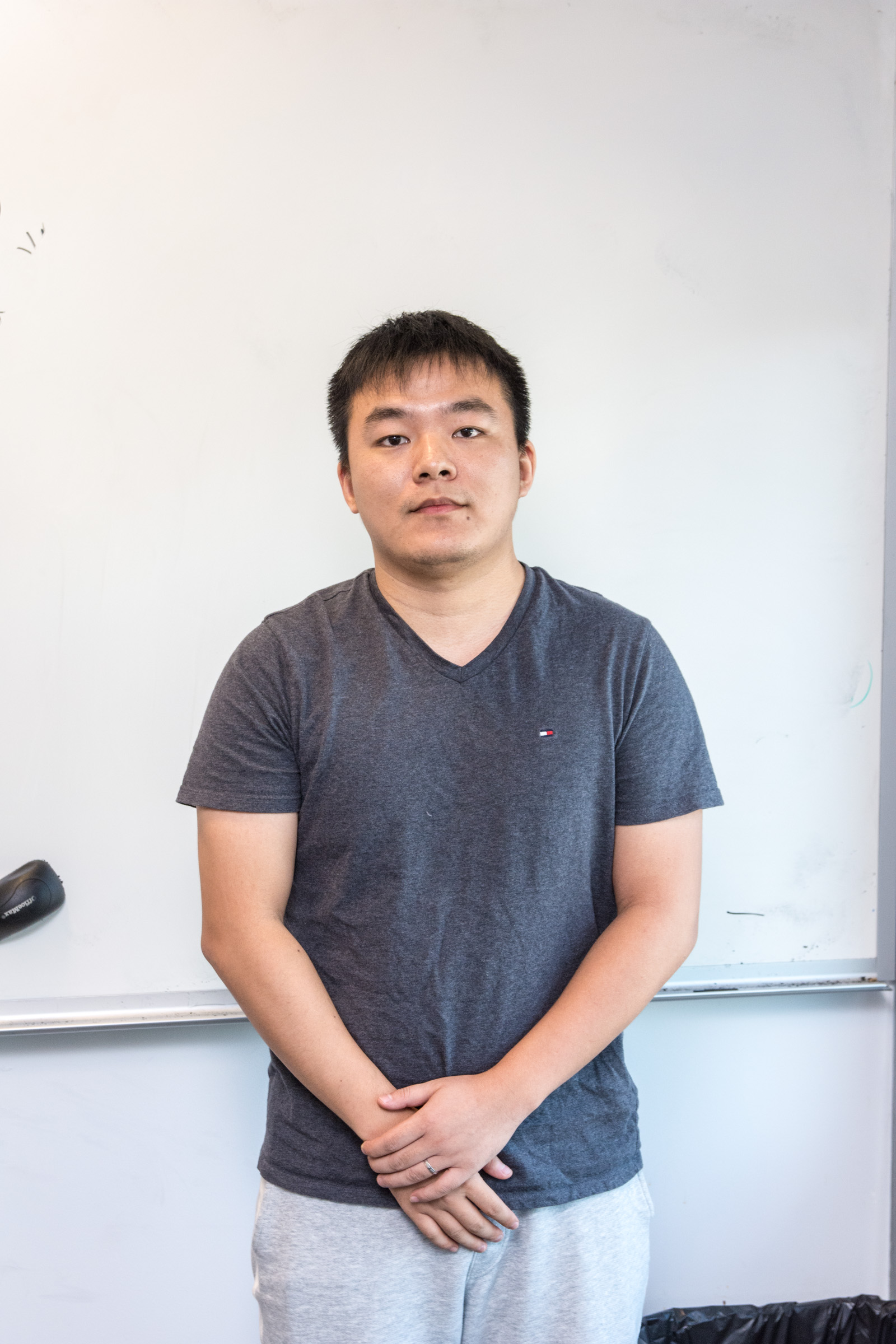