Matthew A. Heinrich: Serving Aces on the Court and in the Lab

Matthew A. Heinrich will never forget the funny list of requirements Assistant Professor Daniel Cohen, PhD, had when he signed on as the third-year grad student’s co-advisor. If Matt wanted to work in a lab that uses micro hand motions, he needed to have steady hands. That meant no stimulating cups of coffee and top-notch hand-eye coordination.

Thankfully, Matt had never cared for a morning cup of Joe. And as far as the second prerequisite was concerned, well, Matt and his other co-advisor, Andrej Kosmrlj, Assistant Professor of MAE, could not help but laugh. Not only had Matt been ranked the second-best college tennis player in the nation among Division-III athletes, but he also played in the pros.

“I was laughing because at the time Professor Cohen had no idea that I played tennis,” Matt says. “The ironic part, however, is that I have since found out tennis and micro hand-eye coordination have fairly little to do with each other.”

Unlike some MAE engineers who start building rockets in their basement in grammar school, Matt says he was simply a well-rounded kid. He loved playing tennis, learning the French horn, and solving math problems. In fact, it is Matt’s well-rounded character that inspired him to merge theoretical and experimental disciplines for his graduate work at Princeton.

“Balancing experiment and theory is challenging, but I feel like this marriage of research fields is a fruitful combination because it has the potential to make me a more versatile researcher. The two are inextricably linked—you need theory to explain your experiments and real results to make an impact in the real world,” he explains.

Matt hopes that impact will one day revolutionize medical technology. He first became interested in merging physics and biology as an undergraduate at Stevens Institute of Technology. As a junior, Matt worked in a laboratory fabricating a microfluidic device that could be implanted in an eye to relieve pressure from a disease like glaucoma.

“My main motivation for pursuing research was to apply engineering to the medical and biology fields. I enjoy solving problems as an engineer, so working in biophysics has allowed me to have a hand in both,” says Matt.

It was not until Matt began writing graduate admissions essays that he realized how much his parents inspired those passions. His mother was a physical therapist and his father was a mechanical engineer. “I grew up just outside of Nashville and I watched my mother make people’s lives better by helping them walk and my father use the power of engineering to solve problems,” he says.

Today, Matt has merged those two professions, working at the intersection of biology and engineering.

“Matt is extremely curious with keen interest in problems at the interface of engineering, biology, and physics, which fits well with my interdisciplinary research interests.  While Matt was primarily interested in experimental research, when he entered Princeton, he took on the challenge to learn about the theoretical and computational modeling of biological systems. As a standout athlete Matt knows how to push through the ups and downs that naturally occur in research,” says Professor Kosmrlj.

“The inspiration for my work with Professor Cohen comes from looking at sheepherding. We are trying to steer tissues of cells that are working with each other similarly to the way sheepdogs are able to steer large groups of sheep using inputs around the herd,” explains Matt.

Matt is also exploring ways to steer collective tissues using artificial boundaries. To achieve this, he patterns down a protein in a certain shape, where tissue can only occupy the space coated with this protein. After the tissue is released to migrate out of the initial shape, the protein pattern may cause it to migrate preferentially in one direction or another.

His work with Professor Kosmrlj focuses on coarse-grained modeling of collective behavior of cell tissues. In many of his simulations, the experimental tissue is modeled as a collection of many cells that interact with each other and obey certain rules, which are based on the relevant physical mechanisms. His goal in this work is to explain observed results from his experiments and bring more insight into what fundamental physics is governing the tissue behaviors of interest.

It might be assumed that Matt’s aptitude for physics—from the angles of the court to the projectile motion of the ball—would give him a leg up on the tennis court. But Matt says it is actually the opposite: tennis informs his research.

“When I have a problem in the lab, I draw on the key approach I use in practice to rework my serve or modify my footwork: persistence,” he says. “If something doesn’t work, I keep trying different things until something sticks—and when it comes to cells it quite literally has to stick!”

After all, when it is Matt’s turn to serve in the lab or on the court, he is always aiming for an ace. 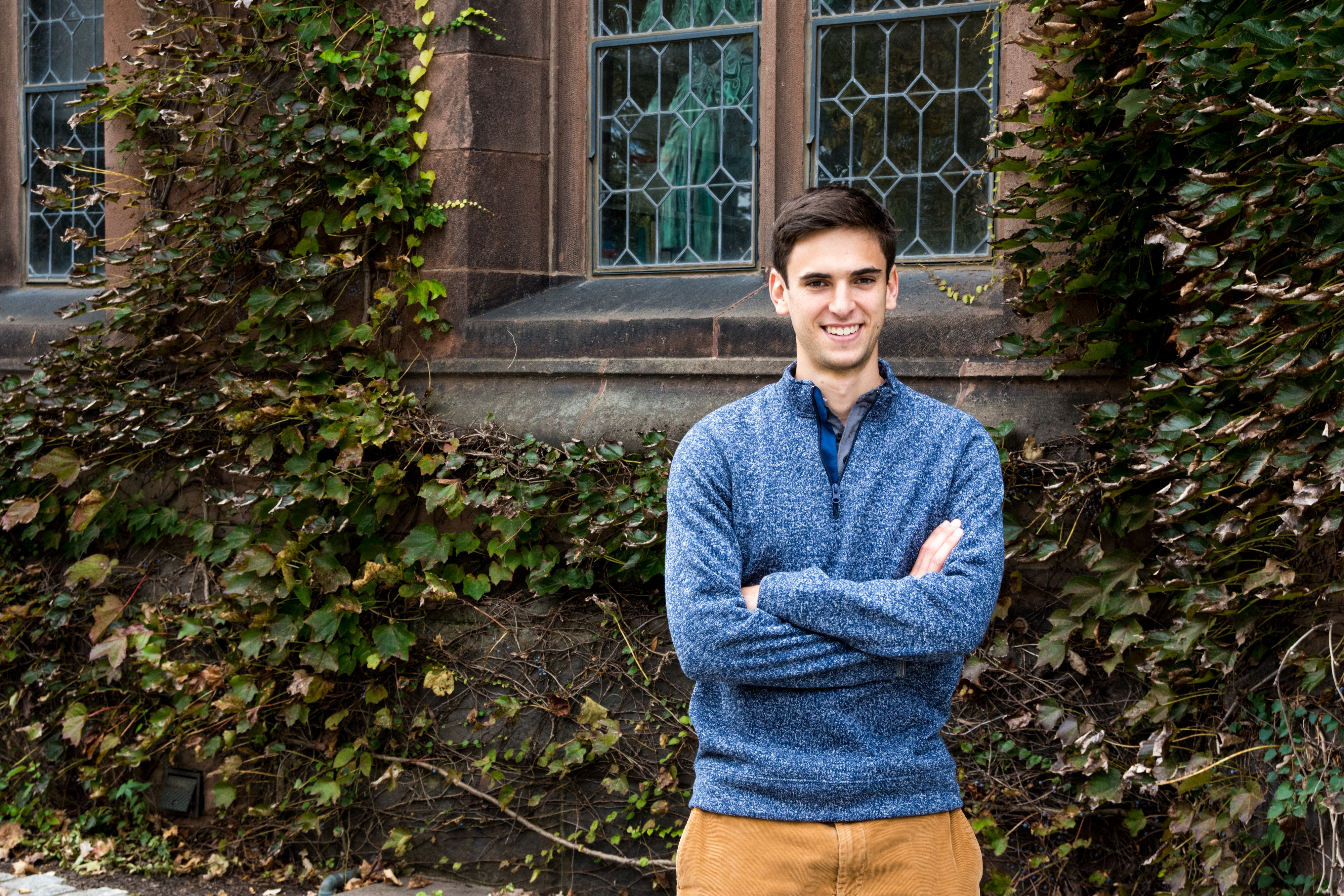