Chuck Witt’s research may occur on a very small scale, but his insights have large-scale applications. As a scientist who studies quantum mechanics, Chuck seeks to understand the quirky laws of physics that govern the behavior of the teeny-tiny atoms, electrons, and other particles that make up the world around us.

“Every piece of material is made up of a unique arrangement of atoms,” explains Chuck, a third-year PhD student in the Department of Mechanical and Aerospace Engineering at Princeton University. “My job is to understand the mysterious set of laws that cause a particular jumble of atoms to form a material with the properties we experience. For example, why metals conduct electricity and insulators do not.”

Ever since Chuck took his first engineering course, he has been captivated by the idea of using math and science to solve challenges.

As a child who grew up visiting national parks on summer vacations, Chuck was inspired to channel his interest in physics to create solutions that conserve the natural world. Today, as a researcher at the Andlinger Center for Energy and the Environment, he uses quantum mechanics to develop computer algorithms that can predict the properties of substances like metals and alloys based on their underlying atomic and electronic structure. This knowledge will ultimately be used to improve the raw materials that are used to construct green technologies.

“The understanding of quantum mechanics has tremendous potential for developing advanced technologies that provide more sustainable energy solutions,” explains Chuck who is still an avid outdoorsman and enjoys hiking and skiing. “For example, by developing new, lightweight alloys, better materials for collecting solar energy, or the ingredients for long-lasting batteries, we can help ameliorate concerns about climate change and work towards energy independence.”

One key to informing energy research, Chuck says, is developing more efficient computer programs. Today, most computational research in quantum mechanics relies on supercomputers. However, these high-speed computers, which are available at major universities like Princeton or at national laboratories, are expensive and difficult for many researchers to access. That is why Chuck is creating new computer programs and codes that would allow these complex calculations to run on a simple desktop.

“It could take thousands of hours to analyze a complicated material that has many different types of atoms,” says Chuck. “But with a deeper understanding of the physics, we can make more efficient computer programs that can complete the same analysis on a laptop in much less time.”

Chuck creates these programs by combining two prevailing quantum mechanics computational techniques. For the past few decades, scientists have been using a modeling method known as density functional theory (DFT) to understand the structure of materials. There are two main variants of DFT: Kohn-Sham DFT is the more common and accurate approach, while orbital-free DFT is less reliable, but offers a faster and cheaper alternative. The two approaches differ in how they approximate the kinetic energy of a system of electrons.

Traditionally, the two DFT theories have been viewed as separate paradigms. However, Chuck’s research aims to demonstrate that a hybrid approach can offer the strengths of both theories with potentially none of the weaknesses.

“We anticipate that Chuck’s new, efficient computational method will permit very fast simulations of the behavior of all types of materials containing any element in the periodic table,” says Emily A. Carter, PhD, Founding Director of the Andlinger Center for Energy and the Environment, who also serves as Chuck’s advisor.  “In the short-term, we expect this new simulation method will inform studies of materials under consideration for many energy applications, ranging from lightweight energy-efficient vehicles to fusion reactor walls and next generation lithium-ion batteries.”

When Chuck completes the PhD program, he plans to pursue a career in academia. Growing up in Pennsylvania with two parents who worked as educators—his father taught high school calculus and his mother at a local college—sparked his early love for both education and math. During an undergraduate research internship in a biomechanics laboratory at Harvard University, Chuck’s interest in teaching was solidified even further.

“I had never encountered professionals who were so deeply passionate about their areas of expertise,” says Chuck. “As a profession, academia provides the perfect platform to seek new insights in science and mathematics that will benefit those around me.”

Chuck says the professors he admires most exert a powerful influence on their field, institution, and surrounding communities. Already, Chuck has followed in their footsteps as a steward of his own research. While receiving his master’s degree at the University of Virginia, Chuck’s work explored fluid flow within a gas centrifuge, which is the most economical means for producing enriched uranium to fuel nuclear reactors. Concurrently, he worked with the Washington D.C.-based Institute for Science and International Security to develop tools for examining centrifuge facilities across the world that would help assess their capacity for weapons production. Today, he also runs an energy discussion group at Princeton.

But what Professor Carter says is most admirable about Chuck is that he is unafraid to question conventional wisdom. “This is an outstanding quality for a budding researcher, as it forces those around him to be rigorous and reconfirm or question their understanding and assumptions,” she says. “Chuck brings creative, new ideas to his research, rather than just following a prescriptive path.” 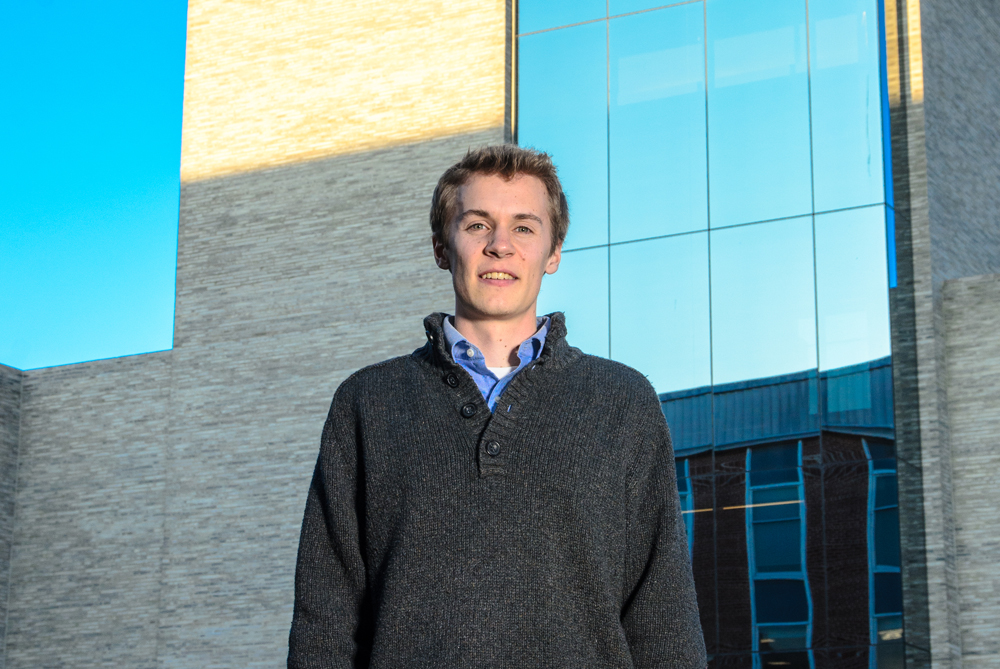