Ask Chris Reuter ’18 about his research and he will tell you he works with cool flames. Chris says this in part because his work is fascinating, but also because these flames are actually low in temperature.

“We are not talking about the type of flames that appear when you light a candle,” explains Chris, a graduate student in the Department of Mechanical and Aerospace Engineering who specializes in combustion engineering. “These cool flames are in a category known as low-temperature combustion, and there is a special type of chemistry that governs them.”

One of the most important applications for these unusual flames is in automobile engines. For the most part, the combustion that powers our everyday life—such as turning on a furnace, car engine, or gas stove—produces energy by giving off heat at high temperatures. But cool flames, which can burn as low as 300 degrees Celsius, are actually a very short-lived, yet important, part of many initial ignition processes, known as low-temperature ignition.

“There are a lot of different ways that we burn fuel today,” says Chris. “As a society, we have been looking more towards exploring wind and solar power. But if you are relying on wind turbines and the weather is not right, you still need to crank up the gas. At the end of the day, it is hard to beat combustion as a reliable energy source.”

Unfortunately, in cars, the heat that is generated from internal combustion engines also causes a release in pollutants from exhaust. As a result, even a small reduction in the amount of emissions produced could have a powerful impact on the environment. The question Chris wants to answer is: how do we use low-temperature ignition to optimize the combustion process?

The answer, Chris says, lies in understanding cool flame chemistry. Ever since these low temperature flames were first discovered in 1817, they have been a continual source of curiosity—and frustration—for many scientists. Until recently, the unstable flames were thought to last only a few short milliseconds, making it cumbersome for researchers to study them in the laboratory.

For two years, Chris, and his advisor, Yiguang Ju, PhD, the Robert Porter Patterson Professor of Mechanical and Aerospace Engineering and lead researcher on the project, have been working together to create an environment that allows scientists to analyze these cool flames. By using a burner with two nozzles and adding ozone to the mixture inside the combustion chamber, they have been able to produce steady, self-sustaining cool flames. Chris says the idea to use ozone came from plasma-assisted combustion research that had been done previously in Professor Ju’s laboratory.

“It was very difficult to get these flames to burn at first,” explains Chris.

“But now that we can study them, we can see that cool flames are one of the more promising avenues in energy research. Since low-temperature combustion produces less heat, it has the ability to keep the engine efficient and produce lower emissions by reducing soot and nitrogen oxides. Our findings will help contribute to the development of advanced low-temperature combustion engines in the future.”

Chris’s research has already led to an important discovery. For the first time in the field, he successfully demonstrated that cool flames can burn much leaner and richer than normal hot flames. Says Dr. Ju: “Thanks to Chris, these experiments have significantly advanced our understanding of cool flame dynamics and chemistry.”

In 2014, Chris received a Post-Graduate Innovation Award in Space Life and Physical Science Research for a paper he wrote for the NASA International Space Station on cool flames. He also received a National Defense Science and Engineering Graduate Fellowship from the Department of Defense.

Taking basic knowledge from the laboratory bench and applying it to a process that has real-life implications for people was what drove Chris to become an engineer. Growing up in New Orleans with two parents who had degrees in mechanical engineering, Chris enjoyed figuring out how things worked from a very young age. From drawing pictures of lawnmowers for him as a toddler to helping him find missing Lego pieces, Chris credits his mother and father with sparking his early fascination with engineering and science.

In the summer of 2015, Chris was selected for the University Turbine Systems Research Fellowship at Siemens Energy. He had the opportunity to design and test new gas turbines for natural gas power generation.

“This opportunity offered me a new perspective on how my work may practically lead to industry,” says Chris. “Being a graduate student at Princeton has offered me a great balance between the fundamental and applied sides of my field. There is an intense focus on learning the basic science in the lab, but I also have had the opportunity to work outside in an applied setting with colleagues who have combustion PhDs.”

In the times Chris is not in the combustion laboratory, he can often be found volunteering for the Aquinas Institute, Princeton’s Catholic Campus Ministry, traveling around the mid-Atlantic, or watching basketball.

“Chris is a very smart student and a talented researcher,” says Professor Ju. “I am excited to see what he can unravel next about the cool flames that have long been a mystery to scientists.” 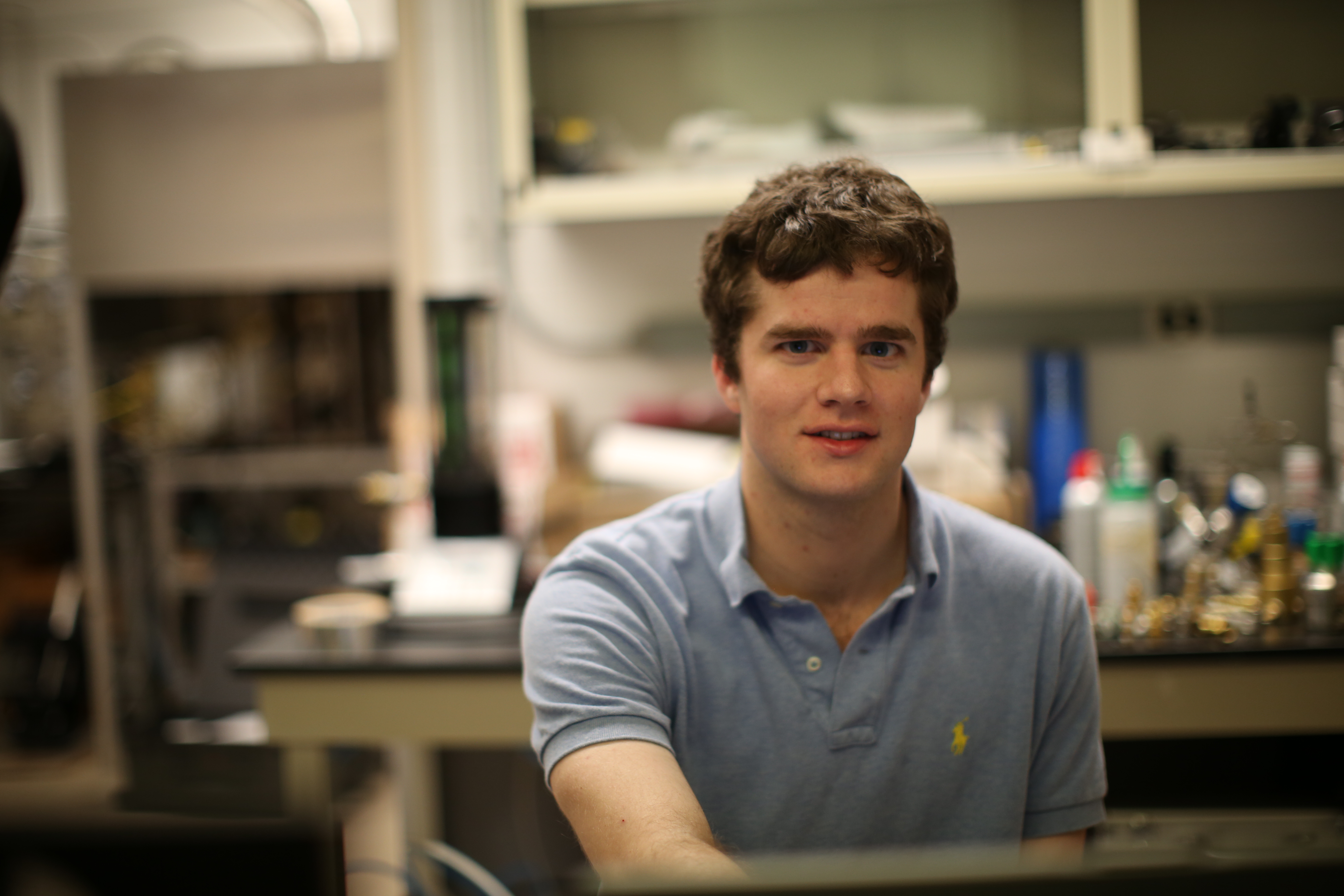