Granular matter is very common --- sands, soils, raw materials, food stuffs, pills, powders --- but the challenge of predicting the motion of a collection of flowing grains has proven to be a difficult one, from both computational and theoretical perspectives.  Grain-by-grain discrete element methods can be used, but these become computationally unrealistic for large systems and long times.   A broadly accurate continuum model would be ideal as it could provide a much faster means of calculating flows and stresses in real-world problems, such as those encountered in industry and geotechnical applications.
Motivated by this challenge, in this talk we present a new constitutive relation for granular matter, which is shown to produce quantitatively accurate predictions.  The model emphasizes the key importance of cooperativity in the granular flow process through the inclusion of a grain-size-dependent length-scale within the rheology.  Upon calibration of the model's three material parameters, solutions of the model are shown to be in quantitative agreement with over 160 experiments in several different families of geometries, including the split-bottom cell, which had previously evaded continuum models.  The same model is then shown to reconcile a number of other unusual manifestations of nonlocality in granular media, such as the motion-induced "quicksand" effect, wherein flow at one location effectively removes the yield stress everywhere, and the observation that thinner granular layers behave as if they are stronger.
We conclude by examining circumstances where nonlocal effects are less significant, enabling modeling simplifications that can lead to reduced-order tools.  For example, intrusion forces on macro-scale objects are often well-captured using a basic frictional plasticity model, which allows us to theoretically describe the previously-empirical Resistive Force Hypotheses.  Using dimensional analysis of the plasticity system, we have identified a set of scaling laws inherent to the problem of granular locomotion.  The results suggest a new down-scaled design approach to granular locomotion, reminiscent of scaling laws used in fluid mechanics.

Ken Kamrin received a BS in Engineering Physics and a minor in Mathematics at UC Berkeley in 2003, and a PhD in Applied Mathematics at MIT in 2008. Kamrin was an NSF Postdoctoral Research Fellow at Harvard University in the School of Engineering and Applied Sciences before joining the Mechanical Engineering faculty at MIT in 2011, where he was appointed the Class of 1956 Career Development Chair. Kamrin's research focuses on constitutive modeling and computational mechanics for large deformation processes, with interests spanning elastic and plastic solid modeling, viscous and non-Newtonian flows, amorphous solid mechanics, upscaling and continuum homogenization, and analytical methods for fluids and solids. Kamrin has been awarded fellowships from the Hertz foundation, US Defense department, and National Science Foundation. Kamrin received the 2010 Nicholas Metropolis Award from APS for work in computational physics, the NSF CAREER Award in 2012, the 2015 Eshelby Mechanics Award for Young Faculty, the Ruth and Joel Spira Teaching Award from the MIT School of Engineering in 2016, and the 2016 ASME Journal of Applied Mechanics Award. 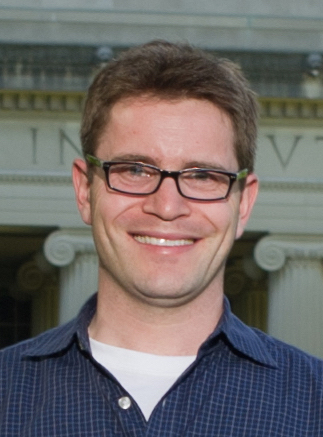