Mattie Baron’s dual-identity as a junior Mechanical Engineering major and a sprinter on Princeton’s Women’s Track & Field team, seems to be rooted in a passion for empirical problem solving: “I was in a Robotics program in middle school and my favorite part was building the robot, not programming it or presenting it. I loved putting it together and tinkering with the parts.”

“I think of track as a lot like engineering because each training cycle you try something and say, ‘okay, what was I missing here?’ and then you have the next cycle to tinker with something to see if it makes you better or faster.”

To those who know Mattie Baron the best, it’s this thoughtful scrutiny of situations to assess how to solve the problems they pose, that makes her tick.

Where did this penchant for sprinting and engineering begin? Close to home in Colorado Springs where Mattie’s parents are in the aerospace field (her father, career military, is a satellite engineer and her mother is a professor), and her high school cross country coach just happened to teach Honors and AP Physics. It didn’t hurt that she was the fastest kid on the playground.

But Mattie brings something else to the table. Daniel Nosenchuck, Associate Professor of Mechanical Engineering, calls it an engineer’s “intuition”: “Intuition as I’m using it is not something one is born with as the word might suggest, but rather something that is instilled in an engineer over time through experience.”

“Engineers tend to mature much later because they need experience to know how to solve such broad-based problems. As an engineer, you get to the point where you don’t have to sit down with a pencil and paper and work out anything, you just close your eyes and draw on that large pot of knowledge and trust something will work because of all the work that’s come before. Intuition is not something you can put your finger on, but Mattie seems to have that maturity now. It’s quite unusual.”

While intuition is hard to put your finger on, there is some consensus about how Mattie collects her “large pot of knowledge,” whether she is in a Heat Transfer class or on the track. Both Nosenchuck and Mattie’s track coach, Reuben Jones, describe her the same way: “extremely tenacious in her desire to understand.”

Nosenchuck continues: “When you talk to Mattie, she’s looking at you and listening, but she’s almost looking beyond you to a picture she’s attempting to form in her mind until she has an epiphany that allows her to go forward—to make a design or solve a problem.”

Coach Jones concurs: “You can see it in her eyes. Mattie is so focused on what you’re saying, you have to be exact. You can’t throw in any fluff. She’s made me a better coach for the whole team because of her attention to detail.”

But Mattie’s problem solving is not just for herself; she’s only satisfied if that understanding can help others.

“When I was little, I wanted to be a doctor. I know it sounds sort of cliché but I wanted to help people and being a doctor seemed like the most direct way to do that. I guess that’s carried over into what excites me now---helping people through some combination of medicine and engineering.”

“Because I had such a hard time figuring stuff out, I look forward to helping other people figure it out. On our track team, it’s not a hierarchy; everyone wants to help each other. And that’s true of the engineering community, too.”

Mattie has done well finding research and work opportunities that reflect her interests. This summer, she’ll be working in the Engineering Division of the Mayo Clinic in Rochester, MN.  “I’m super excited for this opportunity. I’ll be working in one of three areas: designing surgical tools, working with their laser cutter to experiment on different types of materials, or running jobs for their 3-D printer.”

“When blood gets damaged, the red blood cells break and spill their hemoglobin, so they can no longer carry oxygen. Right now, the only way to tell how damaged your blood is, is to take a sample, put it in a centrifuge, and look at its color because hemoglobin is darker than normal blood. Since hemoglobin has a lot of iron, we know that when the blood is damaged, the conductivity is higher. Because blood gets damaged when you’re pumping it through something mechanical, like a dialysis or heart/lung machine, the end goal would be to have a hemolysis meter attached to the machine and have the blood flow through plates where our device could non-invasively detect its conductivity in real time, allowing doctors to monitor dangerous changes faster.”

“I’ve only been working in the lab for about four weeks, but it was one of those projects that when I saw it, I was like ‘Wow, I have a really cool major.’ It’s a really powerful feeling to know you can do something like this.”

Mattie’s enthusiasm for her major comes through plainly as she talks about all she’s learned. “I’ve gained all these skills from my engineering education that I want to use, and I think this is how I want to use them, but I’m interested in teaching, too.”

Last summer, Mattie taught English in India through Princeton’s International Internship Program. “Traveling abroad is such an important part of learning; it makes you think about everything you do. For example, I’d never questioned the fact that I used a fork to eat. They didn’t use forks. And you’ll never burn your tongue if you use your hands; you can feel the temperature of your food, and you can interact with your food more and savor it.”

“It was very challenging but very rewarding. And there was so much more I learned independent of teaching, so I still don’t know if teaching is something I’d be good at.”

“But I think teaching is still on my radar. Maybe coaching, too.”

That’s good news for curious young tinkerers outrunning their friends on the playground. 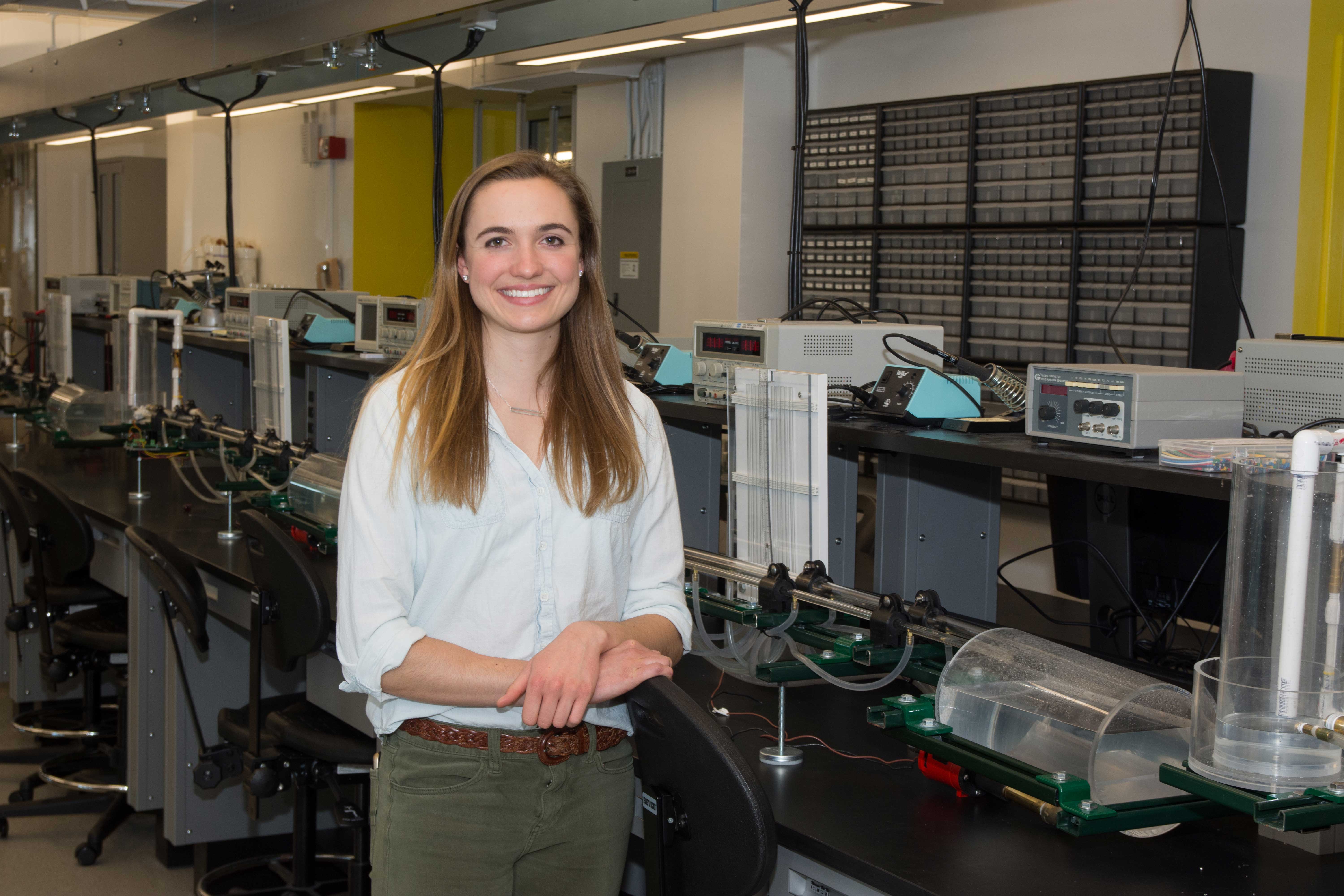