Joshua Umansky-Castro: From Peru to Mars and Beyond

Seemingly small twists and turns in life can lead to a bright and expansive future. For Joshua Umansky-Castro, photography as a hobby in high school, as well as a keen curiosity to explore new vistas, led him to the establishment of renewable energy sources around the world and a pivotal role in developing a rocket for travel to Mars.

Joshua, who will receive his BSE in Mechanical and Aerospace Engineering in June of this year, was once the “official” photographer for family events and vacations. And like many aspiring engineers, he excelled early in math and science and had an interest in how gadgets work.

“I would take things apart—a discarded radio, a broken laptop—then try to put them back together,” he said. “My dad is a postal worker and my mom, who is from Costa Rica, worked as a nanny before she had me and my sisters to take care of. I had never met an engineer before.” However, at the suggestion of his school advisors, Joshua decided to pursue engineering as a career. Joshua was accepted to other Ivy League universities, but Princeton’s offer of full financial aid, its emphasis on giving focused attention to undergraduate students, and opportunities for international travel helped make this school his final choice.

One of Joshua’s first classes as a freshman was a seminar course in photography. The new perspective he gained from the seminar inspired him to invest in his own high-quality cameras and lenses, hire himself out on campus as a photographer at student events, and take pictures on his own of nature and interesting buildings. Then things really began to heat up.

During the summer of his freshman year, Joshua embarked on a trip to Athens, Greece for a seminar on modern Greek literature and photography. “It was an amazing opportunity. I took plenty of photos, met Greek photographers, and saw all the famous architectural sites.”

Soon after that, he went to La Libertad in the Peruvian Andes as a member of Engineers Without Borders-USA, an organization with 300 chapters nationwide that connects communities in developing countries to engineers that can help them meet specific infrastructure needs. “I got accepted onto the travel team as a photographer and videographer,” Joshua recalled. “We designed and built potable water distribution systems to bring clean drinking water to each household. Otherwise, villagers would have to hike up the mountain to find a natural clean source of water or go down to the valley below to get water from another town. If they didn’t have time to do that, they would use irrigation water that is heavily polluted with mining waste.” Since then, Joshua has traveled to Peru twice more, serving as project manager in 2016. During the year of his leadership, Princeton University’s Engineers Without Borders chapter was named as the organization’s Premiere Student Chapter.

Continuing to use his engineering background to improve people’s quality of life, Joshua subsequently worked in Cambodia as part of an internship with NRG Solutions helping rural communities transition from use of kerosene lamps and car batteries to the more sustainable option of solar panels. He also designed larger scale systems for hotels, schools, and offices, as well as smaller kits for rural electrification in off-grid regions. Joshua further pursued his interest in renewable energy the following summer during an internship with AECOM that involved large-scale and international development–focus power generation and distribution projects.

For Joshua’s senior thesis project, he is combining his engineering knowledge with his love of photography. Working in the Electric Propulsion and Plasma Dynamics Laboratory (EPPDyL), Joshua is designing and prototyping a video diagnostic system for the lithium Lorentz force accelerator (LiLFA), which is a high-power plasma thruster intended for deep space propulsion of heavy cargo and human-piloted spacecraft to the moon, Mars, and beyond. A live-feed video will allow researchers to observe the onset phenomenon, correlate electrical arcs to the large voltage oscillations being read, and help facilitate the thruster firing procedure by providing convenient visual confirmation of propellant priming. The camera will need to survive temperatures of more than 1,000°C, the absence of any sort of atmosphere to help with cooling, and a highly reactive propellant that solidifies on surfaces and blocks the field of view within seconds. Moreover, it all has to be wireless in the presence of a 30 kW plasma arc.

“It’s a giant mechanical design problem in which I've had to apply everything I’ve learned in my courses thus far. It took a while to go from tackling problem sets to being able to create mechanisms and devices,” Joshua says. “But getting exposure to the machine shop and learning how to manufacture things has been one of the most exciting parts of my Princeton experience. I’ve developed the attitude that if I don’t know something I will figure it out, and I hope the learning never stops.”

“Josh has been a major asset to our lab and the LiLFA experiment in particular,” says Will Coogan, graduate researcher for the project and Joshua’s mentor. “Josh has a strong work ethic, but more importantly, he has a knack for figuring out what to focus on. Our time is finite and he knows how to prioritize his.”

Edgar Choueiri, PhD, Chief Scientist and Director at EPPDyL, agrees. “Josh’s project is a very challenging one, working on adding a powerful diagnostic tool for our high-power plasma thruster experimental facility. Joshua is an exemplary undergraduate student working in a real research lab. He is diligent, creative, and hard working. He thinks clearly and gets problems solved.”

As for Joshua’s future, the possibilities are endless. “Being able to make something tangible, whether it be in Peru or in the lab, has given me the confidence to self-identify as an engineer,” he says. “On the one hand, I would like to pursue aerospace. Designing missions and building spacecraft to explore the planets around us, understanding our universe, and searching for life beyond our world has always fascinated me. To me, it is the ultimate form of exploration.

“But I would also love to continue this aspect of service that I’ve pursued wholeheartedly while at Princeton. Going to Mars is a huge deal, but at the same time, I want to make an impact on people’s lives right here on Earth.” 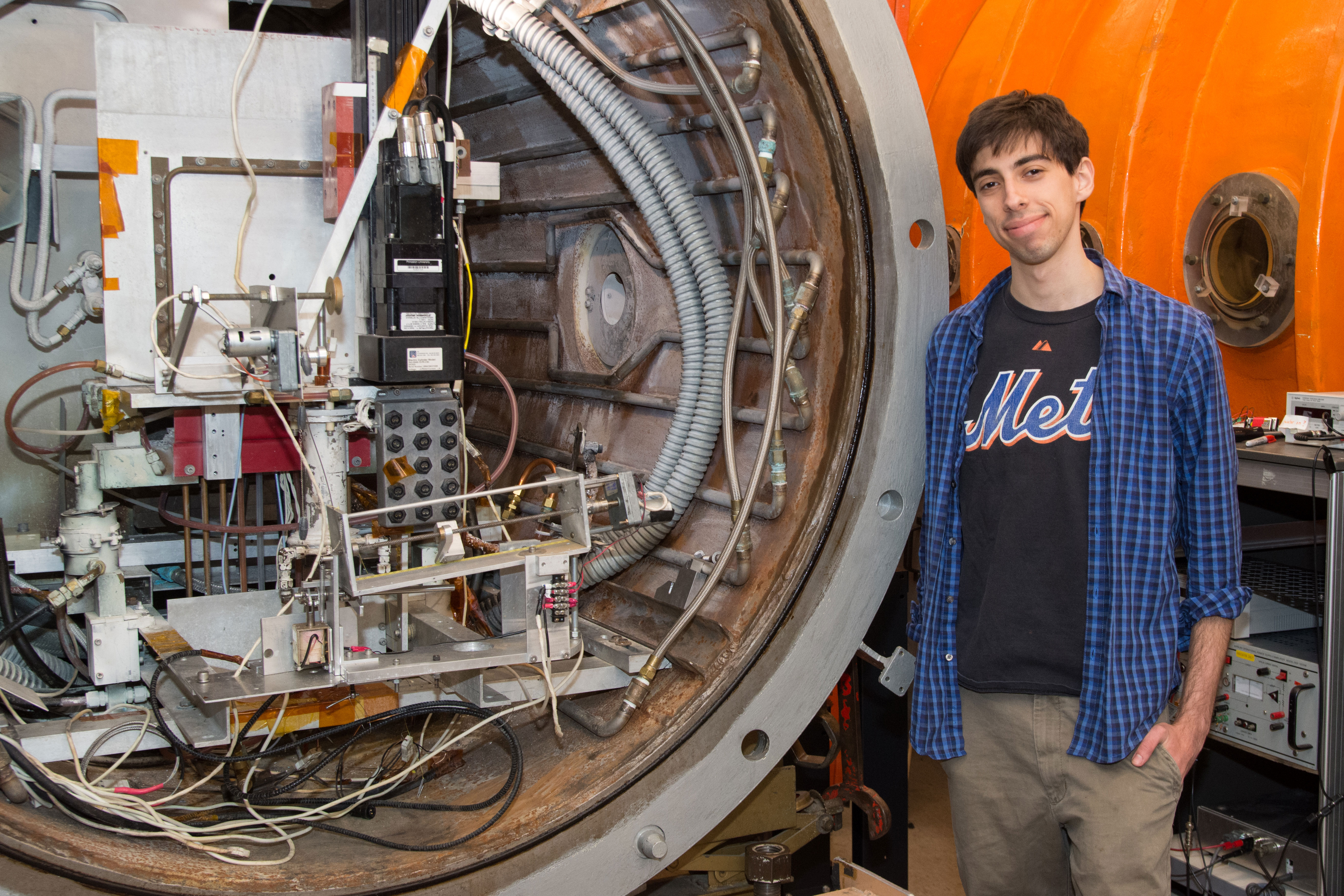