Marcus Hultmark: Learning about Fluid Mechanics can Influence Everything

He may not have realized it at the time, but Marcus Hultmark, has been tinkering with fluid mechanics since he was six years old. Growing up by the shore in Sweden, the open water was his neighborhood playground—and sailing and wind surfing were his childhood pastimes.

“Sailing is sort of a nerdy sport,” jokes Professor Hultmark who is now an Assistant Professor of Mechanical & Aerospace Engineering at Princeton.  “There is an incredible amount of aerodynamics and fluid mechanics involved. Unlike sitting on an airplane, out on the water you feel all of the forces and physics involved—the way the sails interact with the wind speed and direction or how the chop of the water affects the hull of the boat as it moves.”

Sadly, he says, sailing time is hard to find these days. But from those early voyages Professor Hultmark developed an unquenchable curiosity for understanding how forces in nature act on the world around him. From small interactions like blood flowing within a vein to larger events like gases mixing in the atmosphere to create a storm, Professor Hultmark says he continues to be marveled by examples of fluid mechanics everywhere.

He first came to Princeton nearly a decade ago as a visiting student. Since then, his research has focused primarily on an area of fluid mechanics known as turbulent flows, which involve large, chaotic fluctuations in the flow. From wind turbines to underwater vehicles, sensor technology, and disease-carrying mosquitos, Professor Hultmark’s wide project scope has resulted in patented hardware and one-of-a-kind testing facilities while contributing greatly to the basic understanding of fundamental fluid mechanics principles.

“When you study fluid mechanics it may seem like you are narrowing in on some small detail of science, but it is hard to think of anything that exists in nature or was man-made that has not been affected by fluids in their various states at some point,” he says. “That means if you can learn something fundamental about fluid mechanics, then essentially, you can have an impact on everything.”

That impact can already be seen in one of Professor Hultmark’s key projects, testing wind turbines. With ever increasing portions of our electricity being provided by wind power, it has become more important than ever to maximize efficiency and reduce the maintenance and production costs of developing new wind turbines. The challenge, however, is that new turbine designs are notoriously difficult to test.

“Wind turbines are not a small, green project anymore—they are an enormous energy source with even more untapped potential,” says Professor Hultmark. “The problem is that the models and engineering tools used have not kept up with the recent developments. They are essentially designing blind.”

Traditionally, researchers rely on either experiments—creating a prototype and testing it—or complex mathematical models to understand fluid dynamics. However, with wind turbines costing more than a million dollars to produce and measuring some 100 meters in diameter, building a smaller model that experiences the same fluid forces as a real turbine has been arduous. Similarly, developing exact computational simulations are still far too expensive.

That is until now. For the first time, Professor Hultmark has developed a scaled-down wind tunnel model to test turbine designs at Princeton’s Forrestal Campus research site. His team has already begun testing the new miniature turbines.

“We basically had to find a way to compress the whole world down,” he explains. “For example, say you want to scale-down the turbine by a factor of 200, then you need to compress the air by increasing the pressure by that same amount. Our current model operates in a wind tunnel that uses pressurized air, allowing us to study all the forces, powers, and fluid dynamics that an actual turbine experiences.”

Professor Hultmark’s contributions also extend to reducing power consumption. One project he is working on with the United States Navy uses nano- and micro-patterned materials to reduce the drag on objects when they are exposed to flowing fluids. These materials could be used in unmanned vehicles or other objects that travel in the ocean.

And then there are the projects Professor Hultmark never intended to work on. Across all of his experiments, there was one challenge that kept impeding his designs: obtaining accurate measurements. To study the extreme conditions in turbulent flows, he needed fast, high-resolution sensors that could provide more precise readings for velocity, temperature, and humidity.

So what does Professor Hultmark and his research team do when they get to a point in their research where they need a piece of equipment that is not available? They make it.

“We were not sensor people by any means, but we became sensor people out of necessity,” he laughs. “In a way, that is probably what made our technologies more effective, because we came at it from an application perspective—we knew exactly what the sensor had to achieve before we designed it.”

The sensors Professor Hultmark’s team developed have since spun into the start-up company—InstruMems and Tendo Technologies (currently in development), which deal with different sensing technologies for industry and other laboratories. With their compact size, these sensors can be used in a variety of applications, such as measuring flow parameters in automobiles to develop more efficient engines, monitoring atmospheric conditions to inform climate modelers, or monitoring the infusion rate of a medicine to improve how treatments are administered to patients.

In a way, the sensor project is the perfect example of what Professor Hultmark says he loves so much about engineering—ending up with something meaningful that you never even sought out to do from the start.

“Most of what I have achieved in life has been counter to my plan—I never planned for a PhD, to be a faculty member, or to develop sensors,” he says. “But that is what I appreciate and find fascinating about this job—and science in general—you can make it whatever you want it to be.” And Professor Hultmark, for one, can’t wait to see what comes up next. 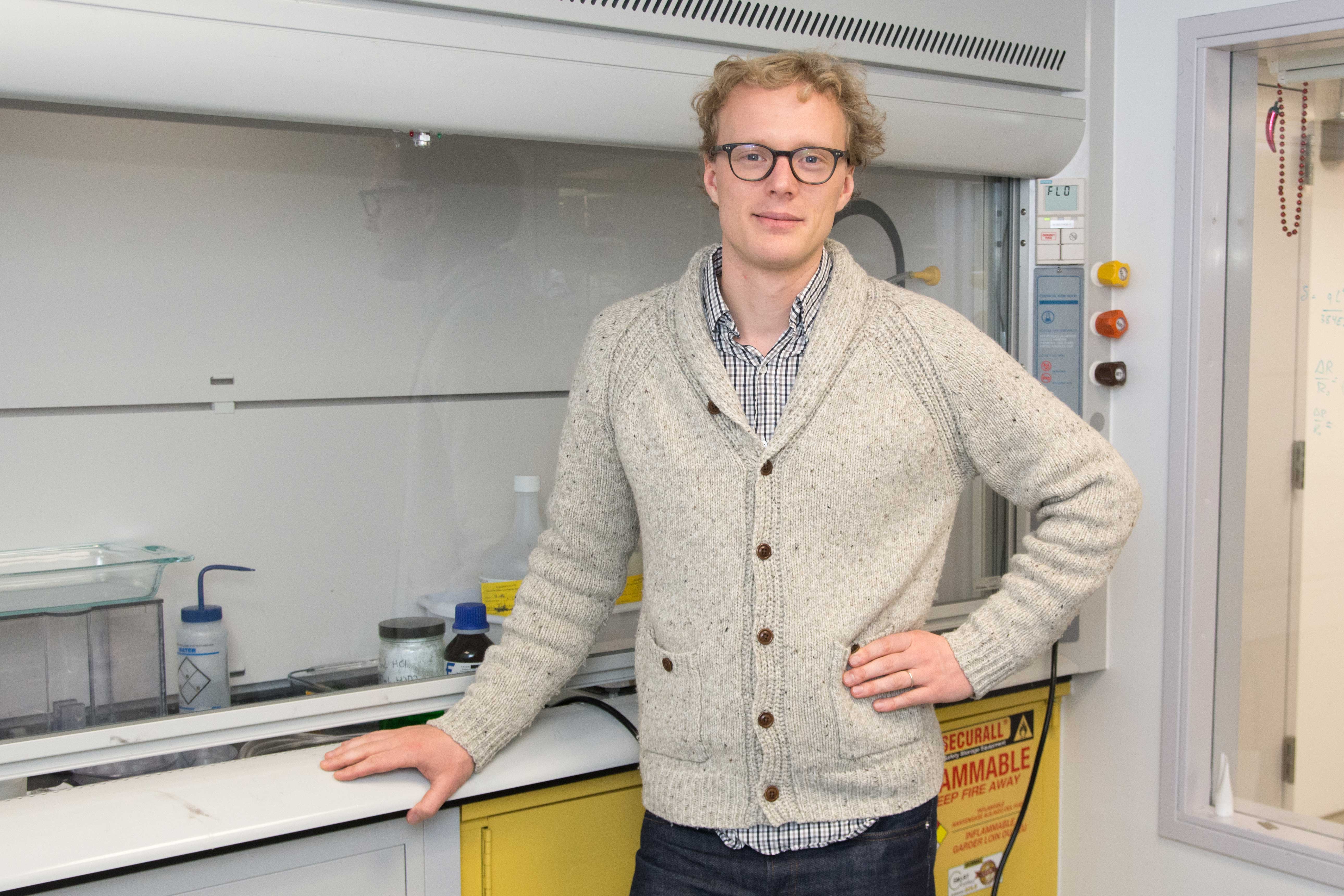