We are excited to announce that out of 566 applicants from 290 Universities in 15 countries, five undergraduate students from MAE were among the 40 selected to receive a Brooke Owens Fellowship. Read more about these extraordinary young women below!

Sophie Amiton is from all over the place—she grew up living in Bangkok, Beijing, and Bombay! At Princeton, she is majoring in Mechanical and Aerospace Engineering with a certificate in Applications of Computing. Previously she attended The American School of Bombay in Mumbai, India.

At Princeton, she’s part of Engineers Without Borders on the Dominican Republic Team, currently serving as the Community Team and Communications Director and Technical Team Member. Sophie is also active with Child’s Play Improv Comedy as their Publicity Chair. You can also catch her performing in shows with The Playwright’s Guild and Theatre Intime!

As a Brooke Owens Fellow, Sophie will intern with Sierra Nevada Corporation in Colorado.

Shannen Prindle is a sophomore at Princeton University majoring in Mechanical and Aerospace Engineering with a certificate in Astrobiology. Her love for science and engineering blossomed from watching a lot of MythBusters, being inspired by supportive STEM educators, and visiting the National Air and Space Museum down the road as a kid. As both a maker and researcher, her dual interests have gotten her hooked on anything and everything aerospace-related.

In school so far, Shannen has been involved with the design and fabrication of Princeton's first ThinSat satellite payload, which is scheduled to be launched into space in 2020. She leads project teams and serves as an outreach officer for the Princeton Rocketry Club, and obtained her level 1 high-powered rocketry certification doing so. She also started and is currently leading a Droid Team as part of the Robotics Club, which is working to build a life-sized BB-8 from Star Wars. During the summer after her freshman year, she was an engineering intern at Princeton Satellite Systems, involved with CAD modeling and machine learning projects.

Shannen is also extremely avid about STEM outreach. She enjoys filming and editing video projects for educational/outreach purposes, and served as an officer for Princeton's chapter of the Society of Women Engineers. Additionally, Shannen has been employed as an Explainer at the same museum she grew up going to— the Smithsonian Steven F. Udvar-Hazy Center— for over 2.5 years now, and immensely enjoys returning during breaks to share her love for space with visitors.

As a 2020 Brooke Owens Fellow, Shannen is excited to be conducting research at the Smithsonian National Air and Space Museum in the Center for Earth and Planetary Studies (CEPS). She plans to continue to pursue her passions for aerospace engineering, scientific research, and outreach as she ventures further into the fields of space exploration and human spaceflight!

Samarie Wilson is a junior at Princeton University pursuing a dual Bachelor’s degree in Mechanical and Aerospace Engineering and a minor in Robotics and Intelligent Systems. Originally from a small town in North Carolina, she is the first female engineer in her family. She was inspired to study engineering by watching her dad run his solar business and provide clean energy to many people in her community. She decided to study mechanical and aerospace engineering in high school when she fell in love with calculus and applied maths, and she continues to love her major the more she studies it.

Samarie is also interested in computer science, and has worked on several research projects for the Princeton University Computer Science Department and is an active member of the Robotics Club. Her favorite projects have been several medically assistive robots and an iOS app to combat domestic violence. She is currently working on building a drone from scratch and training it to fly autonomously.

From a family of artists, art is a large part of Samarie’s life. In her free time, she loves dancing, drawing, writing, and volunteering in the youth arts communities in Trenton. She thinks of herself as 40% artist and 60% engineer and is excited to see how she can combine these two identities.

Samarie’s first word was ‘moon,’ and she has loved space ever since she could speak. She is currently interested in making space more accessible to everyone.

As a 2020 Brooke Owens Fellow, she is very excited to be joining Avascent and hopes that she will be able to contribute to making space a more accessible environment during her internship.

Nina Arcot is originally from northern New Jersey and is currently a senior at Princeton University. While growing up, she developed a passion for space exploration, which was fueled by the opportunity to complete simulated space missions and learn more about the field at the Buehler Challenger and Science Center. Throughout high school, she was interested in chemistry and physics, and she combined all her interests by majoring in Mechanical and Aerospace Engineering and minoring in Materials Science and Engineering.

Outside of class, Nina has been involved with various projects through the Princeton Rocketry Club, including a high-altitude balloon and high-power rocketry certification launches. Last year, she led a team to design a soft robotic mini-arm end-effector for use on missions to ocean worlds, and this year she is part of a team working on NASA’s RASC-AL competition related to commercial cislunar space development. Beyond these project teams, Nina has helped coordinate various STEM outreach efforts, including presentations, community launches, and rocket-building workshops. She has also been involved with other education-related service groups, including STEMCivics Tutoring, Princeton Engineering Education for Kids, and SHAWCO Education while she spent a semester abroad at the University of Cape Town. In addition, she plays percussion in the Princeton University Wind Ensemble.

Nina has previously completed internships at the Princeton High Contrast Imaging Lab and at NASA Langley, where she synthesized and tested polymers for use in deployable composite structures. Last summer, she interned at Accion Systems as a Matthew Isakowitz Fellow, where she developed a manufacturing process for next-generation ion electrospray thrusters. This year, she is working on a senior thesis related to the additive manufacturing of lightweight metal alloys.

As a Brooke Owens Fellow, Nina is excited to intern at Virgin Orbit, where she will work on material testing with the structures team.

Beimnet Shitaye is studying Mechanical and Aerospace Engineering with certificates in Sustainable Energy and Robotics and Intelligent Systems at Princeton University. She has had a love for building and putting things together since spending time fixing little things with her dad around the house. Though she had her mind set on engineering, the concept of aerospace did not become a part of the equation until a second-grade science course that discussed the universe and revealed a world of new and exciting spaces for exploration. She did not revisit this initial introduction to the solar system and the concept of space until a high school astronomy course that further propelled an interest in not just the universe, but also the potentials for how we navigate through it.

For almost her entire Princeton career, Beimnet has worked for the Office of Sustainability attempting to make campus life less wasteful and raise awareness for how to make decisions that consider students' effects on the environment. She has also helped with organizing efforts to make Princeton's enormous and annual Reunions celebration less wasteful through the encouragement of the use of more reusable items and greater consideration of how to conduct such large celebrations while being mindful of environmental impact.

Beimnet has also worked passionately for Matriculate throughout her Princeton career. Matriculate works to provide mentorship for first-generation and low-income high school seniors applying to colleges. Both within the field of engineering and in general, she is incredibly enthusiastic about fostering diverse environments, especially in domains where there is a serious lack of representation.

As a Brooke Owens Fellow, she looks forward to spending her summer with XPRIZE, a non-profit dedicated to solving important issues and supporting creative solutions to those issues. Even further, she is excited to contribute to a field she has loved since a young age in a manner and through an organization that positively recognizes the significance of equality and inclusivity. 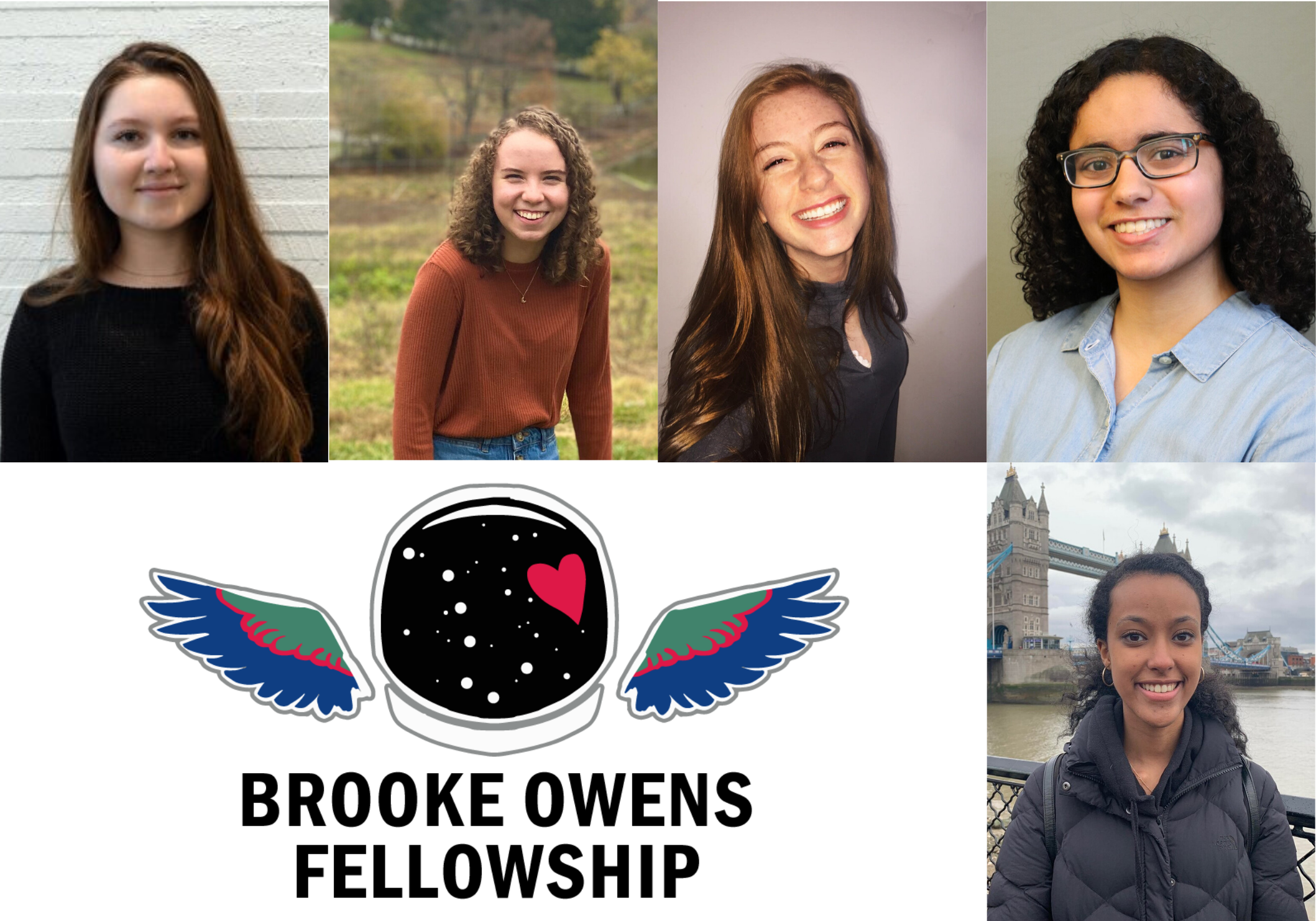