There are two places you can usually count on to bump into Kelly Huang: the obligatory fluids lab, and the town hardware shop on Harrison Street. Like the wayward store cat, Dusty, who roams the aisles, Kelly enjoys browsing for a clever hook or unusual textile to spruce up her next craft project.

“I enjoy discovering new parts that I have not worked with before and thinking about all the things I can make with them. I also like to think about the story behind the tool and how I can use it in a new way to make something more useful or beautiful,” says Kelly who is a third-year PhD student in Mechanical & Aerospace Engineering at Princeton.

Every week, Kelly and her roommates hold what they have dubbed “D. I. Winesdays” to relax and unleash their creativity. Their medium varies each session: they might sew, paint, cook, or dabble in computer-aided design. Recently, Kelly drew a new logo and screen-printed t-shirts for the FAST Lab.

From a young age, Kelly had a variety of interests from science and nature to baking and drawing. But whatever subject she explored, one theme was always consistent. Whether she was whipping up an elaborate Princess cake or creating specs for a wind turbine, Kelly was always making something with her hands.

It was more than just the product that appealed to Kelly; it was also the process. “I am fascinated by the ‘before project’—the research, design, and planning—as much as I am marveled by the result itself. In the lab, it may be scouring research papers and learning different techniques to fabricate a circuit in the clean room. In the kitchen, it is reading different recipes and swapping ingredients to make a treat taste better,” she says.

When Kelly moved to the U.S. from Taiwan in fifth grade, another passion emerged. She was shocked to find that recycling was scarce at school. Kelly played flute in the marching band and started bringing a large bin to the football games for water bottles. She sorted out the aluminum cans, sold them to a local metal supplier, and used the extra cash to buy treats for her bandmates.

“In Taiwan, there is a lot of effort placed on preserving energy and conservation so it was very shocking for me to come to the U.S. and see so much apathy,” says Kelly. “It became a strong interest of mine that followed me throughout school. Now, as an engineer, I feel it is part of my duty to help develop tools and find solutions that can be used to preserve the environment.”

She has found several solutions already. As an undergrad at Cornell University, Kelly taught students how to compost and designed a model wind turbine for the campus. But it was a particularly special and quirky professor, Charles Williamson, PhD, (a.k.a. Skipper), who first opened her eyes to the ways fluid dynamics could be used to create sustainable engineering solutions.

“I started to understand how studying fluid dynamics and applying those principles to everyday problems could help create more efficient renewable energy systems like wind turbines or solar panels,” she explains. “I was swept up in the elaborate demos from class. We once hand-mixed thirty pounds of cornstarch to demonstrate non-Newtonian fluids. The professor called it “walking on water” and had the students step on it.”

With a strong aptitude for fluid dynamics, Kelly became a teaching assistant for several of his classes. “Those demonstrations made me realize how important it is to make learning fun and engage students in the classroom. Their success means you did well as a teacher and continues to be very rewarding for me as an instructor at Princeton,” she says.

As a grad student at Princeton, Kelly knew she wanted a “hands-on” research experience. For the past three years, she has been building measurement towers, sensor circuits, and nano-scale sensors in the clean room that are being used to take near-surface wind and temperature measurements. The goal of her project, which is being conducted in partnership with the University of Utah, is to improve the reliability of numerical weather predictions.

Computer simulations are used to predict weather, but these models need values that are grounded in real-world physics to match what is actually going on, explains Kelly. To achieve the best results, these measurements need to be taken in an area that has flat land and regular wind patterns. Last June, the team had their first test run at a salt flat located on the U.S. Army Dugway Proving Ground in Utah.

“It has been a truly unique and fun experience, especially because we built everything by hand. There were a tremendous amount of design challenges we had to account for such as, how the sensors would orient to the wind and be insulated against the extreme heat. Additionally, everything we brought had to be sun-proofed since it was sitting in the desert for a long period of time. We ended up sticking our laptop inside a cooler!” describes Kelly who will return to the Utah site this June.

Recently, Kelly started a second project that involves understanding the flow conditions mosquitos use to track down hosts or mates. The knowledge they use would ultimately be used to influence where mosquitoes fly, for example, helping them find genetically modified mosquitos. Their insights could have important applications for search and rescue drones or equipment that is used to find chemical or biological weapons.

“Natural flow is turbulent, but that condition is not usually replicated in lab studies. Thus, we are generating turbulence in a controllable manner by building a dynamic flow modulator called an active grid. It consists of an array of paddles that can be rotated individually to create different types of flows. Once the grid is done, we will test it with actual mosquitoes,” explains Kelly.

Marcus Hultmark, PhD, Associate Professor of Mechanical & Aerospace Engineering at Princeton could sense Kelly’s enthusiasm and creativity from day one. "From the first day I met her I could instantly tell Kelly had this amazing energy and would bring endless enthusiasm and ideas to her projects. She is incredibly creative and artistic and it shines through in her approach to research. Kelly can picture something before it happens and lay out designs in her mind before they are created, which are important attributes for someone in engineering,” he says.

Both academia and industry are of interest to Kelly after Princeton.

But if there were one dream problem she could solve it would be to find a way to reduce the pollution created by plastic waste. The answer, she says, like most insights in fluid dynamics, lies somewhere in the world around us.

“Nature is just so clever,” says Kelly. “So many scientists are stuck in a basement lab somewhere, but being in Utah in the middle of the salt flat helped me remember how much is going on around us. It is amazing how much you can discover when you look for answers in the natural world.” 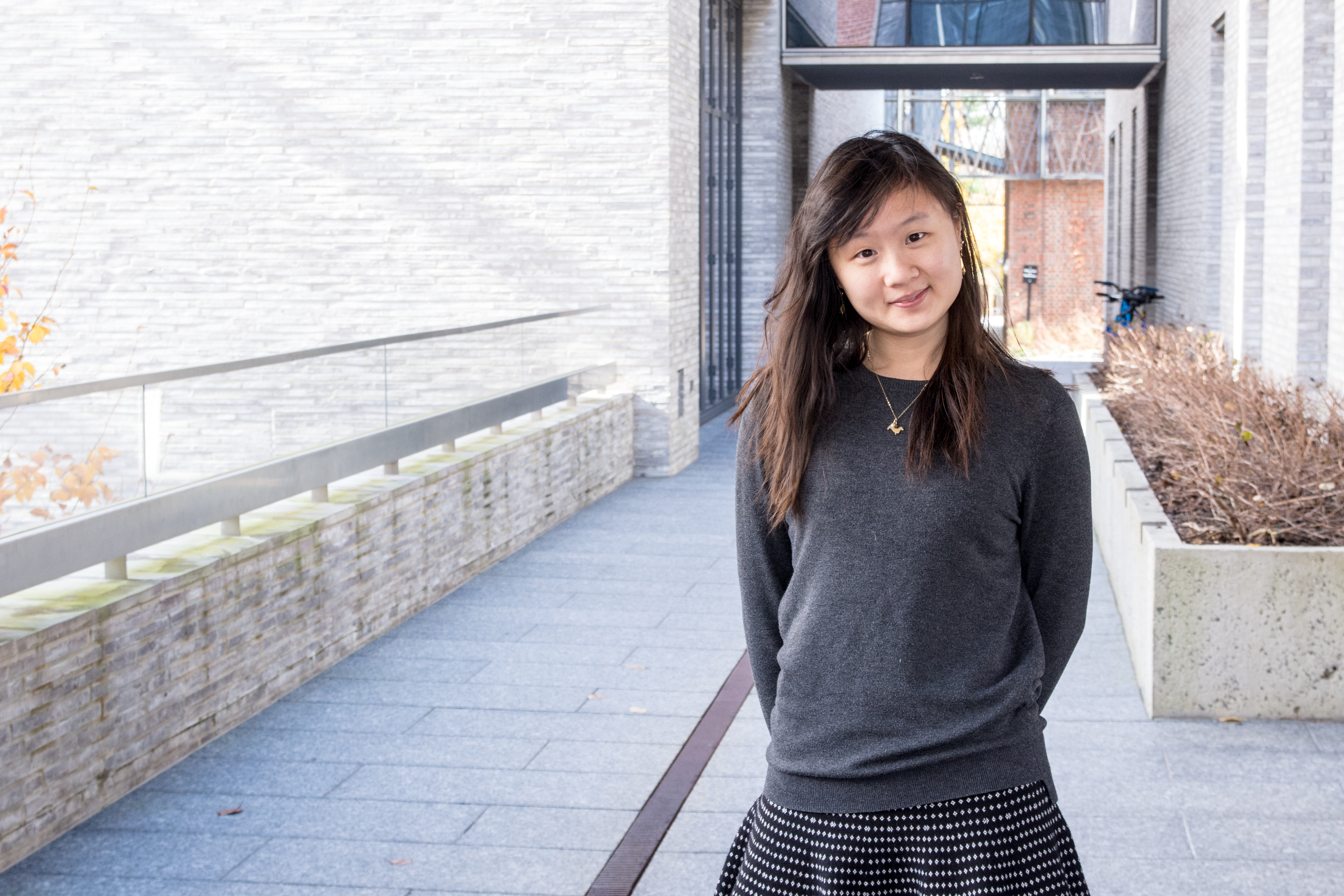