Diego Fierros, who is studying for his BSE in Mechanical Engineering, knew he wanted to be a scientist early on. “As a kid, I loved television shows like ‘MythBusters’ and ‘How It’s Made,’” he says. “By watching the Discovery Channel, I learned what engineering was in an ideological sense—which is taking the world into your hands and changing it for the better. That really spoke to me.”

Originally from Boston, MA, now living in Havertown, PA, Diego pursued his interest in science in middle school and high school, even spending a summer as a high school researcher on the Villanova University Autonomous Surface Vehicle Team. His team competed in the AUVSI Roboboat competition, and later in the international RobotX competition. Through this experience, he gained an appreciation for the work that goes into designing and building robotic systems, he says.

However, he also discovered another passion as a teen: technical theater. “Technical theater is everything that happens on stage that does not require performers, such as lights and sound,” Diego explains. “My specialty is sound design, setting up speakers in the performance space, programming the sound board, and making sure that every actor’s microphone is working properly. Plus, I mix in the music from our pit orchestra so that every sound is balanced in the theater. My goal is for the audience to hear every line and have the best possible time at our shows.”

Diego’s love of theater carried over from high school to Princeton, where he has been a member of the Triangle Club since 2016. The Triangle Club, whose history spans back to 1891, is America’s oldest touring college musical-comedy theater group, with productions written and performed by the students. Diego uses advanced theater hardware to create and adjust a live theater soundscape. During his time in the troupe, he has directed several teams of technicians in the setup and breakdown of a theater sound system in tour venues and is mentoring incoming students about theater sound design.

When Diego was considering universities to attend, he visited many institutions, including schools that were purely technical. “However, they seemed like competitive pressure cookers where people have learned to become addicted to the stressful environment,” he says. “Princeton is competitive as well, but by contrast, the atmosphere is more relaxed. Plus, it provides a good liberal arts education, which is important for STEM majors. A great engineer who can't properly express their ideas is doomed to failure.”

In addition to earning his Mechanical Engineering degree, Diego is also studying for certificates in Computer Science and Robotics and Intelligent Systems. In his freshman year, one of his courses involved authenticating and repairing two antique Triumph motorcycles. “I learned a lot about mechanical design and how to machine things.” In another project the following year, Diego participated in the Fluid Mechanics Transport Phenomena Group, where he used PTC Creo design software to develop laboratory equipment such as a sensor test bench and a wind tunnel pitot traverse. He also developed procedures for injection molding low-cost sensor interfaces for medical fluid tubing.

Recently, Diego did an internship in the Siemens Corporate Technology Future of Automation Lab. During this assignment, he had the opportunity to learn practical robotic programming using the Robotic Operating System and Linux, and to collaborate with a team of researchers to develop an autonomous robotic farming system. Also, Diego has just begun work in Professor Daniel Cohen's bioengineering lab where he is interested in studying how the shape of wounds affects how fast they heal. Diego is thinking about the possibility of creating a device that maps asymmetric strain fields onto tissue with a tear in it to determine how the cells in wounded tissue act when subjected to these conditions.

In addition to all of this, under the supervision of Prof. Luigi Martinelli, Diego volunteers as an Interactor serving as a resource for undergraduate engineers or those looking to get into the BSE program. “I talk to them about my experiences, hoping it will help them as they are starting out,” Diego says. “It can be daunting, especially during the first two years in engineering, to get all the classes under your belt while also acclimating to what Princeton expects of you as a student. It’s important to me, even in a minor way, to try to help alleviate some of that stress and to let them know that someone cares.”

“Diego is very personable, well organized and willing to go the extra mile to help,” says Prof. Martinelli. “His personality is multifaceted. And from our talks about CAD and robotics in particular, I find hm to be technically knowledgeable and engaging.”

Looking ahead to receiving his degree in 2019, Diego is weighing his options for the future. “I’m interested in getting my master’s degree. But I may want to get some industry experience first just to get an idea of what that scene is like. I’m interested in learning more about automation and robotics, particularly as it relates to autonomous vehicles,” he says. “I think robotics is an aspect of engineering that has the potential to do a lot for our society.” Diego also is interested in continuing his involvement in technical theater. “I like making a show come to life. It’s a good feeling for me.” 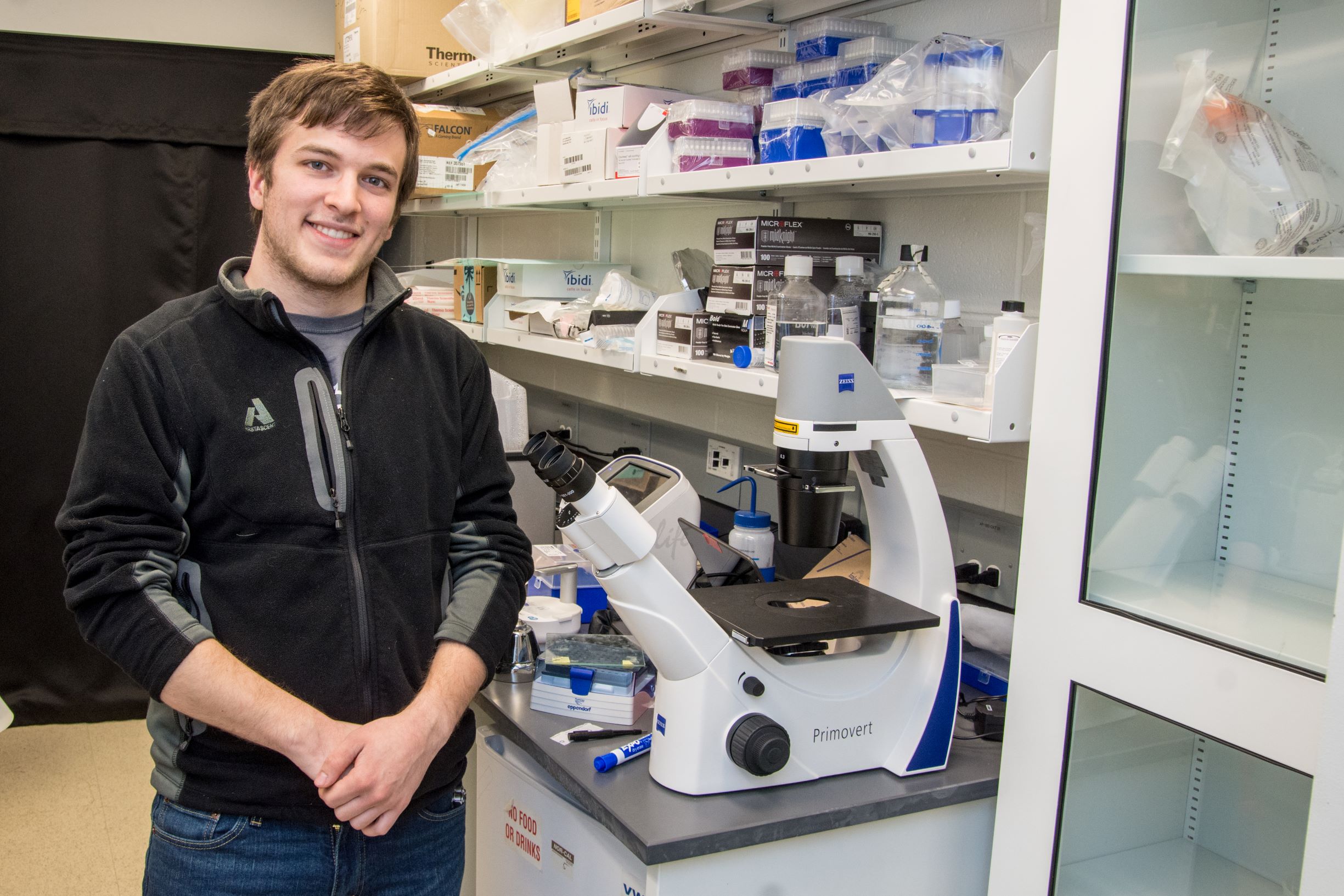