The best birthday present Estella Yu ever received was a LEGO-like electric circuit board set. The 10-year-old spent the next two weeks in her room studying the instructions, building the pieces, and connecting the demo light circuit, radio, and music players.

“I loved it so much that I drew a mind-map of all the little projects and posted it on the back of my bedroom door,” says Estella, who is now a fourth-year graduate student in MAE at Princeton. “I felt very accomplished. It was my first hands-on experience with building something from scratch. I started thinking about what it would be like to create products other people could use.”

Being raised by two engineers, Estella grew up under strong scientific influences. But her creativity and tenacity were innate from the start. Her parents once tried to limit her computer time by disconnecting all the internal wires. By the time they came home from work, Estella figured out how to reconnect the system.

As a little girl growing up in China, Estella’s mother was her role model. Her colleagues used to look down on her because she was a “tiny woman.” But she ended up astonishing them all by introducing a breakthrough in a new product.

“She told me that the strength in a woman is brought inside-out. Her perseverance taught me how to be an independent and decisive person,” says Estella.

It was the determination she learned from her mother that would eventually lead Estella to Princeton. And much like her mother, the track to success was filled with hurdles. In China, college placement is based on a single entrance exam. Estella did not perform to her full potential and was admitted to what she describes as an average university.

“It was rock bottom for me,” she says. “After two years of study, I found myself lost in an education system that produces copy-paste engineers. There was no doubt that I would succeed and find a promising job in China, but I wondered if those dull theories could shape me into a creative and independent engineer.”

Sometimes to move forward you have to step back first. Estella was up for the challenge. She studied for the SAT and TOEFL while taking seven full-time college courses, and applied to college in the U.S. from scratch.

“Thanks to my failure,” she explains, “I started my undergrad career again at Boston University. It was there that I transitioned from a student and listener to a researcher and thinker.”

She was quickly drawn to the beauty of fluid mechanics when she first saw the video demonstration from the famous physicist G.I. Taylor about hydrodynamic reversibility in viscous fluids. In the dramatic experiment, he places a colored droplet into a viscous liquid contained between two concentric cylinders. As the inner cylinder spins the droplet disperses with the rest of the liquid. When the cylinder is spun the other way, it transforms back into a droplet.

“The way fluids move you would think they are disorganized but, it amazes me how we can use physics and mathematics to explain the structure behind this seeming randomness,” she says.

During her undergraduate research, Estella studied the jetting phenomenon for a micron-sized bubble. When a bubble bursts at an interface, the surface energy creates an upward jet that can break into smaller droplets. This problem, she says, is closely related to pathogen transportation, as well as the heat and mass transfers from the ocean to atmosphere.

“This multi-scale science reminds me of the butterfly effect. I was craving to know how the small-scale dynamics would lead to a magical transformation in the bulk behavior of the system,” describes Estella.

She presented her work at a conference for the Division of Fluid Dynamics of the American Physical Society. That same year, Professor Howard Stone, PhD, Donald R. Dixon ’69 and Elizabeth W. Dixon Professor in Mechanical and Aerospace Engineering at Princeton, was giving a special lecture. Estella was one of his many fans sitting in the front row.

“I first knew Professor Stone from reading many of his papers, but the conference allowed me to actually meet him. Talking to him confirmed my decision to apply for graduate school,” explains Estella. “I am thrilled to be at Princeton exploring a wide range of research topics in his group, and being able to apply physics and mathematics to derive impactful technologies.”

At Princeton, Estella is working on a new particle separation method, which uses a bubble interface to sort particles into different sizes. Like many researchers, Estella stumbled onto the phenomena by accident. She was working on another project when she found particles were sticking to an interface.

“By controlling the flow speed, the film thickness can be easily tuned. With this technique we can separate a wider range of particles and lower laboratory costs without modifying the set up,” she explains.

These particle-coated bubbles have potential applications for medical devices such as drug encapsulation and diagnostic ultrasounds. Estella is also applying this technique to separate soft particles, droplets and, potentially, cells.

Estella is not sure if she will pursue a career in research or academia after she graduates. She is sure, however, that the next adventure needs to challenge her critical thinking skills and be outside her comfort zone.

“I always remind myself to be kind to others, but ‘mean’ to myself,” she says. “I believe one's value comes from always wanting to be a better version of oneself—and there is always one that I can be.” 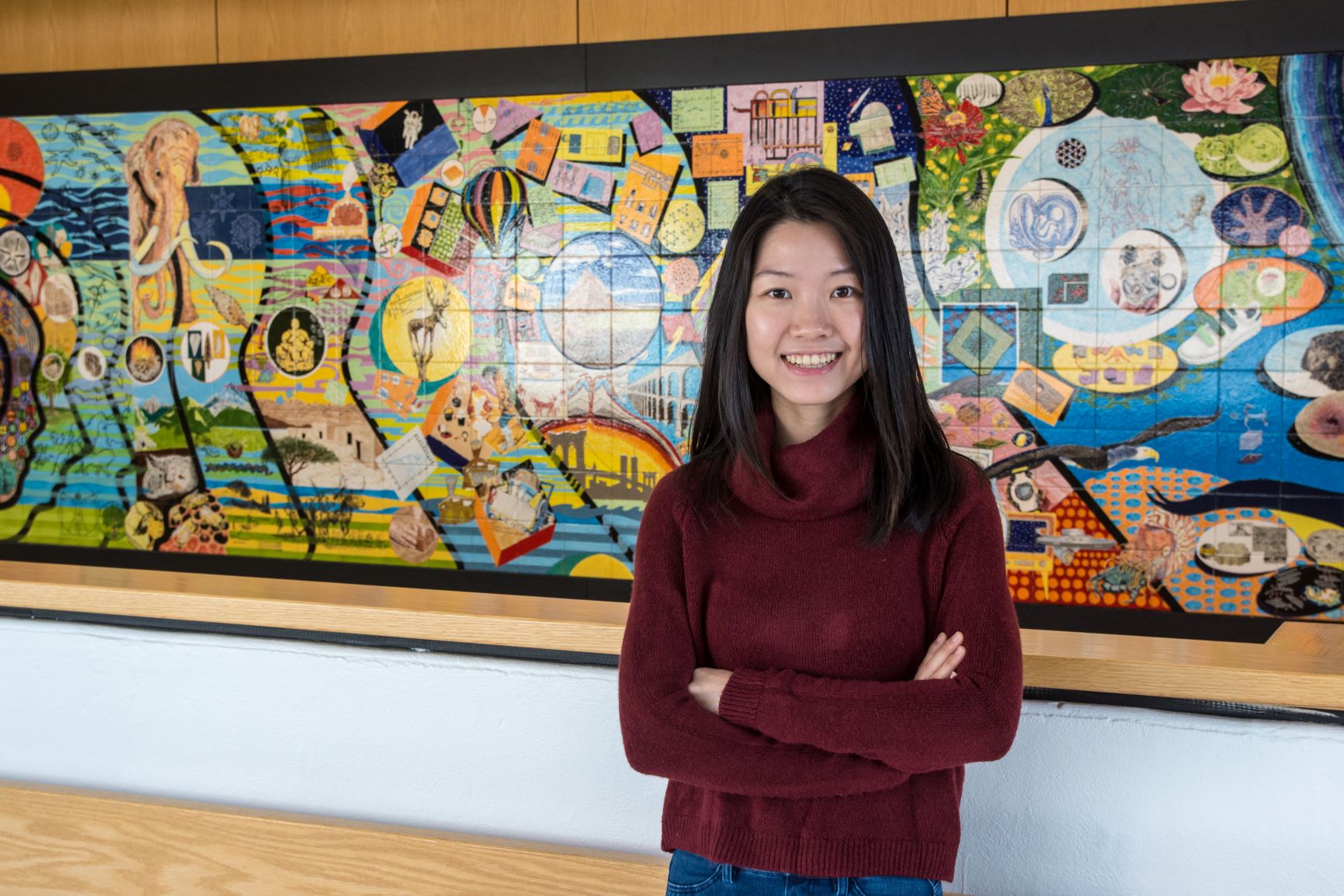