Christopher Galea: Math and Physics as a Work of Art

Christopher Galea loved to draw when he was a child growing up in Garfield, NJ. Inspired by the shows he saw on television, he had dreams of becoming a cartoon animator. “I even came up with my own show,” he says. “The protagonist was half kid, half robot, hiding his identity during the week at school and fighting villains on the weekends.”

Nowadays, as an MAE PhD candidate specializing in applied physics (laser diagnostics and plasma propulsion), Christopher puts pen to paper drawing models for his research ideas. “I think of physics and math as a type of art. I like to visualize what’s going on in my experiments, such as radiation from an accelerated charge or the complex motion of fluids. I see photons as quantized particles of light interacting with the world around me.”

Christopher remembers his love of science beginning to take shape during his teenage years. As a student in a magnet high school, he picked engineering as his concentration. “In my third or fourth year, I started taking calculus-based physics classes and I loved to see how advanced math was able to describe the world, including electricity and mechanics, using integrals and derivatives.” This interest led Christopher to the Massachusetts Institute of Technology, where he eventually earned his bachelor’s degree in aerospace engineering and physics. It was there where he first became interested in Hall thrusters and electric propulsion in general.

“I learned the difference between electric or plasma propulsion and traditional chemical rocket propulsion,” Christopher says. “I began to see how the next generation of engines can come from a deeper understanding of physics.”

In addition, Christopher set his sights on Princeton during his second year as an undergrad while looking for summer intern positions. “I was fascinated by the plasma and fluid dynamics research being conducted there,” he says. “I noticed that Princeton had a more fundamental and theoretical slant on the research in the engineering department compared to other schools, theories that could be applied to many different types of engines instead of just one particular engine.” And while Christopher did not end up doing an internship at Princeton, his early interest in the university played a big part in his decision to apply there for grad school.

Here at Princeton, working with his advisor Dr. Mikhail Shneider, Christopher is involved in the development of a combined laser-microwave diagnostic, Radar REMPI (resonance-enhanced multi-photon ionization). Radar REMPI was originally proposed by the Applied Physics Group to study gas mixtures and weakly-ionized plasmas, with application to trace species detection, and measurement of electron generation and loss rates, gas and flame temperatures, and now possibly neutral xenon density in Hall thrusters. Christopher is presenting his work at various conferences in the aerospace and plasma physics communities.

“Christopher is a highly motivated student with a strong background in experimental, theoretical, and numerical methods,” Dr. Shneider says. “He is capable of performing efficient research work with deep insight into the problems he is dealing with. As he continues to grow both academically and professionally during his graduate studies, Christopher will play a very important role in the community of optical and laser diagnostics and spectroscopy and weakly-ionized plasma applications.”

One of the benefits of the Radar REMPI diagnostic technique is its ability to remotely measure properties of a gas or plasma with high temporal and spatial resolution, Christopher explains. It has the potential to measure the density of the neutral atoms with the goal of characterizing the background pressure all around a Hall thruster in a ground test chamber. “It’s a remote diagnostic that selectively ionizes the xenon in the plasma and uses microwaves to scatter off the newly-generated plasma to get information about the neutral density at a specific point in a small amount of time. It is still a work in progress before we can fully apply it to Hall thrusters, but that is my goal.”

Christopher is also gaining teaching experience and is currently an instructor for a mathematics in engineering class. “I get to talk to the next generation of students about ordinary and partial differential equations and all their fun applications to help them learn the techniques and tools that have served me so well over the years.”

Outside of the lab, Christopher enjoys taking part in Bible studies. “Since my early teen years, faith has been very important to me. Along with my aspirations to develop as a research scientist, it’s crucial to me that I also continue to develop in my spiritual walk.”

Another activity Christopher enjoys is breakdancing, which he learned as a teenager and continues to practice to this day. “When I get too busy with my work, I don’t have as much time to dance,” he says “But I still have a few freezes and moves that I can do. It’s good exercise and a fun self-discipline.”

Christopher is slated to become involved in the Plasma Physics Laboratory in the near future and is on schedule to receive his PhD in 2021. As for his long-term goals, he is keeping his options open. “I am considering pursuing work in an industry lab for a few years to get more research experience. But my interest and approach tend to be academic. I appreciate learning the fundamentals of physics and thinking from a first-principles analysis.” 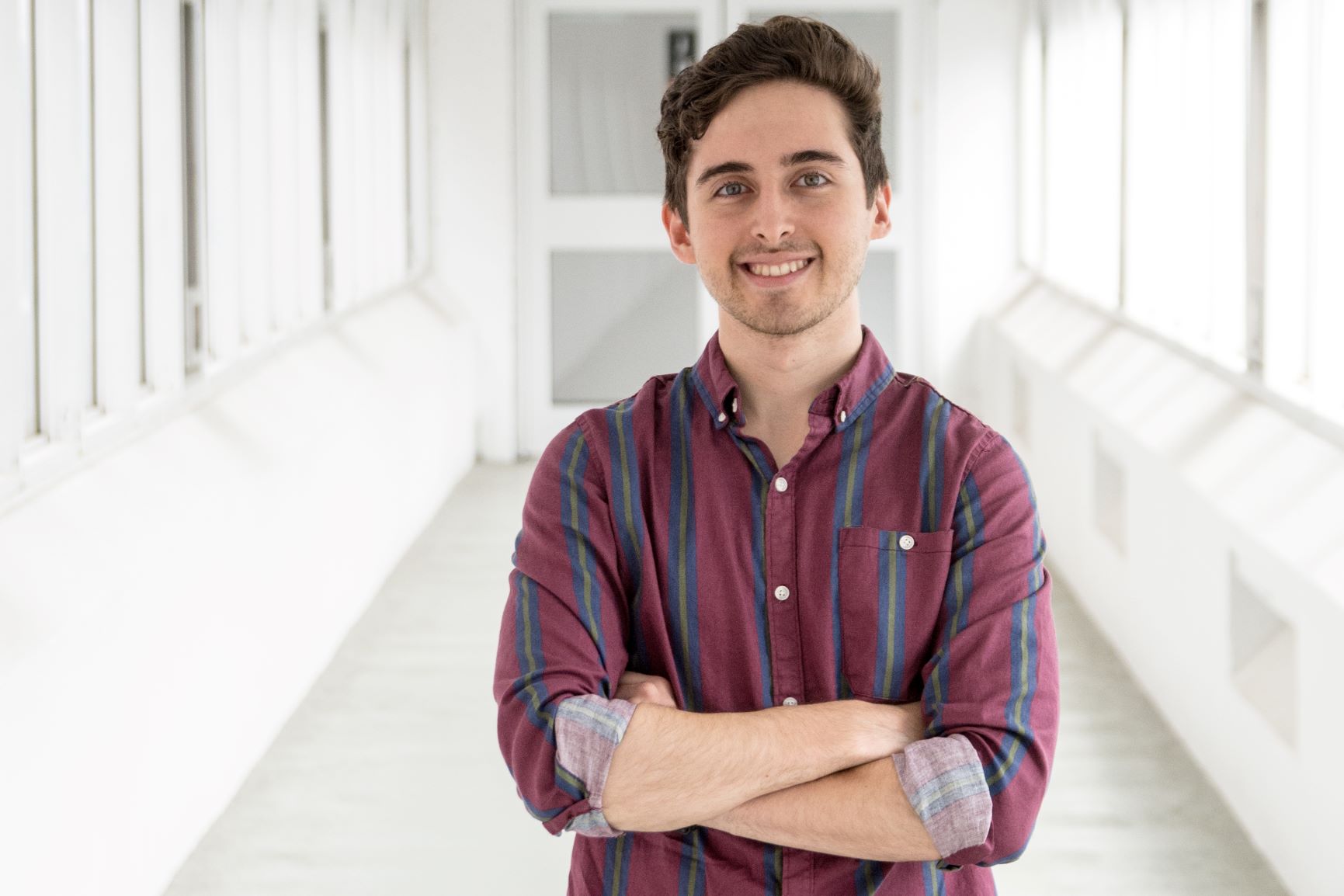