From a young age, Minnie Liu learned three important lessons: to challenge stereotypes, break down boundaries, and never be discouraged. During her formative years, Minnie was raised by her grandparents alongside her cousins in a small village in China. Prejudices against girls and women were all too common—and she was taught boys outshone girls.

But Minnie refused to be limited by cultural conventions. She was the first to finish the long distance race, leaving her male cousins in the dust. She is still the only child in her family to ever checkmate her chess master grandfather. And today, the fifth-year PhD student in Mechanical & Aerospace Engineering (MAE) at Princeton stands out in a male-dominated industry by winning first prize for her presentation at the MAE Research Day.

Those important lessons Minnie learned in early childhood guided her throughout school. While most of the girls chose history or art as a concentration, Minnie selected physics and chemistry because they were the most challenging. Despite having less formal training than her male peers, she worked tirelessly on problem sets with her mother to be selected for the school Olympics Math team.

“Gradually, my accomplishments brought changes to my grandfather and made him realize that girls should be treated and educated equally as boys. I started to fully understand that through my actions, I could change the conventional gender bias so deeply ingrained in society and provide other girls in the village with more opportunities which may potentially change their lives,” says Minnie.

When it came time for school, Minnie ventured to the city to live with her parents where prejudice was less common. In fact, her mother worked as a structural engineer. Minnie recalls spending many afternoons pedaling around the city on the back of her mother’s bike admiring the architecture.

“My mother would point to a building she helped design. I began to believe that I could be someone like my parents who transform a budding idea into full-fleshed reality,” she says.

Minnie brought her passion and perseverance across the world to Smith College. “The school was particularly meaningful to me, because it was the first women's college to have an engineering department. My education at Smith not only prepared me academically for graduate school, but also, and more importantly, empowered and encouraged me to continue challenging boundaries.”

Minnie first became interested in energy storage as an undergraduate at Smith College where she designed and manufactured a self-regulated greenhouse powered by a lithium-ion battery and three thin-film PV panels. Despite having no background in physics-based modeling, she quickly turned herself from a novice into a specialist in the area of polymer electrolyte membrane fuel cells.

“The notion of sustainability and using renewable energy to support our lives has left an enduring imprint on me ever since,” she says. “What interested me most about batteries is how relevant they are to daily life—phones, laptops, and even airplanes all use energy storage. If researchers can find a way to improve capacity, and help the battery live longer, it will improve everyone’s life in some way.”

Minnie’s research aims to do exactly that. Her work focuses on mechanical and electrochemical phenomena in secondary lithium-ion batteries. In particular, she studies the mechanical properties of battery components to try to understand the coupling between the mechanics of a battery and its electrochemical performance. She has characterized different types of battery separators, ranging from polyolefin to ceramic separators.

But before manufacturers can develop more efficient batteries, researchers have to understand why they fail. One important part of Minnie’s research—that earned her first prize at the MAE Research Day—focuses on transport non-uniformities and localized metallic plating in lithium-ion batteries. When batteries degrade, a dangerous phenomenon called lithium plating occurs that affects their function and causes safety concerns. This is a very common problem observed in commercial batteries because the heterogeneity of the materials often creates transport non-uniformities that lead to unanticipated local plating.

“In my study, we probe the importance of the size scale and geometry on localized plating through numerical simulations and experiments. Using modified separators to create transport non-uniformities, we show that certain geometric features lead to more vulnerability to plating, and localization strongly depends on size,” Minnie wrote in a paper published in the Journal of Electrochemical Society.

Her findings have important applications for product control and battery safety. Someday, Minnie hopes her work will help materials inspectors better predict what defects will lead to plating and where the plating would occur.

“I am so excited for Minnie winning the Research Day prize and consider myself very lucky to have her in my group. Minnie’s research results present some major steps forward in our understanding of important safety challenges in lithium ion batteries and she continues to push our understanding to new levels,” says Craig B. Arnold, Professor of Mechanical & Aerospace Engineering at Princeton.

Minnie plans to pursue a career in the industry when she graduates. But wherever her career takes her, first and foremost, Minnie hopes to set an example in her career that inspires more young girls to become scientists and engineers. 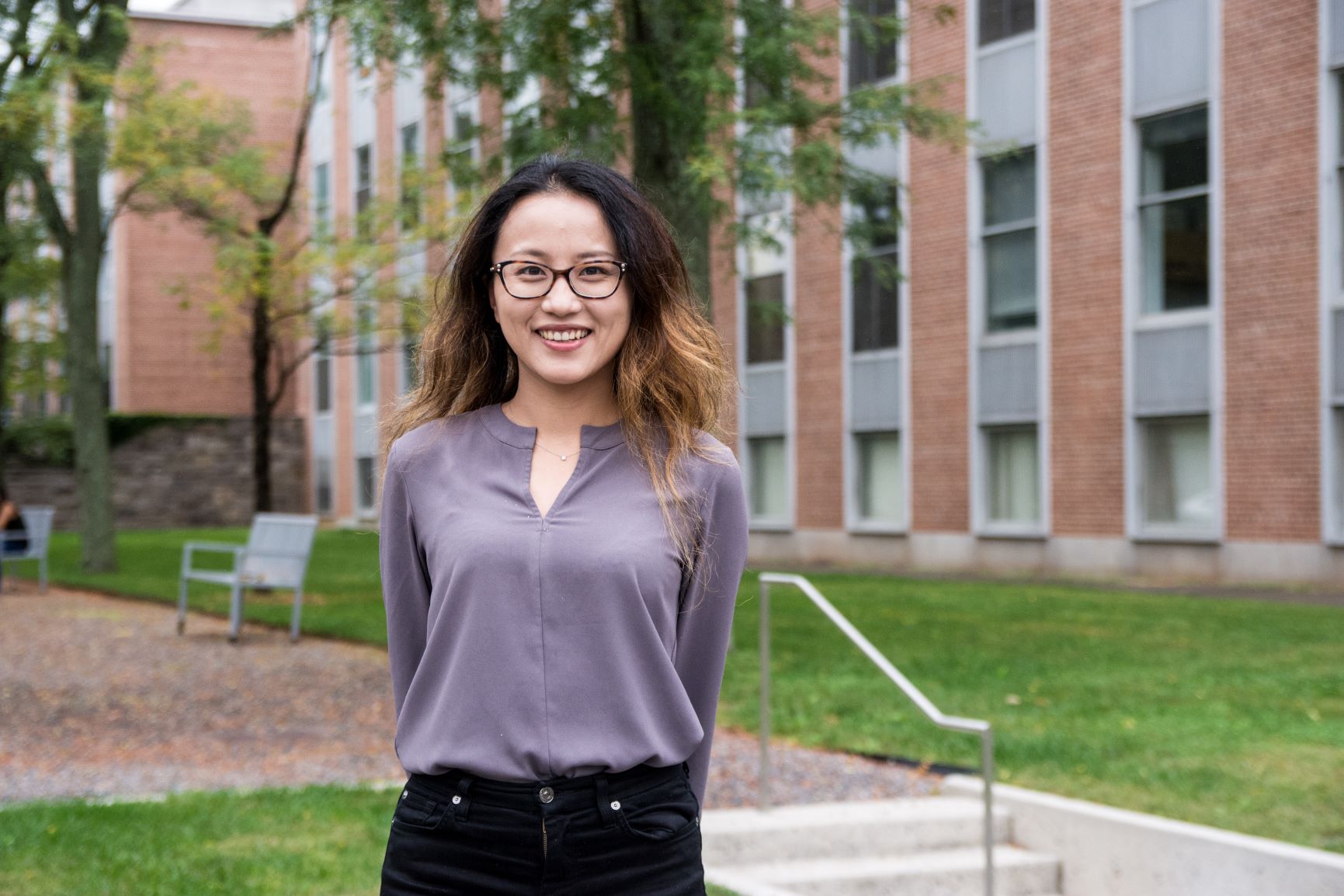