SeungYeon Kang: Exploring the How and Why of Ultrafast Lasers and Energy Harvesting

SeungYeon Kang, known to her colleagues as Sally, is a Postdoctoral Research Associate in Princeton’s MAE department. She is currently studying laser processing techniques and energy storage. However, her interest in science began when she was a youth in Seoul, Korea.

“My parents told me that I asked a lot of questions as a child,” Sally says. “I remember always enjoying math and science classes more than other classes. There was one particular science demonstration in elementary school that I was really excited about where the teacher made a volcanic eruption using various chemicals. Also, I loved doing origami and crafts. I even won awards for making apple sculptures and model houses and furniture.” She wanted to continue creating, observing, and discovering, and found that she could do that at Gyeonggi Science High School. “From there, my interest in science grew.”

For college, Sally initially attended the Korea Advanced Institute of Science and Technology (KAIST). However, she soon realized that she needed to broaden her horizons. “The resources and the professors at KAIST are excellent. But the year I enrolled, many of my former classmates had also come to KAIST,” Sally recalls. “Things were so similar, it felt like another four years of high school. I decided to look for opportunities to study abroad.” After nine months at KAIST, Sally received the Samsung SDI Scholarship to attend Cornell University in Ithaca, NY.

As a chemical engineering major with a minor in material science, Sally’s research interests as an undergraduate student included nanofiber fabrication through electro-spinning. After getting her bachelor’s degree from Cornell, she enrolled in Harvard University in Boston for her postgraduate education. Her research focus was ultrafast laser nanofabrication of 3D nanostructures and patterning graphene by using ultrafast laser to reduce graphene oxides.

While at Harvard, Sally and her colleagues developed and patented several processes. One patent involved a one-step laser irradiating procedure that uses nonlinear optical interactions between the chemical precursors and femtosecond pulses to limit chemical reactions to a focused volume smaller than that of the light diffraction limit. For another patent, she and her colleagues were the first to grow single crystalline silver nanostructures exactly at laser irradiated spots and to direct laser–write, in a single step, silver structures with more than 10 layers.

Outside of the lab, Sally was a mentor to Harvard female undergraduates in the Women in Science, Technology, Engineering and Math program.

Sally earned her MS and PhD in applied physics/material science from Harvard, then went back to Korea. For the next three years, she worked as a senior engineer for Samsung SDI Battery Materials R&D Center. However, it was Sally’s innate love of asking questions that led her to leave industry in 2017 and come back to the U.S. to begin postdoctoral research at Princeton in Professor Craig Arnold’s group.

“Although working in industry is exciting, fast paced, and dynamic, I missed having the time to think about ‘why’ things happen in a certain way,” Sally explains. “I also missed the mentoring aspect of being in academia, the free and vibrant conversations on science-related topics, and the learning atmosphere.”

Sally also works on energy harvesting through piezo-electrochemistry phenomenon—or simply put, squeezing a battery to generate a difference in voltage. “Energy usage is continuously rising these days and more and more scientists are interested in drawing energy from nontraditional power sources,” she says. “Piezo-electrochemical materials go through a volume change as a result of an electrochemical reaction and can be expected to produce orders of magnitude more energy per volume than conventional mechanical energy harvesting materials.” One may be able to achieve great advancement in the energy harvesting research field through maximizing this effect, she added.

Sally recently was awarded a Princeton Writing in Science and Engineering Teaching Fellowship. Starting in the 2018 fall semester, she will teach a graduate level class on how to write articles for scientific journals. Sally herself is well published, with her work appearing in such journals as Nanotechnology, Applied Physics Letters, and Polymer. However, she remembers the challenges of writing those first papers back when she was a beginning graduate student.

“Many students don’t know where to start and ultimately try to learn on their own by looking at published papers as examples,” she said. “When they present their first drafts to their professor, they get red editing marks everywhere. It’s a difficult way to learn and I think this program will provide more structure. Students will get a better idea of what writing a research article entails and how to effectively communicate their ideas to the scientific community.”

Sally thinks that her background in more than one engineering discipline has been beneficial. “Science projects these days require knowledge and experience on various topics. Certain features of chemical engineering, material science, and mechanical engineering overlap.  It’s important to look into a scientific problem from different angles.”

For the future, Sally hopes to continue a career in academia. “I am still very much interested in my current research topics. I also like helping other people grow while at the same time getting a chance to learn more myself.” 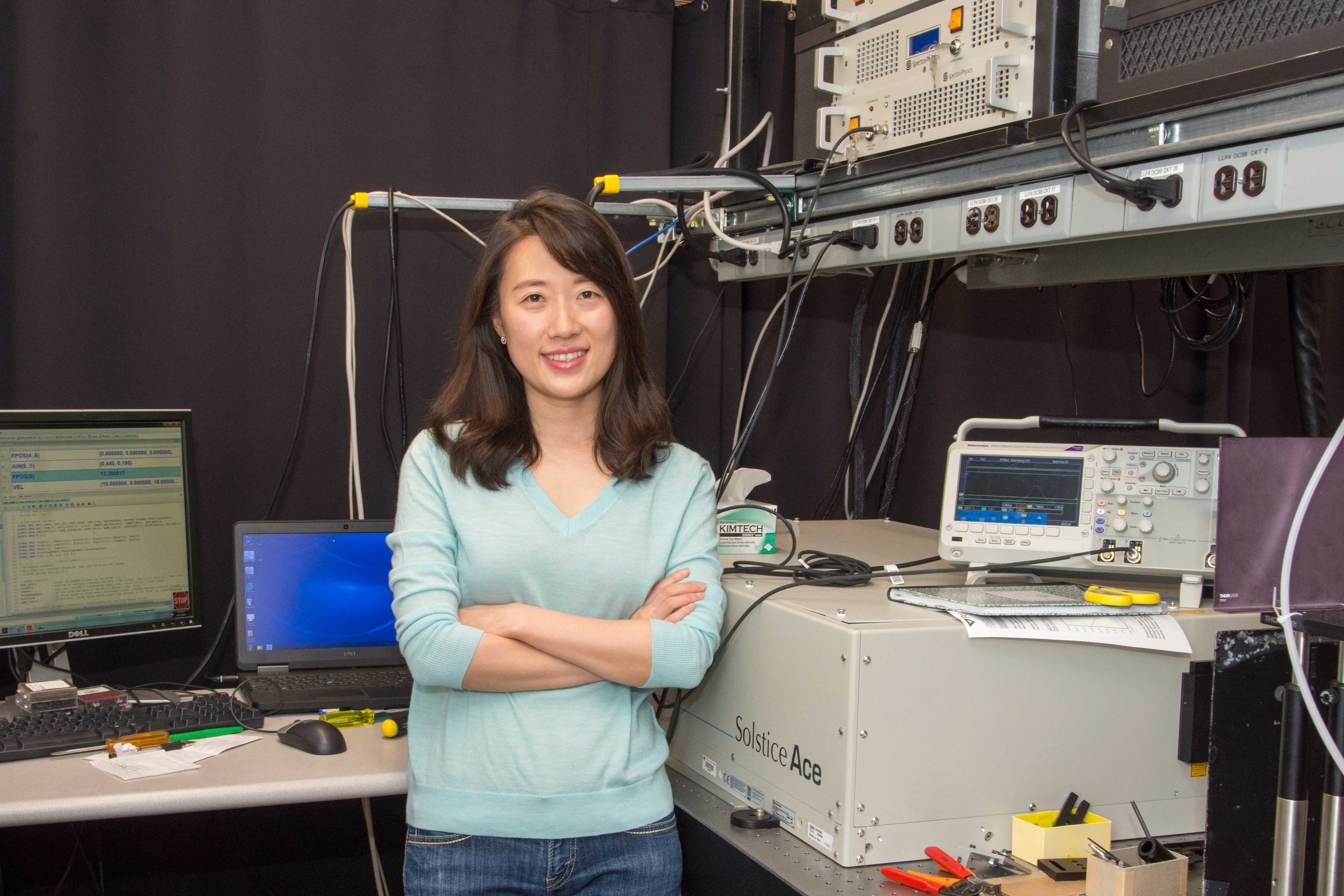