Aric Rousso is both amazed and terrified every time he steps into an airplane. The best seat in the house, he says, is the window next to the wings. But unlike most travelers, it is not the bird’s-eye view that excites him. It is watching how the plane functions—the flaps and engines when they engage the thrust reversal or the opening panels that provide a small glimpse into the interior workings of the engine.

“The more you learn about planes, the more you realize it is incredible they ever leave the ground for the sheer number of things that have to go right every flight. I am fascinated by the concept of taking heavier-than-air components and putting them together to generate efficient and safe transport,” says Aric, who is a fourth-year PhD student in Mechanical & Aerospace Engineering (MAE) at Princeton.

Aric’s interest in flight was innate from the very start. As a young child, whenever his parents needed to calm him down they would drive 10 minutes down the road to the beach by Los Angeles International Airport (LAX). There was something about watching the planes and listening to the sound of the engines that soothed him.

When Aric took his PSAT there was a long list of career choices. He meticulously crossed out each profession that did not sound appealing. The result was every form of engineer and one outlier: skier. He decided to pursue both, first taking a “gap” year between high school and college to become a licensed ski instructor in New Zealand, and then entering Johns Hopkins University to major in mechanical engineering.

“Taking a gap year was the best decision I ever made. Living in a foreign country and taking care of myself gave me a lot of maturity before entering college. I was always an avid skier and this was an opportunity to pursue something in depth that I would probably never get the chance to do again,” he says.

He continued his outdoor adventures throughout college, guiding whitewater kayaking for freshman Pre-Orientation trips. These experiences also sparked his love for teaching. From instructing six-year-olds on the ski slopes in Utah to assisting college students with Computer Aided Design at Johns Hopkins, and later fluids experiments at Princeton laboratories, Aric has always taken pride in sharing his passions with others.

His own interest in thermodynamics first started as an undergrad during a jet propulsion class. “What led me to thermodynamics is that you have to mix chemistry and physics into these complicated designs. I love learning about combustion and propulsion as it explores the application of some very basic principles of heat transfer and mass flow, and uses it to power some of the largest man-made objects ever built,” he says.

The most rewarding aspect is being able to apply that knowledge to practical design experiences. At Johns Hopkins he was part of a team that designed and built an off-road vehicle from scratch each year to compete at the Baja SAE Intercollegiate Design competition.

But it was the desire to pursue his interest in design and flight a step further into space travel that led to where he is today. As part of the Advanced Combustion and Propulsion Lab, Aric is trying to push the envelope in terms of what is possible in energy management, propulsion, and combustion systems to improve the ways people travel on Earth and explore beyond.

That goal, he says, begins with basic science research. “You have to understand the fundamental chemistry and physics behind how something works before you can even think about applying that knowledge in an engine,” he says. “My hope is that what we learn will be used in the future to design an engine that reduces carbon and other pollutant emissions, as well as improves efficiency and power-to-weight ratios.”

As with any technology, he says, engineers first develop it the quick and dirty way. Now that we have been burning fuel with combustion for half a century, the challenge is to innovate and create new technology to make it safe, efficient, and environmentally-friendly for everyone.

In the lab, Aric studies plasma-assisted combustion, a relatively new field of technology that he believes will someday improve engine efficiency, enhance fuel lean combustion, and reduce emissions. In particular, he is exploring the chemical kinetics and reaction pathways in plasma-assisted combustion experiments of liquid fuel surrogates – like n-heptane. Using this data, he is assisting in development of models that can accurately predict these plasma-fuel interactions.

The problem with non-equilibrium plasma, however, is that it is difficult to generate under real engine conditions. “An alternative may be to study the long lifetime active species these plasmas generate, such as ozone. Ozone addition is another promising method to enhance low temperature combustion,” he says.

As a visiting researcher at the Sandia National Laboratory, Aric has been looking into ozone-assisted, low-temperature oxidation. He conducted experiments at the Advanced Light Source synchrotron at Lawrence Berkeley National Laboratory. Aric is returning summer 2018 for a follow-up project.

“Aric has a strong passion in research. He is always highly motivated and willing to tackle challenging projects. Moreover, he is a wonderful team member and an exceptional mentor to junior students. It is really pleasant to work with him,” says Yiguang Ju, PhD, Robert Porter Patterson Professor and Director of the Program in Sustainable Energy at Princeton.

Outside of the lab, as a member of the Graduate Student Council, Aric plans events for community building and social networking. He still enjoys the outdoors, finding whatever time he can to kayak and ski.

After completing his PhD, Aric would like to work in the space industry or the defense sector developing new technologies for safer air and space travel. His dream is to design part of an engine that helps astronauts go to Mars or beyond.

Until then, he will keep enjoying air travel one flight at a time. And whenever possible, changing his seat to be near the wings. 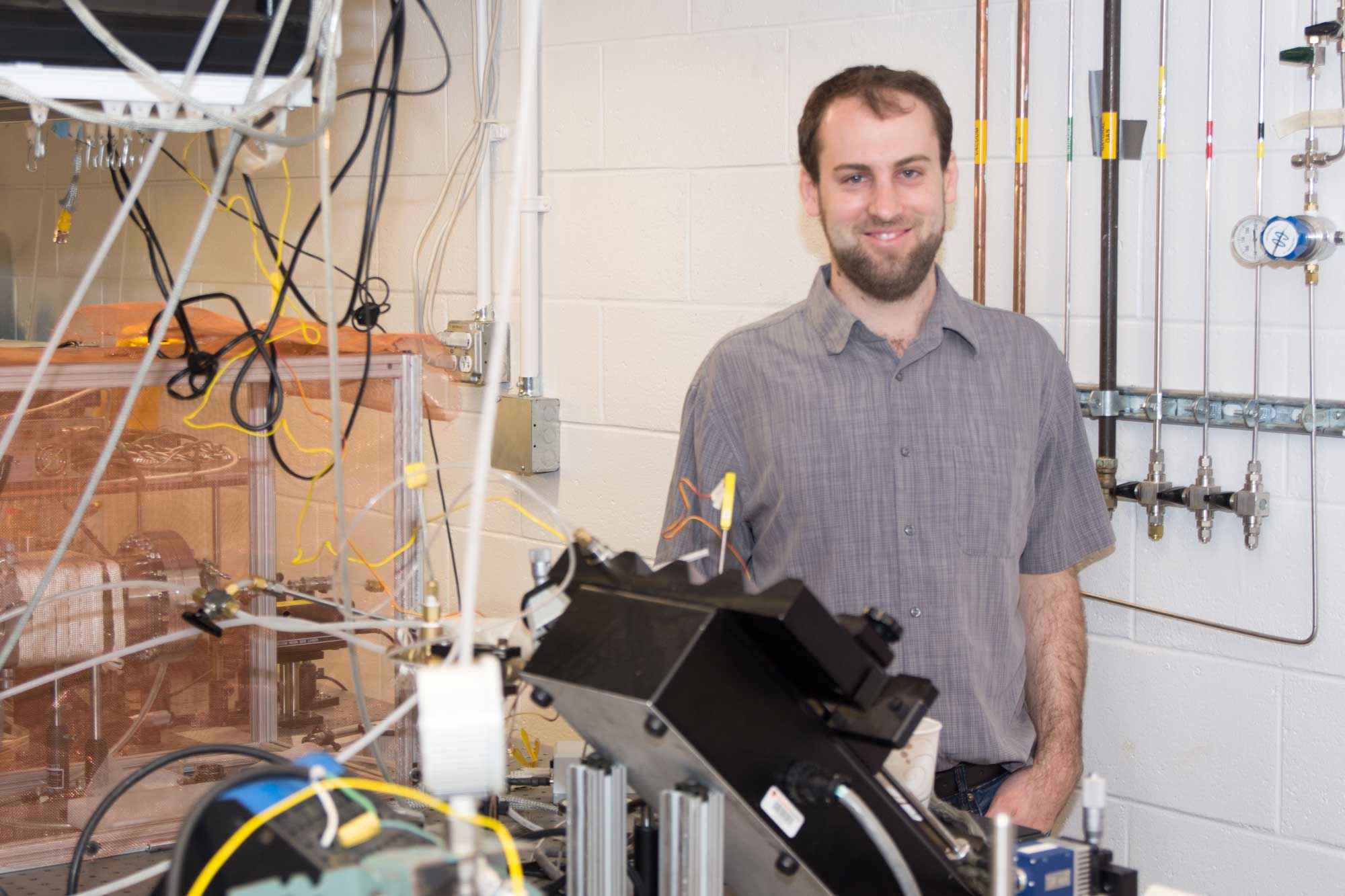