Michael Galvin has been thinking in 3D ever since he was a child and started making objects out of cardstock paper. He would precisely cut, fold, and tape together the pieces to make a functional moving mechanism. Today, Michael, who is a senior mechanical design engineer at Princeton, spends most of his day drawing 3D designs with Computer-Aided Design (CAD) software.

“My parents would always make fun of how much tape I ended up having to glob all over my creations, and wondered why I did not use more tidy fastening methods,” recalls Michael. “Ironically, later in my career, I was assigned to design space-rated tape for a satellite. I enjoyed rubbing in their face that even the most cutting-edge spacecraft was “globbed” together with tape. My childhood training was paying off!”

Like most people in the aerospace field, Michael grew up loving science fiction and dreaming of becoming an astronaut. But his parents claim that after watching the news coverage of the Space Shuttle Challenger disaster together, he declared that he wanted to be a “space engineer” instead. But he also had a strong love for the humanities, particularly music.

He was accepted into a dual degree college program that included a philosophy degree from Emory and an engineering degree from Georgia Tech. Michael also played euphonium in the university wind and brass ensembles.

After graduation, Michael worked for a few small engineering firms before landing his dream job working on spacecraft for Lockheed Martin. He started out working on the mechanical design of spacecraft structures and mechanisms, but later moved on to a role as a systems engineer for launch integration, in which he managed the mechanical and electrical interfaces between the Lockheed satellites and the various rockets used to launch them.

The best part, he says, was planning the launch campaigns. This is the final phase of spacecraft integration when the satellite is shipped to the launch site and goes through final tests. Michael worked on Vietnam’s 2nd-ever telecom satellite, one of the Navy’s largest satellites, and the new generation of GPS satellites, which should start launching this year.

“Working on such big, ambitious, and cutting-edge space missions was indeed as exciting and gratifying as I had always dreamed,” explains Michael. “However, the design teams were very compartmentalized. The satellites were built by skilled technicians in a cleanroom and rarely accessible even to the design engineers. I liked to joke that it was years before I even knew what color the components that I spent all my time designing were.”

That desire to see and touch the final product led Michael to pursue graduate school. He started a part-time master’s program at Princeton while continuing to work at Lockheed.

At first, Michael was not sure Princeton’s theory-centric Mechanical & Aerospace Engineering program would satisfy his need to “tinker around” with actual products, but it turned out to be the perfect fit for everyone. He quickly stumbled into Professor N. Jeremy Kasdin’s High Contrast Imaging group, which specializes in instrumentation for exoplanet-finding telescopes.

“Professor Kasdin always has a bunch of genius grad students and postdocs coming up with brilliant theories and innovations for exoplanet imaging. However, they typically need help implementing the nuts and bolts of their ideas, which is where I was able help out. Unlike my day job at Lockheed, I got to design cool prototypes all day, and fabricate them by hand myself, without any red tape,” says Michael.

In 2012, Professor Kasdin’s group won a big contract to build a special type of spectrograph instrument for the Subaru Telescope in Hawaii. The spectrograph (CHARIS) had to be vacuum-sealed and cryogenic, which made it the most mechanically complex design the group had ever attempted. Professor Kasdin needed mechanical help and Michael jumped at the opportunity.

“That very challenging project was the most meaningful work of my career. After sticking with it through all the ups and downs, finishing it was my proudest professional moment,” he says.

Michael also designed and helped build the new 80-meter-long laser lab in the basement of the Frick Chemistry department. “The lab is a test bed for another exoplanet-finding space telescope mission concept called a starshade, in which a massive, umbrella-like, flower-shaped shade is unfurled thousands of kilometers in front of a space telescope to block out the light of a distant star, such that a planet orbiting that star can be made out,” explains Michael. “The holy grail of such a mission is to find another Earth-like planet!”

Professor Kasdin met Mike during a graduate spacecraft design class. “I knew immediately that Mike was unique. His ability to see the big picture while also being incredibly capable at the nuts and bolts of design has been invaluable to my group.  I consider myself incredibly fortunate that Mike was both available and interested in joining our team.  Mike was critical to our success building CHARIS and delivering on time to Subaru,” says Professor Kasdin. “He is also a pleasure to have around and gets along with everybody. I don’t know what I would do without him.”

Outside of Professor Kasdin’s lab, Michael also helps staff and maintain the StudioLab—an open-access workshop concept with rapid-prototyping tools that fosters connections between technology and the humanities. He first fell in love with the idea of makerspaces when he was living in Philadelphia and became involved with NextFab (one of the original—and still premier—makerspaces in the city).

Says Michael: “I’ve loved getting the opportunity to circle back into arts- and humanities-centric making, while helping brilliant students actualize their project idea.”

Recently, Michael has been transitioning from a research support role towards more academic support. He is serving as instructional staff for several MAE courses and running the Summer Enrichment Program for MAE undergrad summer interns. In addition, Michael has taken on some volunteer roles for undergrad engineering clubs like the Rocketry Club’s TigerSat project and Princeton’s “Engineers Without Borders” Peru team.

“I feel like I won the lottery by finding a home here,” Michael says. “Let’s put it this way—if I did win the real lottery, I might take a few months off to travel, but would eventually just show back up at my office and get back to doing the same stuff I do now, for free.” 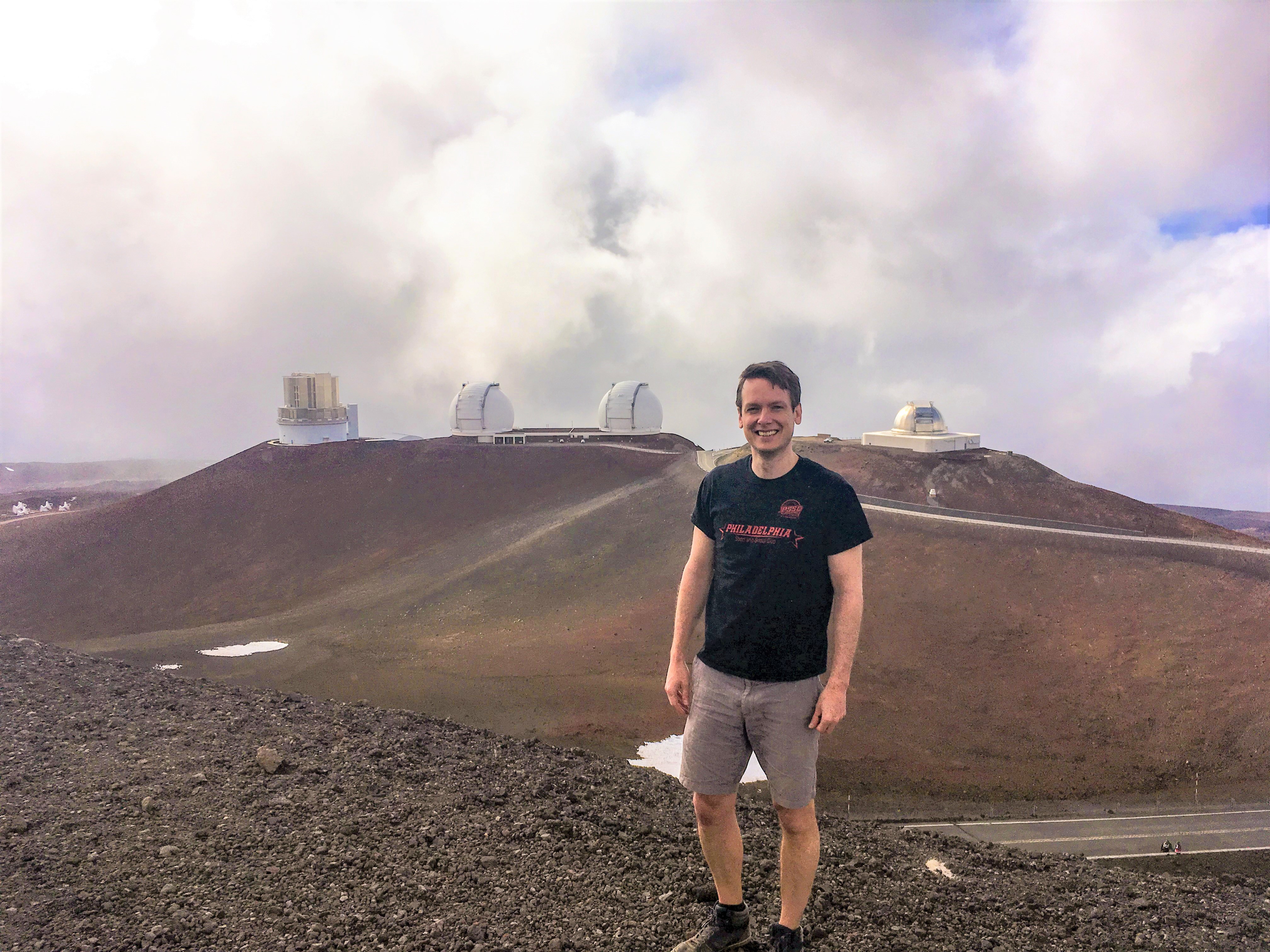