Some of Vincent Pacelli’s best insights in the lab come from his time on the softball team. When his team takes the field, without even knowing it, they use their knowledge of physics to catch a fly ball. Athletes might call this instinct. But researchers know this task is based on a simple decision-making strategy called gaze heuristic—the player fixes their eyes on the ball, and runs so that it remains at a fixed point in their vision. This simple rule naturally puts them at the location the ball will land.

As part of the Intelligent Robots Motion Lab, Vince tries to find ways to make robots automatically emulate human instinct. His work focuses on designing algorithms that automatically find simple heuristics for doing dexterous tasks, such as picking up a fork or catching a ball. These insights, he says, can be used to develop technologies that make everyday life easier.

“Robotics has the power to help many people,” says Vince, a second-year PhD student in Mechanical & Aerospace Engineering who was actually born in the town of Princeton. “My grandmother immediately comes to mind. She lives alone and has trouble getting around the house. There are plenty of ways robots could be used to help her with chores and remain independent.”

Vince’s research focuses on the mathematical applications behind the robots. These algorithms can be applied to many different types of robots including drones, quad runners, and autonomous cars. “I was drawn to robotics because it was an intersection of so many fields—mechanical engineering, computer science, math, and electrical engineering,” he says.

First, Vince has to describe a task for the robot mathematically by developing an algorithm on the computer. Then, the robot needs to be able to decide what part of the environment around them is important to their task. For example, they might need to change their path if an object is too close to them or ignore an object if it is too far away.

Imagine for a moment that you are a self-driving car.  If you are driving down a busy street you need to sort through all the environmental noise. If there is a car in front of you, that is important; but if someone is crossing the block several hundred feet away then you do not need to take action yet. However, you also need to constantly monitor your environment as it may change. For example, as you continue driving, the person in the crosswalk may become a hazard if they slow down or stop completely.

One of the biggest challenges in robotics is sensor technology. In most situations, Vince says, they are more sophisticated than computers. For example, Vince was a summer intern in a robotics lab startup that built drones to inspect oil rigs.

“The sensors returned more data points than the computers on the robots could process in real time. As a result, we ended up throwing away a lot of data,” he says. “My work focuses on using as little sensor information as possible to estimate task relevant quantities in the environment so the robot can perform dexterous tasks with limited computational resources.”

Anirudha Majumdar, PhD, Assistant Professor of Mechanical and Aerospace Engineering, says Vince has been instrumental in kicking off research in his group. “Combining research on theory and algorithms with hardware implementation is particularly challenging, and I have been extremely happy to see Vince tackle this challenge head-on,” he explains. “Perhaps the most impressive aspect about Vince as a researcher is his ability to make connections to diverse fields of research and bring to bear powerful technical tools from these areas—including information theory, differential privacy, and statistical mechanics—to solve problems in robotics.”

Vince first became interested in computer programming in high school. His dad bought him a programming book and Vince began to teach himself. By his senior year, Vince had written a Game Boy emulator for the computer. His favorite game to play on the emulator was Pokémon.

“I was drawn to programming because it felt like a mix of a creative outlet and a puzzle. When you finally figured something out it felt like a reward that motivated me to get through the next 20 hours of struggle,” he says.

But designing algorithms on the computer was not enough. Vince wanted the programs he created to translate into the physical world. For example, designing circuits that interface with the computer or digitally scanning a physical object. As a result, Vince majored in electrical engineering at the University of Pennsylvania and went on to receive a master’s degree in robotics.

In college, he developed and filed a patent for xBlox, a type of smart LEGO blocks. Each block had a tiny circuit board embedded in it that was connected to the computer. As you were building on the play surface, the construction would appear digitally on the screen. “It was a struggle to get it to work because of how small everything had to be,” he explained. Vince said the project brought back memories of building LEGOs with his Dad.

In his free time, Vince enjoys playing guitar and attending concerts. “There is definitely a connection between music and math. Whenever I hear something cool in a song I like to break down the theory behind why it works,” he says.

When asked about his dream project, Vince half jokingly says he would like to create a robot that can fold laundry. Ultimately, though, Vince’s goal is for his algorithms to generalize to many applications and make robotics as accessible as possible for everyone. 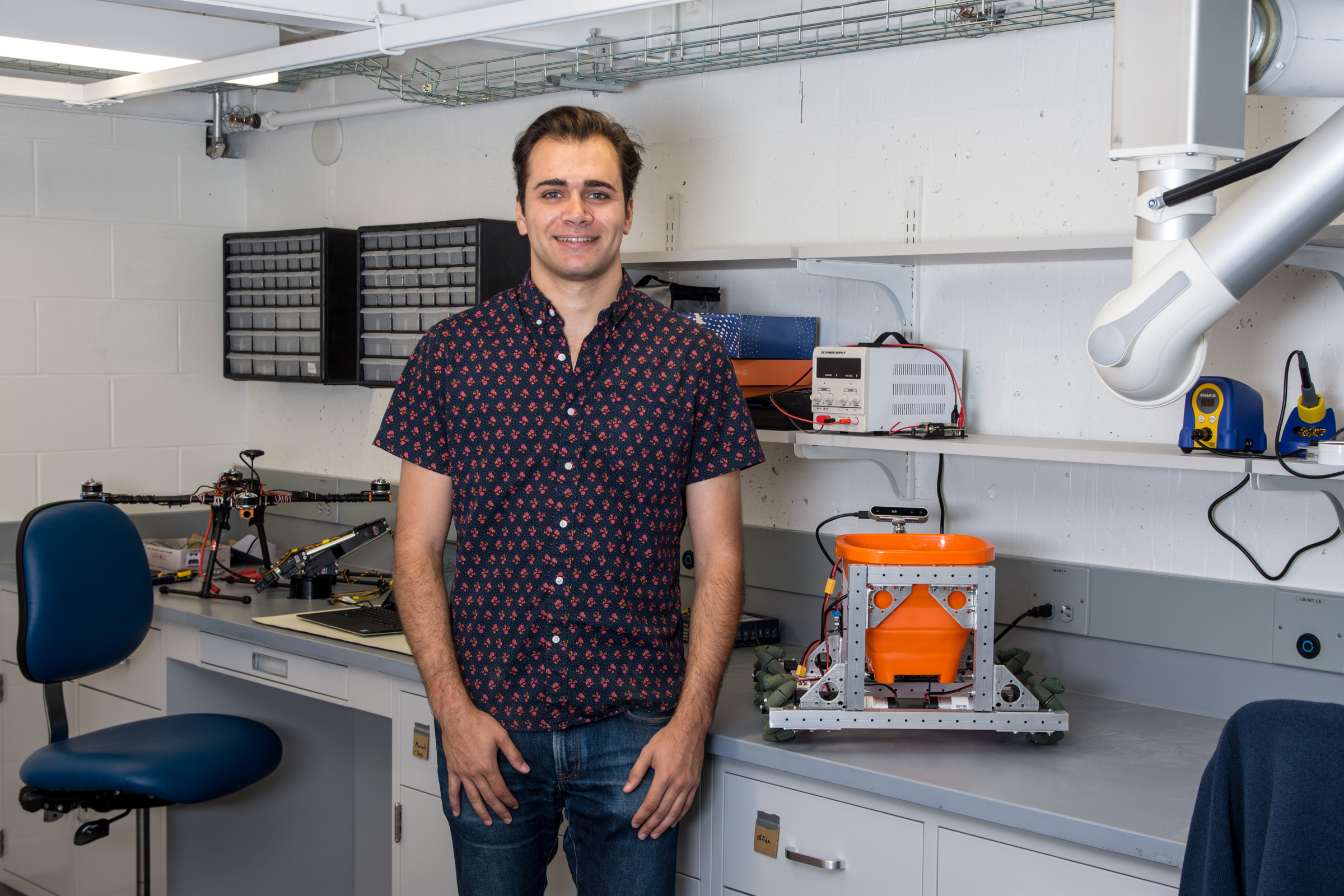