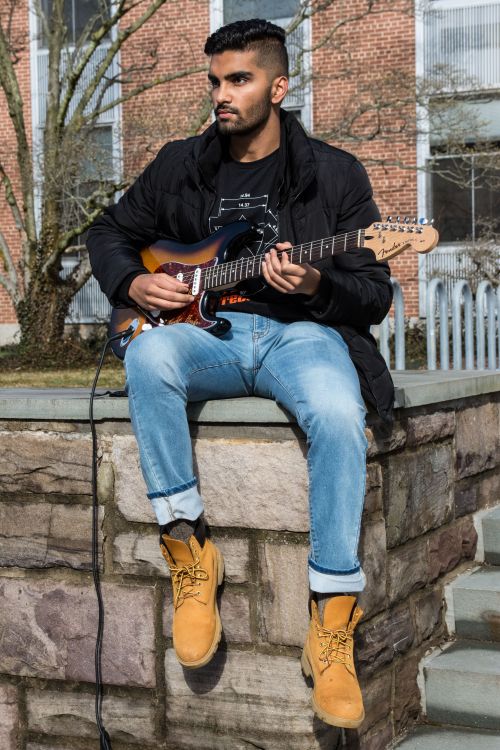 In the stillness of his room, Ritvik Agnihotri strums his unplugged electric guitar while attending three simultaneous Zoom meetings on separate devices. Although this would be a mind-bending feat for most, it is rather commonplace for Ritvik. Actually, time management skills and managing a full Google calendar are strengths that seep into most areas of his life, allowing Ritvik to build relationships and tackle even more challenges.

Challenges, like serving as project manager for Engineers Without Borders. The club, located on campus, builds a water supply system on the site of the selected country during summer. “We do the planning, research, and mechanics of the project here, and then build it over the summer in the chosen country,” Ritvik explains.

A board approves the country after preliminary surveys and interviews are completed based on Ritvik’s recommendations. The 2021 community selected is the Rosario Vainas community in Manabi, El Carmen, Ecuador. “It’s so encouraging to see teamwork in action when we are able to bring clean water to these community members. It’s such important work,” Ritvik says.

Juggling service project responsibilities and a full course load are routine for the junior MAE student. Ritvik says, “it gives me joy, and that joy paired with my ambitious and personal goals create a positive feedback loop where I keep working and stay hungry to learn more and grow.”

His interest in engineering began in grade 7 when the teacher asked students to draw their dream house. Ritvik used a ruler and math to make it perfect. Upon seeing his picture and the attention to detail and perfection, Ritvik’s teacher jokingly suggested a career in engineering. From there, he became self-taught in basic engineering and CAD design. He still has the drawing of the dream house on his desk as inspiration.

Several years’ ago, Ritvik met Hanya Qureshi who started The IVY League STEM Connect Program in Columbia. The international tutoring program pairs students from Ivy League colleges with high school girls in Rwanda, Cameroon, and Senegal. Inspired by his friend’s mission, and seeing the potential at Princeton University, Ritvik brought the program to campus. Acting as the Tutor Coordinator, he connects Princeton students with the international girls in need of tutors. “Everyone participating feels like they gain friends through tutoring,” Ritvik says of the positive experience.

He is also a Principal with Prospect Student Ventures, the first student-led venture group at campus. Ritvik’s involvement centered around his friendship with one of the founders, Ayushi Sinha. While chatting they were trying to come up with names for the group, and he said, “you guys should just name it Prospect Student Ventures to retain a Princeton Connection” and the name stuck. After researching more about Venture Capital, he was up for the challenge to join a group that he explains is similar to the television show Shark Tank.

Ritvik says that one of his career goals is to “go into the underpopulated union between engineering and business so I can apply engineering knowledge to business management roles since they go hand-in-hand.” He has actively been applying his course knowledge to his clubs and organizations along the way. In his Materials class, for example, he learned about choosing materials under varieties of constraints. Ritvik says, “I applied this methodology in my startup analysis for Prospect Student Ventures—I created a list of vital parameters for a startup, and then created an expression comparing all of these parameters. I aim to perform such overlaps between engineering and business at a larger scale in the future.”

Coincidentally, he started a record label on campus as an outlet for his own musical interests and to assist the rich musical community at Princeton University with proper marketing. The label is in the process of rebranding and will include some artists from his Cap & Gown eating club in addition to the university at large. Ritvik, a prolific guitarist, started playing in grade 8. Currently he has just one guitar, an electric he built using the skills from engineering class. He had more guitars, but he “rehomed” them when he founded the Princeton Guitar Club. The club provides electric guitars for beginning campus students and matches them with student instructors. It was another way to spread the idea of work/life balance to others, and Ritvik believes music is an excellent source for inner harmony.

Prior to Princeton University, Ritvik spent a summer working as part of a lab team of five at NASA where they fabricated a housing unit, with a $10K price tag for the LIDAR Atmospheric Carbon Dioxide Sensing Laser project using CNC fabrication. “The unit was onboarded on the DC-8 - AFRC aircraft and is still in use to generate statistics about CO2 levels globally. We also presented key findings and implications for future work during the NASA Langley NIFS Summer Intern symposium,” Ritvik explains.

Having realized the stakes of his field in high school, Ritvik says it was his mentor, Mulugeta Petros from his NASA internship who told him, “If you’re becoming an engineer, it has an impact.” Then Petros glanced at the photo of the fatal STS 107 flight crew on his desk. That statement, and the findings of the fatal flight being an engineering oversight left an impression on Ritvik, and he has the same photo on his desk “to keep myself humble and remember their stories,” he explains.

When asked to describe himself in three words, Ritvik said, “Perfectionist, well-rounded, and extrovert.” With all of the international and campus connections he has made, and the sheer amount of clubs he developed, it would be safe to add relationship-builder to that list. Ritvik is already getting a head start on those skills with a Spring internship at

Lockheed Martin as a Spring Radar Systems Engineer, and another internship at McKinsey Houston as a Business Analyst commencing in summer. 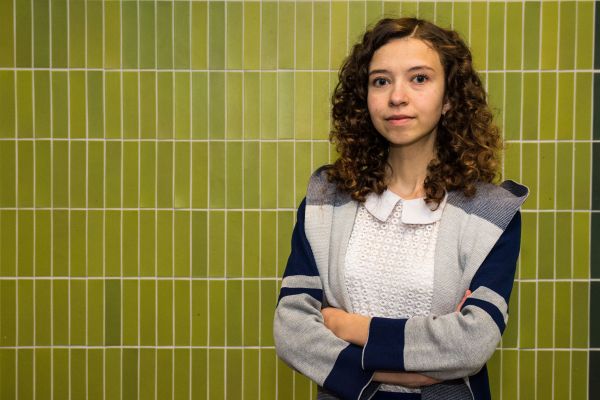