Philippe Bourrianne, PhD, watches closely as a mezzo soprano singer and clarinet player from the Metropolitan Opera perform a beautiful rendition of Oror, an Armenian lullaby. A year ago, he would travel into New York City to listen to their music. Today, the postdoc studies the artists from the comfort of his Princeton laboratory as part of an innovative collaboration with the Met to develop safe social distancing practices.

“Understanding how we can safely reopen applies to so many venues from students getting back into the classroom, to singers performing in a concert and athletes playing in a game,” says Philippe, who is in the second year of his post-doctoral fellowship at Princeton in Professor Howard Stone’s group. “We need to be able to scientifically measure, characterize, and understand the trajectory of respiratory droplets and what effect using a mask has on them.”

This is just one of the many projects Philippe has been involved with since the pandemic hit. As a researcher in the field of fluid mechanics, Philippe came to Princeton nearly a year ago to study biologic systems. His previous research at MIT and at ESPCI in France focused primarily on working with small droplets with a particular interest on “making them levitate.” However, always eager to help, his focus quickly shifted to numerous pandemic-related projects including studying the effects of facial masks, developing devices for open ventilation systems, and evaluating the trajectory of respiratory droplets.

“If you read the news and medical reports, there are so many simple and key questions about the very basics of this disease that were not known before the pandemic,” says Philippe. “The goal right now is to better understand how the virus spreads, which will not only inform us about COVID-19 but also any future respiratory diseases.”

Philippe became involved with pandemic-related research in early April soon after Princeton closed its campus. With a shortage of ventilators and associated equipment, he joined a project led by Assistant Professor Andrew Leifer—that connected researchers across the campus in physics, neuroscience, and engineering—to create components for an open ventilation monitor in consultation with medical workers. The collaborative team developed an inexpensive respiratory flowmeter and monitoring system that has the ability to remotely observe up to 20 patients using systems like the pressurized COVID-19 helmet. The sensor is connected to an expiratory hose that measures the pressure exerted by the lungs, the volume of air per breath, and the number of breaths per minute. The data is then sent to an interface box programmed with a Raspberry Pi computer.

“The project was challenging because it was different from our primary fields of study and there were huge practical limitations in terms of social distancing and accessing material parts,” explains Philippe who was responsible for testing and calibrating the flowmeter. “We had to work at a much faster and more ambitious pace than ever before, understanding an incredible amount of scientific and technical aspects in such a short period of time.”

In addition to its use in hospital environments, the flowmeter built during this collaboration is of possible interest to quantify respiratory measurements in several other COVID-related projects examining lung physics and particle flow. As facial masks have become part of everyday life, Philippe has been working diligently to quantify their effects in collaboration with other members of Howard Stone’s group such as Nan Xue and Janine Nunes. By using an infrared camera, they have been able to track the amount and trajectory of carbon dioxide that is exhaled when someone without a mask is at rest, speaks, or breathes rapidly during physical activity and compare those levels to an individual who is wearing a mask and performing the same tasks.

“The contrast is striking,” he says. “When you talk or blow out air you might reach distances comparable to the social distancing guidelines (six feet) very fast. But if two people are talking, and one of them wears a mask, you reduce the distance that air reaches to only a few centimeters. Even if you are heavily breathing, and air is blowing out rapidly, from exercise for example, it will still only reach about 10 to 30 centimeters with a mask.”

These findings also apply to the Met project. Originally, the researchers hypothesized that a very loud Opera singer would be a larger risk of spreading the virus because they have more flow coming out of their mouth. But their preliminary results are showing singing may actually be safer than speaking. Opera singers have a tendency to sing long vowels. As their mouths are wide open, the velocity of exhaled air is actually lower than someone who is speaking and making more consonants such as plosives.

“A lot of people are claiming all sorts of things about COVID-19, but the work of a scientist is to understand the processes and use observations to rationalize the arguments being made,” says Philippe. “There is such a hurry to answer these questions and it is exciting to see how so many different people could work together on a singular goal and be successful in such a short amount of time.”

Hopefully by next fall, Philippe will once again be able to watch the Opera at Lincoln Center from a safe distance. While he can’t wait to see them back on stage, Philippe will never forget those private performances in the lab and how he was able to play a small role in potentially bringing music back to New York. 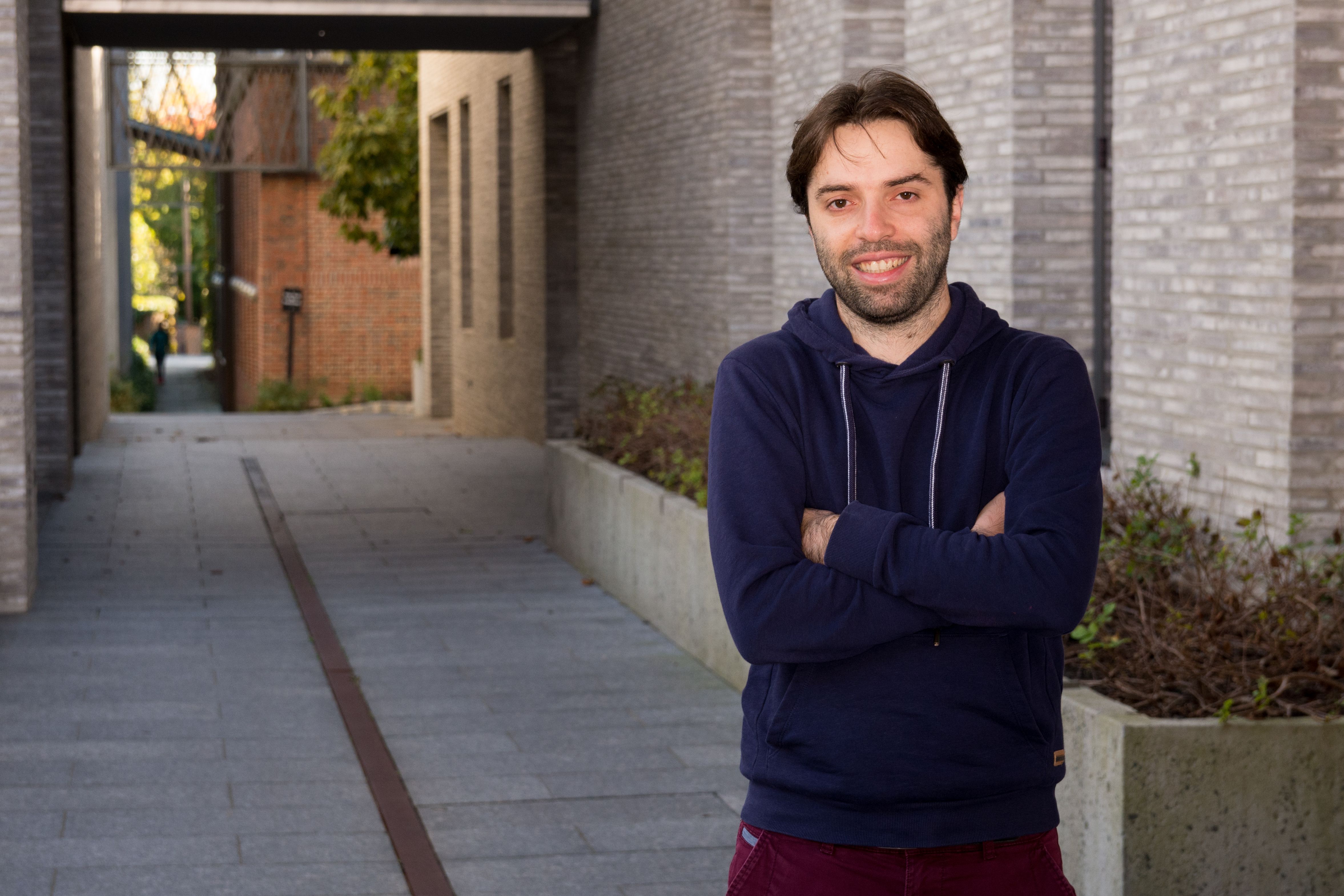