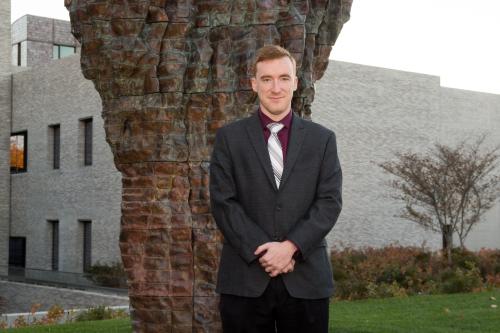 It is hard for Michael Mueller, PhD, Assistant Professor of Mechanical & Aerospace Engineering, to remember a time before he “talked shop.” As a combustion engineer, Professor Mueller says he is undoubtedly a product of his environment—his father was a mechanical engineer and his mother was as a chemist. From building Lego and Erector sets to helping his father—lovingly nicknamed “Mr. Fix-it”—with odd jobs around the house, he was fluent in the language of science and engineering from a young age.

When he started as an undergraduate at the University of Texas, Professor Mueller says his goal was simple: to find a job in the industry. But during his first internship at General Motors, he felt like something was missing. “Simply focusing on a small detail of someone else’s vision was not exciting enough for me,” he says. “I wanted to develop my own ideas and leave a more significant impact on science and technology.”

Then, during a second internship at NASA’s Jet Propulsion Laboratory, he discovered computational engineering. Professor Mueller was hooked immediately. For him, the raw potential of developing models and performing simulations on high-speed super computers that could solve complex engineering problems was truly a way to transform the field. He went on to receive a PhD in mechanical engineering with a focus on computational science at Stanford University; and in 2012, he joined the faculty at Princeton.

“For me, the unstructured and creative aspect of this type of research was not only fascinating, but critical to the betterment of science. Today, every area of engineering—not just fluid mechanics and combustion—is beginning to lean heavily on computational science,” he says. “We are just beginning to understand the potential of what computers can do.”

For decades, engineers in the automotive and aircraft industries have used empiricism to build better designs. The idea is simple—design a prototype (a new airplane engine, for example), test it, and see how the design holds up. If it fails—as it usually does hundreds of times before it succeeds—tweak the design, rebuild, and retest.

“Compared to experimental prototyping, computational design is potentially faster, less expensive, and can lead to more optimized systems with higher efficiency and lower emissions,” explains Professor Mueller. “As a result, when you use computationally designed systems, you can be more aggressive in your design.” 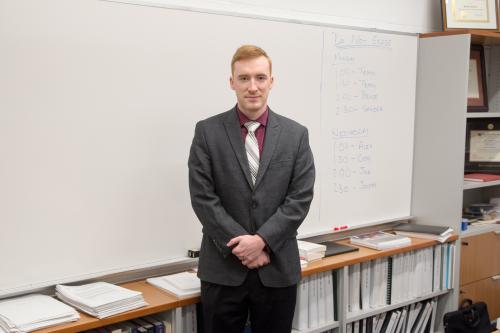 Combustion, which occurs when fuel and air react to produce heat, enables much of our everyday life from cooking on our gas stoves to getting around in our automobiles. The processes, however, are extremely complex, involving not only combustion chemistry but also turbulent fluid mechanics.

Professor Mueller’s goals are three-fold. First, to develop generalized yet computationally efficient models to describe “turbulent combustion.” Current models are either computationally expensive but general, or computationally efficient but very restrictive in the range of combustion processes that can be described (for example, there is only a single “asymptotic mode” of combustion: premixed flames, non-premixed flames, or autoignition). Some of Professor Mueller’s recent work indicates that this trade-off can be overcome with a new modeling approach that he is developing.

Second, create models for turbulence in the presence of combustion. The majority of turbulence models that exist today are quite restrictive because they assume combustion has no effect on turbulence. His recent work has shown that this assumption is good in some cases but very poor in others, depending on the relative length scales of the turbulence and the combustion processes.

Research aimed at reducing pollutants is particularly inspiring for Professor Mueller. As an engineer—and a bit of an outdoorsman—he has always felt a strong responsibility to help preserve the broader environment for future generations.

“In some ways, engineers are almost too good at what we do,” he says. “We have developed technology to meet our most basic needs, never mind our luxury desires—from turning up the heat or flipping on the light switch—with such on demand reliability that we often forget about the impacts of this convenience. We have to meet these basic needs in a sustainable way that ensures they can be met for generations to come.”

The opportunity to shape young engineering minds to think about sustainable solutions for our society is what drew Professor Mueller to Princeton. “There are moments all the time with my students when something clicks and they see the world in a new way,” he says. “Being part of that discovery process with them is very exciting.”

In the future, he tells engineering students, we will need to use less of our finite resources, by both making old technologies more efficient and developing new technologies. Computational science, he believes, will be a major driver in these endeavors. And Professor Mueller, for one, is looking forward to crunching those numbers. 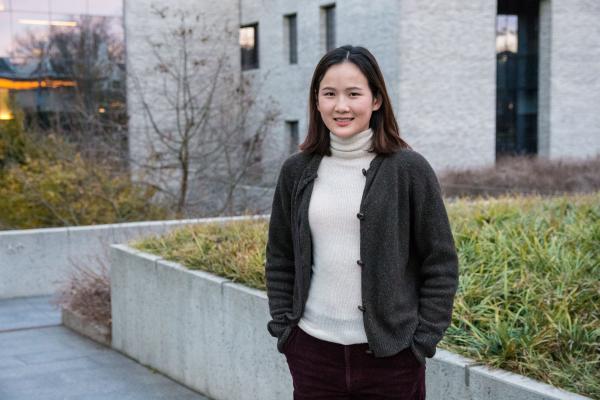