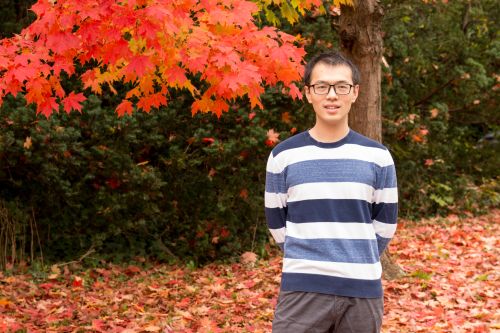 Hongtao Zhong was raised in a small town in the midst of mountains in Southeastern China by parents who encouraged him to explore his surroundings. But Hongtao knew by middle-school age that if he wanted to explore a bigger world, he would need to commit to his school studies and expand his horizons.

This realization set in much more when Hongtao was accepted at one of the most prestigious high schools in his province, 130 miles away from home. Although it was hard to be away from family for months at a time, he grew more independent and continued to set his sights further out.

Then he landed in Tsinghua University, a top research university in Beijing and one of the most prestigious in the world. There, he earned two bachelor’s degrees, one in energy and power engineering and the other in economics.

“These experiences changed me on so many levels and allowed me to explore a larger world,” he says.

In his third year as an undergraduate, he set his sights overseas to participate in a summer research program at the University of Cambridge, where for the first time he explored laser diagnostics. His research group used lasers to measure flow variables, such as velocity and temperature, which are important details in understanding and advancing energy conversion for cleaner combustion.

Laser diagnostics technology is also a powerful tool for studying chemical kinetics, a subdiscipline of physical chemistry that investigates the rates of chemical reactions. But Hongtao wouldn’t fully appreciate the full scope of chemical kinetics until he came to Princeton University.

Hongtao is now a fourth-year graduate student in the Department of Mechanical and Aerospace Engineering at Princeton. His work in chemical kinetics plays an integral role in Yiguang Ju’s lab in the study of plasma for combustion optimization and converting carbon dioxide and other gases into value-added chemicals and fuels.

“Hongtao is an immensely talented and outstanding student who has made significant contributions as part of my research team,” says Prof. Ju, the Robert Porter Patterson Professor and Hongtao’s advisor.

Plasma—Mysterious State of Matter
Hongtao, who quickly expanded his knowledge of chemical kinetics because of his intrigue and dedicated study, knew even less about plasma before he came to Princeton. And, indeed, there is still much unknown about this mysterious state of matter.

Plasma is ionized gas that is electrically conductive and strongly affected by magnetic fields. The stars, some of the Earth’s atmospheric layers and lightening are composed of naturally occurring plasmas. Manmade plasma is used in many applications, from neon signs and fluorescent lights to electronics and rocket propulsion.

Plasma is considered the fourth state of matter based on the transitional phases that rely on temperature: solid, liquid, gas and plasma (ionized gas). As the temperature in a gas increases, the thermal energy eventually breaks apart the bonds between the atoms’ electrons and nuclei, resulting in free-floating electrons and positive ions.

Plasmas can be completely ionized, which mean they become so hot that every molecule dissociates, leading to an equilibrium state in which the thermal energy among all the particles is roughly the same. Such thermal plasmas are the sources of our sun and used in fusion reactor research. Plasmas can also be partially, or weakly, ionized. These are cold, or nonthermal, plasmas (although still sizzling by human standards) that as a result of both ionized and nonionized particles with different energy levels exhibit a range of different temperatures.

“Think about a fluorescent lamp. The electron temperature is about 10,000 Kelvin [about 17,540 degrees Fahrenheit] while the rest of the gas—ions and neutral atoms—stay barely above room temperature,” Hongtao explains. “You can touch the fluorescent lamp with no problem.”

These different temperature levels lead to distinctive chemical pathways as the energetic electrons collide with both ionized and stable molecules. When the molecules are pumped into higher states of energy, they become even more chemically active. These pathways can be used for greater combustion efficiency with fewer emissions. Plasma-assisted approaches could also assist in the conversion of C02 into sustainable chemicals to reduce pollution and overall reliance on petroleum.

New Insight Into Plasma Chemical Instability
Hongtao’s core research at Princeton lies in investigating the impact of chemistry on instability in weakly ionized plasma. The instability makes plasma difficult to contain and control for its many potential applications. For example, it quickly contracts into a thin filament if it is discharged at elevated power inputs or pressure. When this happens, plasma-assisted chemical and material processing are less efficient and selective, which can reduce the lifetime and chemical functionality of the catalyst.

This instability has largely been attributed to plasma’s Joule heating, but Hongtao recently discovered that chemical interactions also play a role in plasma instability. In pioneering work with his research team, he developed a theoretical formulation and numerical model for plasma chemistry instability. The research demonstrated, among other things, that chemical kinetics involving electron attachment, electron-impact reactions and plasma-assisted low temperature fuel-oxidation reactions can dramatically change the onset boundary of plasma instability.

His theory and prediction were later confirmed by his research group’s experiments of plasma-assisted fuel reforming of methane as well as experiments on dry CO2 reforming by a European research group. Hongtao also developed an analysis method, based on computational singular perturbation theory, to identify key chemical species and elementary reactions that contribute to chemical instability in plasma.

“The idea and the analysis of the plasma chemistry instability are innovative and will open new opportunities to control plasma instability in chemicals and materials processing as well as for advanced engine ignition,” Prof. Ju says.

The plasma physics and chemistry advances made by Hongtao and his collaborators in Ju’s lab, as well as Hongtao’s novel chemical instability concept, have been recognized by the U.S. Department of Energy (DOE) and the National Science Foundation (NSF). In 2019, Princeton and Ohio State University in partnership were awarded a $3 million DOE Low Temperature Plasma Science Center, one of only two of its kind in the country. Earlier this year, in 2020, Princeton was awarded $2 million from the NSF Emerging Frontiers in Research and Innovation program to study interfaces between plasma, catalysts and reactor design for natural gas conversion to liquid products.

When Hongtao is not in the lab, he enjoys doing what he has been engaged in throughout most of his life—exploring a larger world. In particular, he enjoys hiking. Some of his favorite hiking adventures include Grand Teton National Park in Wyoming, Trolltunga in Norway, and of course, the Wuyi Mountains, where he grew up. 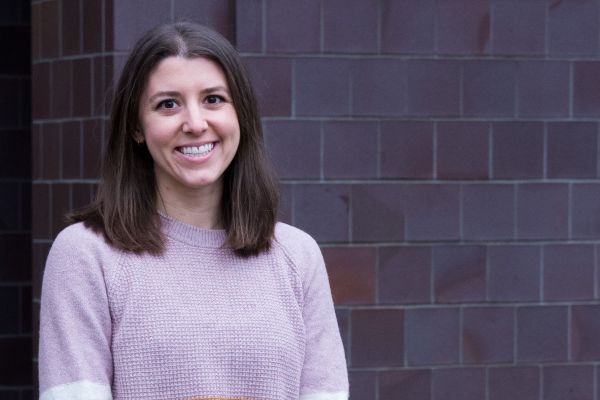 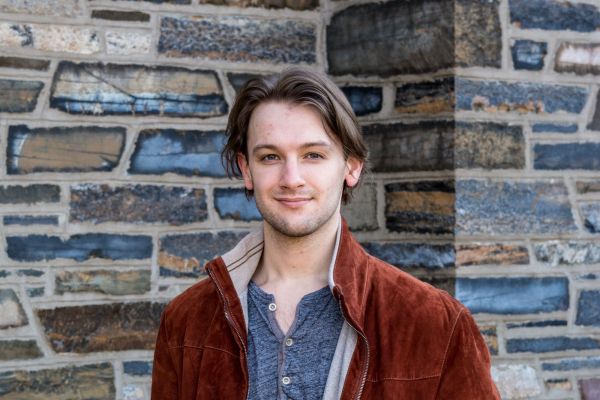