Successful careers are fueled by relationships and cannot thrive in isolation, yet this summer professional networking may not be easy. Conversations with National Laboratories is a series of webinars with prominent researchers, who will talk and answer your questions about their career paths and research at the National Labs.

Our next conversation is with Dr. Clara O’Farrell, an alumnus of the MAE Department, currently a Guidance & Control Engineer in the Entry, Descent & Landing Guidance & Control Systems Group at NASA Jet Propulsion Laboratory (JPL).

Abstract: To date, every successful mission to the surface of Mars has used a variant of the Disk-Gap-Band (DGB) parachute to decelerate from supersonic speeds to the low subsonic speeds required for terminal descent and landing. A 16m DGB was developed for the 1976 Viking landers during a series of campaigns undertaken by NASA in the 1960’s and 1970’s. Thereafter, no supersonic testing of full-scale DGBs was conducted for over 4 decades. In 2016, NASA commissioned the Advanced Supersonic Parachute Inflation Research Experiments (ASPIRE) project to investigate supersonic deployment, inflation, and aerodynamics of full-scale DGBs. The ultimate goal of the project was to certify a 21.5m parachute for use by the upcoming Mars 2020 mission. Between October 2017 and September 2018, ASPIRE conducted three tests of two different DGB designs at conditions representative of flight at Mars. The two parachutes under investigation were a built-to-print DGB used by 2012’s Mars Science Laboratory mission and a strengthened version of this parachute designed for Mars 2020. The parachutes were delivered to Mars-relevant Mach number and dynamic pressure conditions by sounding rockets launched out of NASA’s Wallops Flight Facility. The experiment payloads contained instrumentation to reconstruct the test conditions, parachute loads, and parachute aerodynamic performance in flight. Imagery from onboard high speed/high resolution cameras allowed the reconstruction of the three-dimensional geometry of the canopy during inflation and is informing current research into fluid/structure interactions during supersonic parachute inflations. The campaign culminated in the test of the strengthened parachute to a load of 67.4 klbf: the highest load ever survived by a supersonic parachute to date. In the coming months, a parachute of the design will be integrated into the Mars 2020 spacecraft for launch from Kennedy Space Center in July 2020. 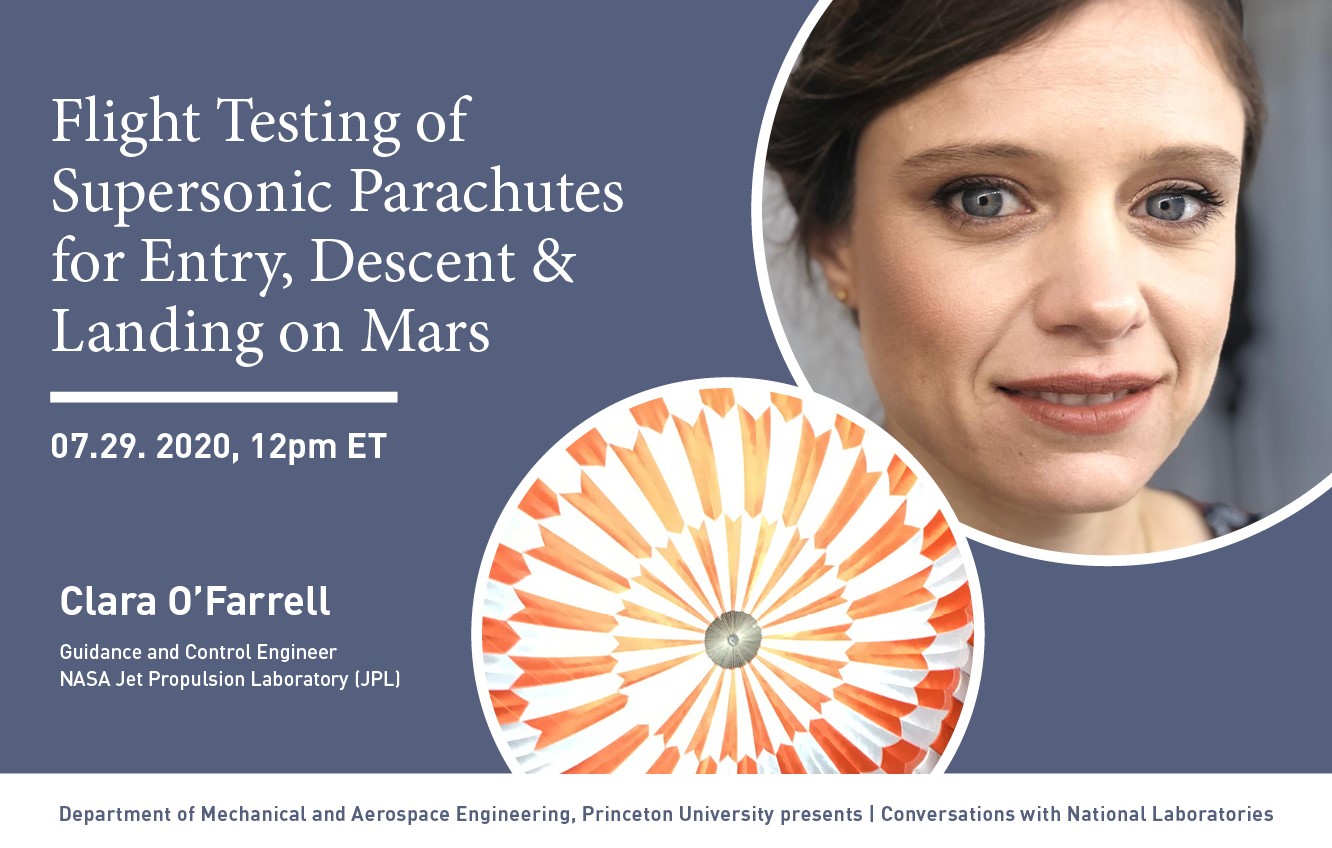