It is Wednesday morning and Bec Gray is ready for her latest presentation.

Only this time her audience isn’t the usual group of scientists studying multi-agent systems—it is a fourth grade class from Harlem Prep Elementary School.

As part of an elective course, Bec and other graduate students in the Department of Mechanical and Aerospace Engineering are showing young students how engineers help others and inspiring them to pursue careers in science. Bec offers the kids some obvious examples—a doctor listening to a patient’s heartbeat and a firefighter putting out a candle. But to accomplish these important tasks they need tools. Bec then asks the students to design their own tools to solve a similar problem.

“We want to introduce them to the idea that so many things in life are designed by engineers and encourage them to be curious about how we make these tools. There is so much we still do not understand—engineering is constantly helping us learn more about how things work from our bodies to the natural world,” says Bec.

Like many of the fourth-grade students, Bec did not always think about engineering this way. In fact, biology was her least favorite science in high school. Then, as an undergraduate at the University of Canterbury in Christchurch, New Zealand, she worked on a control and dynamics project to develop a glycemic model for people with diabetes.

“I had never thought about approaching biological problems from an engineering perspective before. But suddenly my eyes were opened to many applications of mechanical engineering that I had never considered. I found it fascinating that engineering methods could be used to develop a greater understanding of non-engineering subjects,” she explains.

As a third-year PhD student in Mechanical & Aerospace Engineering, Bec is exploring fields that have important applications in society. Her research focuses on developing mathematical models for collective decision-making inspired by observing natural systems, such as house-hunting honeybees. Collective decision-making is the process by which multiple agents in a network assess a situation and make a single group decision based on information that is presented and passed through social cues rather than relying on a leader.

Her insights have important applications for robotic systems. For example, search and rescue robots sent out to find survivors or collect information after a natural disaster have to make decisions about where to search based on the information they observe directly, such as changes in weather conditions or survivors who may be injured, or information they learn from other robots in the group. Robotic vehicles that perform environmental monitoring in the ocean, or on land, or in the air, have to decide how best to distribute themselves to take measurements and collect samples.

“One of the great things about the form of collective decision-making we study is that while some level of intelligence is required, the individual agents can be fairly simple. It is through a sophisticated combination of simple interactions that we see the rich complexity in behavior,” explains Bec. “This is advantageous because it means the robots we may someday create for these systems can be low cost and easily replaced.”

Honeybees: A Model for Collective Decision-Making

Honeybees are a perfect example of this multi-agent network, Bec says, because their survival relies on their ability to make successful decisions as a group. They have to use decentralized strategies to communicate, compute, and evaluate multiple pieces of information.

An example of this collective decision-making can be seen in how honeybees search for new hives, Bec explains. When the hive becomes too small for the swarm they send out scouts to look for a new site.

First, these scouts move around and inspect new potential hives. They have several criteria to consider: for example, an ideal home is high off the ground, has a small entrance hole, and enough room to store food.  When a scout is finished she comes back home and uses various movements (called the “waggle” dance) to communicate to the other bees what she has found. Those bees that are recruited will visit and make their own assessment. When the number of scouts accumulates over time at one of the potential sites, that site is chosen as the new hive.

Bec studies a nonlinear mathematical model of the decision-making dynamics that depends on a small number of parameters, representative of the environment and the network structure. Many natural systems, like the honeybees, can be studied by considering the evolution of equilibria in the system with respect to the various system parameters. Bec looks at the effect of these different parameters—such as the value of the options the bees are choosing between or the number of bees involved—and how they affect the decision-making process and ultimately the group’s performance.

“My role is to think about this natural process from a control engineering perspective—what is coming into the system, what is going out of the system, and what happens in the middle to make the process work,” Bec says. “The end goal is to both leverage key features from the natural decision-making processes that can be applied to robotic decision-making, and also to develop hypotheses that consider factors that previous population-level models have not been able to.”

“Bec is inspired by the remarkable collective behavior of animal groups, and she is driven by the opportunity to use mathematical models to explore the mechanisms that help explain observations of behavior,” says Naomi Leonard, PhD, Edwin S. Wisley Professor in the Department of Mechanical and Aerospace Engineering. “She is doing so well at combining her creativity with her technical expertise to translate the mechanisms into design, all the while keeping her focus on solving problems that benefit society.”

Bec’s natural curiosity drives her in the lab. Ever since she was a young child, Bec was always asking questions about the world, such as how things worked or the way something was built.

When she was 10 years old, Bec’s father told her about the Sydney Harbor Bridge during a family vacation. The next morning she woke up at 6am insisting they walk over and inspect the bridge.

“It was the first time I really thought about engineering,” she says. “I was so impressed by how someone designed a structure that was so massive.”

Bec hopes young students will also be inspired by the world around them.  “I want them to think about what interests them, and then how engineering is involved or can be involved,” she says. “Engineering gives us the opportunity to use our skills and creativity to help people in many vastly different ways.” 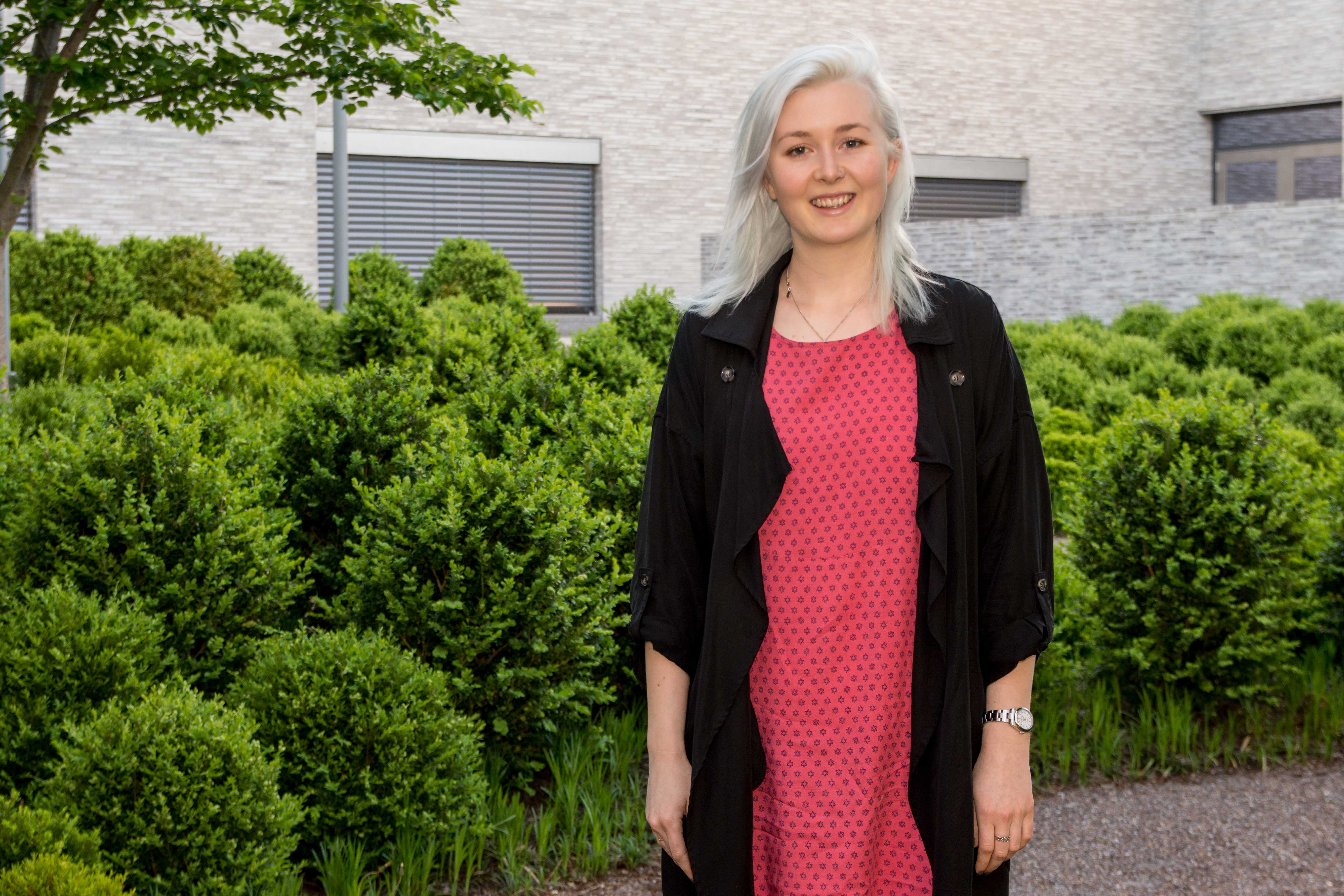