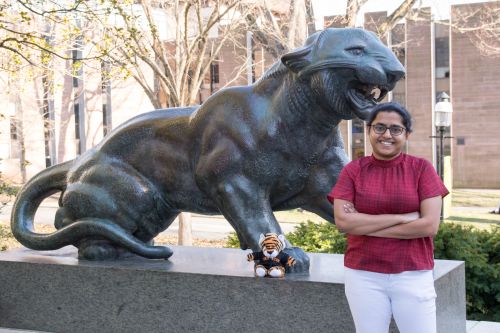 For Princeton PhD candidate Anvitha Sudakar, inspiration and motivation starts at home, more than 8,000 miles away.

Sudakar, 23, hails from Bangalore, India, and her mom was from “a network of moms,” mothers who pushed daughters who historically had difficulty gaining financial independence.

“This is still a problem in India,” Sudakar says during a recent Zoom chat. “Mom was always encouraging me to study harder.”

And it worked. After graduating in the 96th percentile at the National Public School Rajajinagar in Bangalore in 2015, Sudakar then gained her Bachelor of Technology with Honours in Mechanical Engineering from the prestigious Indian Institute of Technology in Mumbai in 2019.

And then, the long trip to the northeastern U.S.

Having done an internship at Princeton after her junior undergraduate year,  Sudakar knew she liked the research labs and the ISIP (International Student Internship Program) at Princeton. She could have stayed in India but felt that having graduated from the best school in her homeland, she needed a greater challenge. She likes that her program at Princeton is project- rather than syllabus-based.

Sudakar finished her qualified exam this past January and expects to complete her Ph.D. in 2024.

Among her many interests as an undergrad was robotics and she was part of the Technical Team at IIT that developed an unmanned Autonomous Underwater Vehicle which competed in the annual Robosub competition conducted by the U.S Office of Naval Research in San Diego. The coding that was done became the brain of the submarine.

She then started using her coding skills and transitioned to an interest in solid mechanics. “I honed in on the mechanics of biological science as what I wanted to pursue my Ph.D. in,” she says.

“It was random,” is her reflection on her undergraduate pursuits. “But it got me to where I ultimately am today.”

One of her current projects is making a computational model of alveoli formation in lizard lungs during embryonic development. This will help to understand the underlying mechanisms that govern lung development and will be used to build a platform that makes artificial alveoli. This project is being funded by the Eric and Wendy Schmidt Transformative Technology fund. Schmidt – the Princeton alum and former executive chairman of Alphabet, Google’s parent company – and his wife started this fund in 2009 for the invention, development and utilization of cutting-edge technology that has the capacity to transform research in the natural sciences and engineering.

Her other project is using lessons from studying the mechanics of biological development to model self-folding of origami/kirigame structures. This model will be used to design high-performance, self-morphing structures that are made from bio-inspired materials to be lightweight and energy efficient. This is funded by the National Science Foundation grant for Future Manufacturing.

There are, of course, always disruptions. Like a global pandemic.

In March of last year, Sudakar was living in the graduate college but didn’t want to stay. So when Covid struck she moved to an apartment on Nassau Street and is still there today. She hasn’t seen her family since she started at Princeton in the fall of 2019.

“It was definitely hard,” she says, especially since a trip to India had to be canceled. “Then I had exams and I couldn’t book a trip.” She has figured out the logistics of communicating with her mom, dad and brother back home. Since they are 9 ½ hours ahead of her, she will call just before she goes to bed, around the time her family is starting their day in India. She’s homesick, but it helps.

Because she doesn’t require a lot of time in labs, she is not hindered working out of her apartment.

After completing her Ph.D., Sudakar plans on a career in industry. She had thought of academia – teaching, then becoming a tenured professor – but is drawn to the high-quality research she could do, such as computational work with mechanical systems. “I’d like to use software to solve mechanical engineering problems.”

She is not committed to any particular place. “As long as the place is friendly and tolerant to international students,” she says. Although she is not particularly stimulated by Princeton as a town, she does like the mindset of those in the northeast. And being in a small-ish town has given her time to pursue other interests. She now listens to podcasts during walks and runs on the Delaware & Raritan Canal.

To fill her big city fix, she has wandered Central Park and and museums in New York City as well as the Liberty Bell and Reading Terminal Market in Philadelphia.

She also got away from the classrooms and labs back home long enough to complete a two semester National Sports Organization course on lawn tennis a year after she secured a third-place finish in the IIT Squash General Championship of 2015.

But it mostly comes back to mom. Coming from a family of rural farmers, Sudakar’s mother grew up in a rural area and didn’t learn English, which hindered her academically. But she was able to influence Sudakar and her younger brother, a senior in high school, who, she says, “also has inclinations towards science and engineering.”

About her mother, and the limitations she grew up with, Sudakar simply says, “I can’t believe she was able to do what she did.”
-- David Krakow 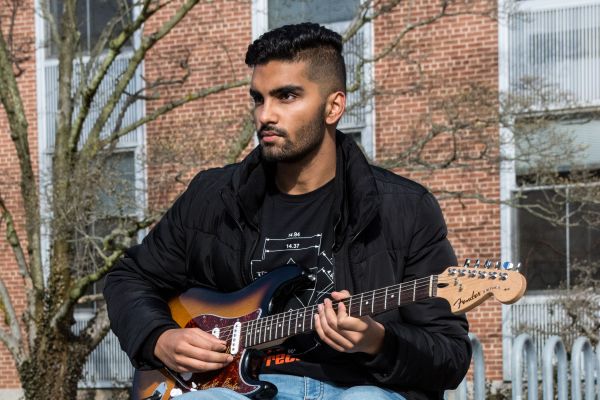 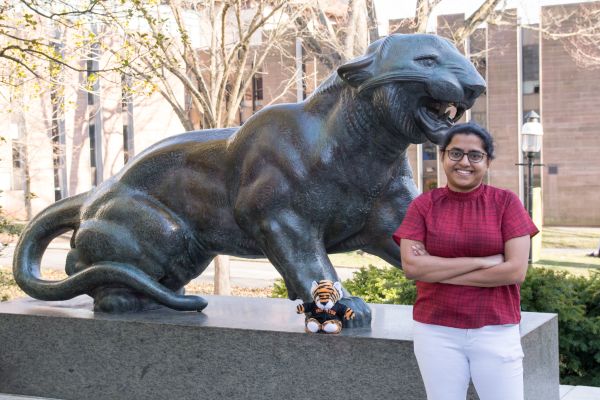