Presenting at the annual Mechanical & Aerospace Engineering (MAE) Research Day was a great way for Alex Novoselov to practice his upcoming dissertation defense in May. And taking home the unexpected first-place prize was the perfect way to culminate nearly five years of graduate work at Princeton.

“Preparing for Research Day gave me the feeling that I will be ready to graduate in the spring. I was very excited when I found out I was selected to present my work this summer and honored to also be chosen as this year’s winner. The award is particularly meaningful to me, because it was chosen by a panel of both professors and students that I hold in high esteem,” says Alex, a fifth-year PhD student in MAE.

Every September, the MAE Department hosts a Research Day highlighting recent graduate student work. Each lab has an opportunity to submit a promising abstract, and five projects from each major discipline are chosen to be the subject of a 20-minute presentation. Alex’s project, “Turbulent Nonpremixed Cool Flames: Experiments, Simulations, and Models,” represented the year’s best work from the “Propulsion and Energy Science” discipline.

The focus of Alex’s research is cool flames. The name of the little-known phenomenon is a bit of an oxymoron, he jokes, because cool flames are obviously not simultaneously hot and cold. Cool flames are not something engineers necessarily seek to make, but rather exist alongside hot flames. As Alex describes, they occur from a coupling between low-temperature chemistry and transport, most often appearing in real-world combustion devices like diesel engines.

“They are this stable state that exists alongside hot flames under certain conditions,” explains Alex. “They are less frequent than hot flames so you might not think these cool flames are awfully important at first. But they are actually very important for describing the dynamics of systems like a diesel engine. If you do not understand them, you will not be able to understand the entire system.”

Alex’s research focuses on exactly that. As a graduate student in the Computational Turbulent Reacting Flow Laboratory he tries to better describe these cool flames and understand their role within power generating systems like an engine or gas turbine. He does this by developing simulations to model turbulent combustion.

Studying cool flames in stable, laminar flows is fairly common. But engine systems are anything but stable—they are fast and turbulent. What makes Alex’s research unique is that he is looking at cool flames in the context of a real, turbulent system. Using computational models, he is evaluating how relevant they may be to actual systems in cars, airplane engines, or gas turbines, for example.

“The biggest takeaway from my research so far has been that our conventional models actually work for both hot and cold flames. This tells us that engineers who want to study this phenomenon in a real system can use the tools they have knowing they are not missing any sort of physics,” explains Alex.

Alex originally worked with a simulation type known as Direct Numerical Simulation (DNS). He used DNS and collaborated with experimentalists to study an isolated nonpremixed turbulent cool jet flame. One of the major conclusions was that DNS was able to accurately describe cool flames.

DNS, however, is too expensive to simulate an entire system because it resolves every scale in the system. Instead, Alex uses the DNS results to develop models for Large Eddy Simulations (LES), which he refers to as “the little brother of DNS”. In LES, the governing equations are filtered so they become less expensive to solve. With LES, engineers are able to simulate the most critical aspects of a real engine model and get all of the information they need.

“I use the truth I know from DNS to evaluate how well the models would work in LES. The results showed that our turbulent combustion models work. Our ultimate goal with such models is to develop what my advisor likes to call a ‘turnkey’ solution, meaning that anyone without full background knowledge could use these models,” Alex explains.

In their field, Michael E. Mueller, PhD, Associate Professor, Department of Mechanical and Aerospace Engineering at Princeton, explains that graduate students often focus on either discovering new physical phenomena such as cool flames, or modeling, that is, the translation of what we understand about physics into mathematical expressions.

Combustion has long been an area of interest for Alex. In high school, inspired by his favorite physics teacher, he spent hours learning about the science of rocket engines. Growing up in Brooklyn, however, he never was able to find a place to launch them.

Fascinated by graduate-level fluids and combustion classes at The Cooper Union, Alex decided to apply to graduate school for programs specializing in propulsion. Throughout his undergraduate training, Alex had always been involved in “hands-on” experiments. He was constantly making robots or hanging out in the machine shop. But he decided to leave the “hands on” mechanical engineering experience behind to pursue a more theoretical approach at Princeton.

“The focus on fundamental research is what first drew me to Princeton,” he says. “When something works it is human nature to ask, ‘why?’ I had been building so many devices, but rarely got to stop and understand the fundamental science behind how the systems worked. My entire job at Princeton has been to answer the ‘why.’ Instead of building something tangible like a rotor or turbine, we build something even more valuable—proof of concepts.”

Alex was drawn to science and engineering from a young age. As a child he was always building something with LEGOs or blocks. When his school gave out microscopes for a science project, he proudly brought in his own set to show everyone how to use it. Today, Alex’s hobbies range from photographing wildlife to learning German and cooking new foods.

If it is the middle of the night, you can likely find Alex, a self-proclaimed night owl, working. But during the day, he is often in the classroom teaching other students. Inspired by his AP physics teacher, who Alex says, “made science come to life,” he has been an Assistant Instructor for five semesters. After graduation, Alex plans to stay in academia and pursue his interests in both research and teaching.

“Teaching is like a great puzzle,” he says. “You often have to figure out how to pass along information to a student who does not understand something. It pushes you to understand the concept in a new way.” 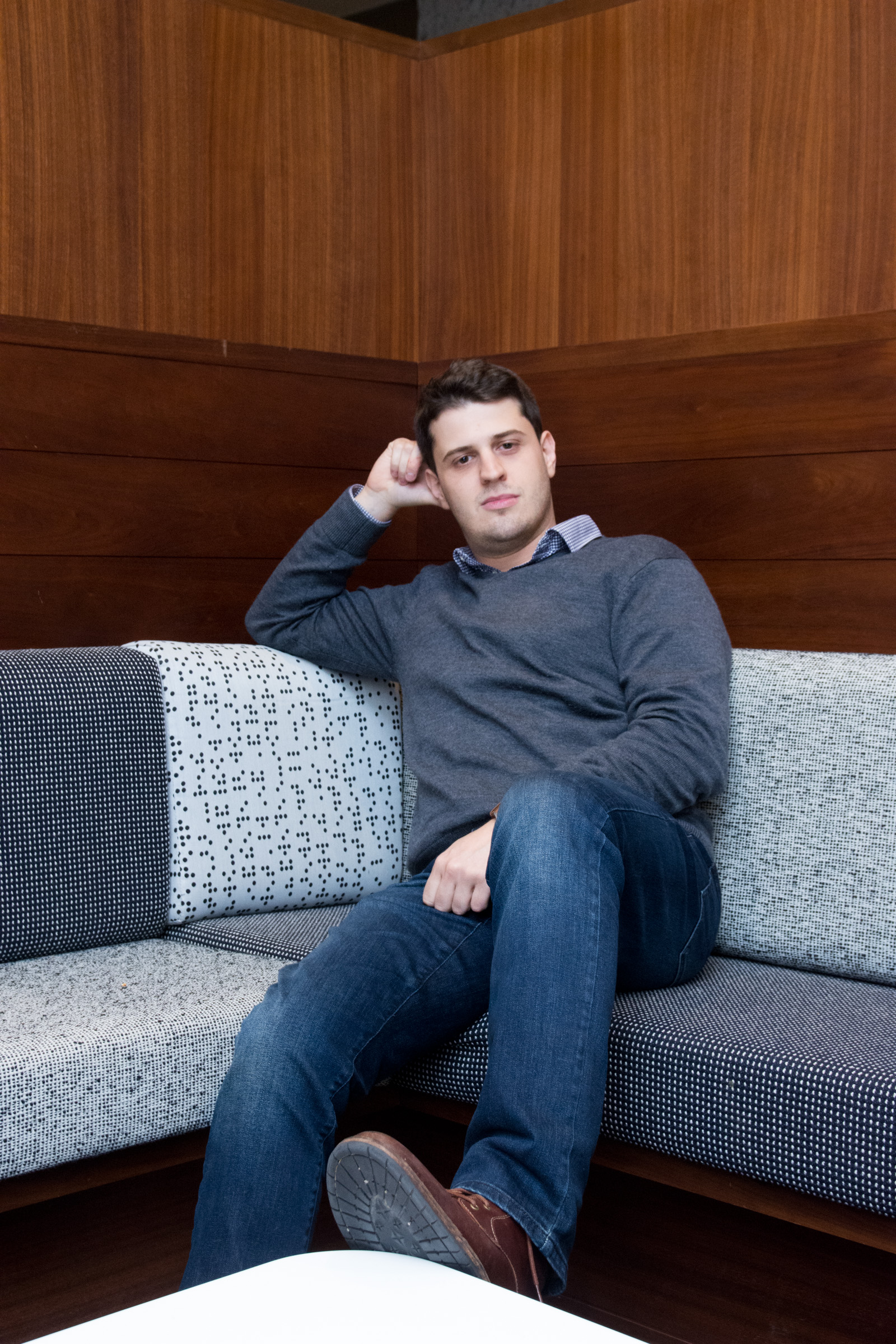