An only child, Adelle Dimitui grew up in Southeast Asia; while originally from the Philippines, Dimitui spent another thirteen years in Myanmar, where her family moved as a result of her father’s job with a Southeast Asian pharmaceutical company. The influence of both her stay-at-home mother and her father molded Adelle’s interest in approaching a Mechanical and Aerospace Engineering degree with a sense of creativity and with the purpose of making a positive social impact.

Dimitui’s father grew up in a rural community in the Philippines as the eldest of six children. Seeing his parent’s work hard in low-paying jobs, he prioritized his studies so that he could provide for a family of his own. From her father, Dimitui learned the importance of higher education and placed a strong value on it. Dimitui’s mother nurtured her creative side by encouraging her writing and drawing and contributed to the development of her emotional intelligence. “While I learned the value of hard work, graciousness, and education from my father, I credit my mother for helping me learn the value of good conversation and self-esteem.”

Dimitui has constantly sought new challenges, particularly ones in which she had no previous exposure or innate aptitude for.  In high school, Dimitui attended a lecture by a Filipina social entrepreneur who led an organization that built and distributed solar flashlight to low income communities. The lecture, combined with her background, passion for creative writing, drawing, and graphic design, and her prioritization of education, culminated in a desire to dive headlong into technology. Dimitui realized that by working in technology, she could produce something that would benefit a community in need. “This fulfills everything I want to do: having a positive social impact while fulfilling my insatiable need to learn. I would not be abandoning art, because really technology is art. There is art everywhere you look – it is an idea that grows from something that is intangible and made into something that is tangible.”

With an empty canvas, Dimitui began sketching the early steps of her academic and professional career, beginning with her decision to pursue mechanical and aerospace engineering at Princeton. To build upon her desire of learning something in which she had no formal training, Dimitui applied to iXperience program, an eight-week coding program in Cape Town, South Africa, following her freshman year. She learned front-end web development, Javascript and HTML/CSS languages, and the AngularJS and jQuery frameworks for Javascript. “I realized through this program how much I enjoy coding and how, harbored inside me, there was this hidden love I had for the beauty of coding.” The program – which was structured to maximize experiential learning – taught Dimitui how she could use code to do something creative that has significant real-world applications.

Her skills in coding have played an important role in her MAE summer research with Professor Yiguang Ju’s Advanced Combustion and Propulsion Lab, where Dimitui writes and edits MATLAB code that automates some of the graduate students’ research processes, thereby reducing their time spent on data processing. Dimitui has helped improve code that quantifies consumption and production during various chemical reactions, as well as code that performs image analysis on pictures of flames to produce turbulent combustion statistical data, such as flame perimeters and local radii of curvature.

The cool flame research is a major part of the lab’s work, said Chris Reuter, one of Professor Ju’s graduate students. A cool flame is one that has a maximum temperature below approximately 600 degrees Celsius and is produced by the chemical reactions of certain fuel-air mixtures. They study cool flames to understand how transportation fuels can operate in over a larger range of conditions, Reuter said. The study of low-temperature combustion and cool flames are important for co-optimization of engine and fuel design, which can be more efficient and cleaner for the environment, he explained.

“Adelle has helped write some new analyzing software to help our team better understand turbulent flames and has also worked on some coding to help us more easily analyze the details of combustion chemistry,” Reuter said. “We can give her an idea and she takes it and runs with it, which is very helpful to us; she is a good worker, friendly, and independent.”

Dimitui enjoys the coding immensely, but not more than experiments. “I'm a very hands-on type of person, and I love feeling the tangibility of mechanical equipment while collaborating with peers. I wouldn't say I like one over the other -- I would say I have a little more wide-eyed fascination for experiments, since I don't have as much experience with building as I do with coding.” Dimitui is looking forward to her junior year, when she will have the opportunity to take design courses in which students build solutions to design problems, allowing her to apply the theory she has learned so far.

As far as her life’s canvas is concerned, Dimitui’s work is a mixed media piece: she continues to dabble in traditional art by providing graphic design services to various organizations on campus; she is using her coding and development skills working on an app as a side project; and she has been involved with Engineers Without Borders both as a participant on the technical team of the Peru International Project and on the student board helping with the overarching administration of the organization.  “Engineers Without Borders, to me, acts as an intersection between community service and engineering, which I feel really aligns with my personal values.”

Dimitui’s Princeton experience has been colorful so far. Upon graduation, she hopes to find a job in a company – in what country, big tech or small start-up, does not matter – where she will get to build and use her experience in hardware and programming. Ultimately she would like to return to the Philippines.

But as long as she is involved with a sustainable project in technology that has a social impact, Dimitui will consider her work a masterpiece. 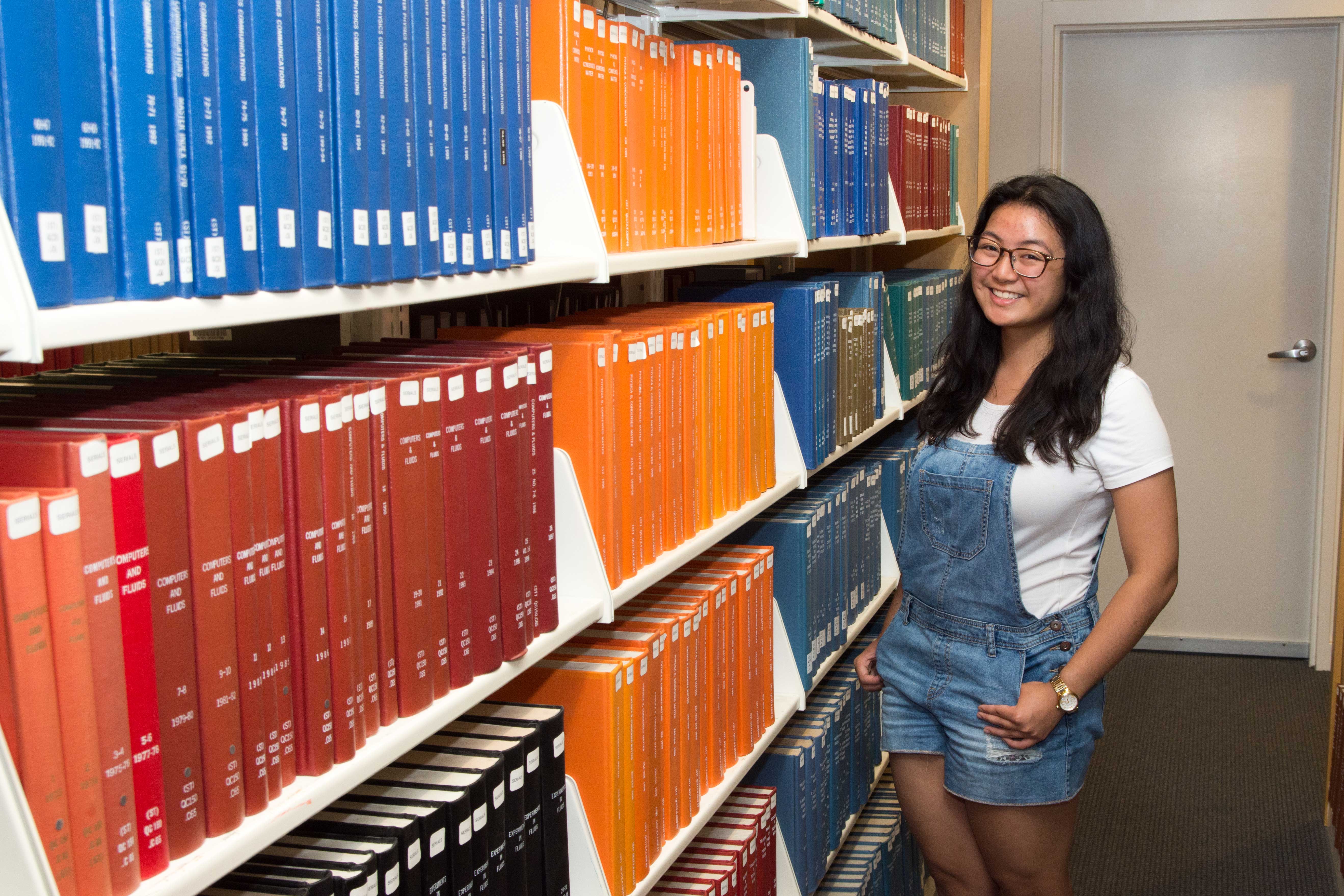