Ultra-intense Laser Matter Interactions at the University of Michigan

The technology of high power lasers has seen rapid recent developments resulting in the ongoing construction of lasers with powers up to 10 PW (10^16 Watts).  I will review some of the recent experimental results using the high intensity HERCULES laser at Michigan. This includes the development of "table-top" sources of GeV electrons, positrons, pions and gamma rays as well as femtosecond duration beams of x-rays for probing and imaging matter with extreme temporal resolution.  I will also discuss some of  the exciting physics which will be made possible by the even larger laser systems about to begin operation.

Karl Krushelnick graduated with a BSc in Physics from the University of Western Ontario in Canada, after which he attended Princeton University for graduate study.  He received his PhD in 1994 in Astrophysical Sciences (plasma physics). Until  2006 he was a Professor in the Physics Department at Imperial College London when he moved to the University of Michigan. At Michigan he is Director of the Center for Ultrafast Optical Sciences and a Professor in the Departments of Nuclear Engineering, Electrical Engineering and Physics. 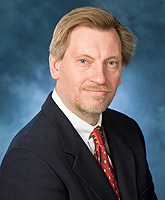