Simulation of turbulent combustion in operational devices (gas turbines, rockets, scramjets) is challenging due to the wide range of scales involved: from the molecular scales where mixing and combustion occurs to the large-scale of the device that control the global processes. Interactions occur over the entire range of spatial (and associated temporal) scales, and models optimized to work in one specific region of application invariably fail when another area is simulated. For next generation low-emission gas turbines used for power generation, simulation model must allow the user to systematically adjust the operating condition without any ad hoc adjustment to the model in order to understand the performance at the “edge” of combustion stability. However, numerical prediction using large-eddy simulation (LES) of combustion dynamics (stability) in gaseous and liquid fueled combustors is difficult due to many unknowns in the experiments and in the modeling strategies. A multi-scale, two-phase simulation approach that is currently being used to investigate these applications within a single simulation framework will be described and strategies that can be used to eliminate some of the uncertainties will be highlighted. Computational challenges involved in numerical schemes, subgrid closures, and data processing will be discussed along with some key examples of successes and failures.

Professor Suresh Menon received his B. Tech (1976) and M. Tech (1978) from the Indian Institute of Technology, Kanpur and his Ph.D. (1984) from the University of Maryland, College Park. He began his research career as Research Scientist in Flow Research, Inc., Kent, WA in 1984 and became Senior Scientist in 1988. At Flow he did research using direct and large-eddy simulation (LES) of turbulent combustion, active control of combustion instability in ramjet engines, turbulent reacting shear layers, and supersonic mixing. In 1993, he joined Georgia Institute of Technology as an Associate Professor and became a Professor in 1997. He is currently the Hightower Professor in Engineering in the College of Engineering and the director of the Computational Combustion Laboratory. Professor Menon’s area of expertise is LES of turbulent mixing and reacting flows, and he has developed numerical strategies that are currently being used in both industry and governmental research laboratories. His research has been funded now (and in the past) by NASA, DOE, ONR, AFOSR, AFRL, ARO and DTRA, as well as by industry such as GE, P&W, Rocketdyne, Solar Turbines, Hyundai, Boeing, Siemens, Safran, BMW, and Ford. He has published and/or presented over 350 papers, and has graduated 35 Ph.D. and 44 M.S. students. Professor Menon is a Fellow of AAAS, an Associate Fellow of the AIAA, and a member of the American Physical Society, the American Society of Mechanical Engineers, the Combustion Institute and the Sigma Xi. 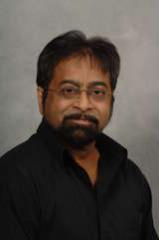