From Buckliphobia to Buckliphilia: Embracing the mechanical instabilities of slender structures

Slender structural elements (e.g., rods, plates and shells) under compression are ubiquitously subjected to mechanical instabilities. Across length-scales, buckling has traditionally been regarded as a first route toward failure and is therefore to be avoided; an approach that we refer to as Buckliphobia. By contrast, Buckliphilia is a more recent and burgeoning trend that envisions mechanical instabilities of slender structures as opportunities for scalable, reversible, and robust modes of functionality that are first to be predictively understood in order to then be harvested.

In this talk, I will present a series of representative experimental studies of both Buckliphobia and Buckliphilia, with a focus on problems involving thin elastic rods and shells:  i) lockup through buckling of coiled-tubing in the oil/gas operations; ii) buckling of flagella as a mechanisms for reorientation during bacterial locomotion; iii) modulation of critical buckling loads of thin shells by strategically engineered imperfections; and iv) periodic buckling patterns of shell structures for switchable and tunable aerodynamic drag reduction.

The main common feature underlying these various problems is the prominence of geometry, and its interplay with mechanics, in dictating complex mechanical behavior that is relevant and applicable over a wide range of length scales. The fundamental challenge in these studies lies in rationalizing the geometric nonlinearities that arise in the post-buckling regime. From an engineering perspective, Buckliphilia offers unprecedented opportunities for novel applications.

: Pedro Miguel Reis is the Gilbert Winslow Associate Professor of Mechanical Engineering and Civil & Environmental Engineering at the Massachusetts Institute of Technology. His research group is dedicated to the fundamental understanding of the mechanics of slender structures and their intrinsic geometric nonlinearities. Prof. Reis received a B.Sc. in Physics from the University of Manchester, UK (1999), a Certificate of Advanced Studies in Mathematics (Part III Maths) from St. John’s College and DAMTP, University of Cambridge (2000) and a Ph.D. in physics from the University of Manchester (2004). He then moved as a Post-Doc at the City College of New York (2004-2005). Between 2005 and 2007 he was a CNRS Post-Doc at the ESPCI in Paris. He joined MIT in 2007 as an Instructor in Applied Mathematics in the Department of Mathematics. In 2010 he moved to MIT’s School of Engineering, with dual appointments in Mechanical Engineering and Civil & Environmental Engineering, first as an Assistant Professor and, since the summer of 2014 as Gilbert W. Winslow Associate Professor. More information on the activities of his research group can be found in the following link: http://web.mit.edu/preis/www/ 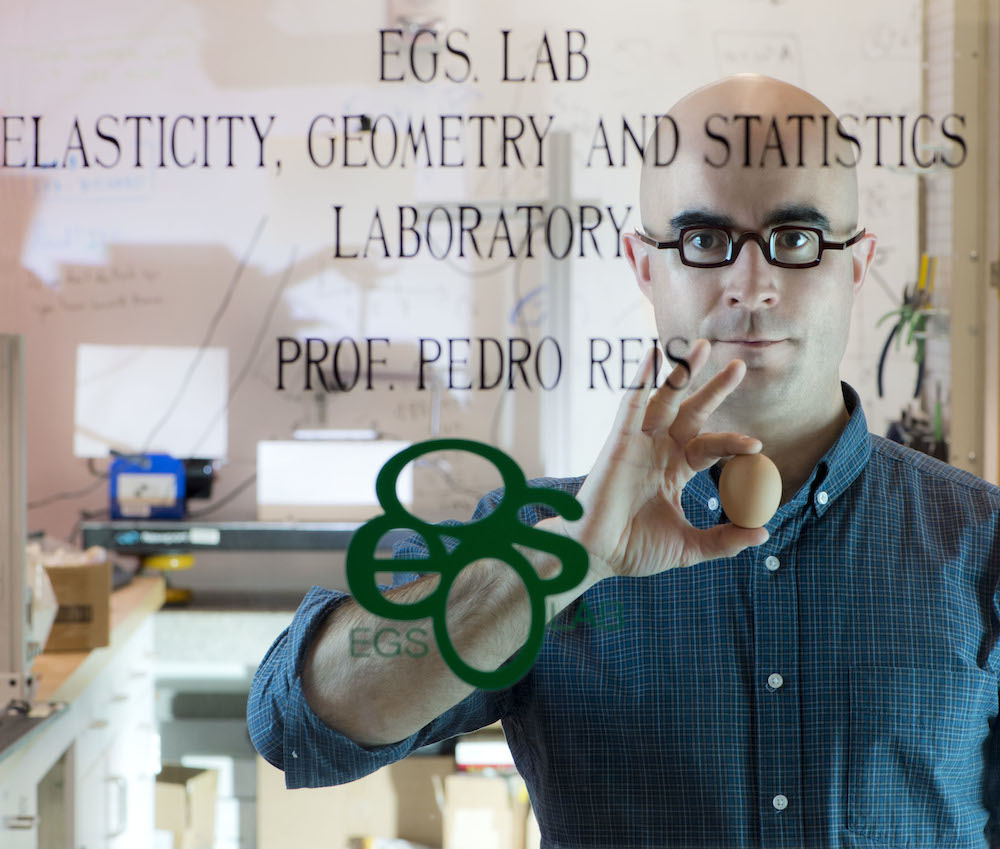