Emily McDonnell and a Family of Engineers

With a mother who is an engineer, an aunt who is an engineer, a cousin who is an engineer, and a long line of engineers on her father’s side, it was probably a foregone conclusion that Emily McDonnell would be an engineer. Inspired by the example of her mother’s organizational prowess – theirs was perhaps the best-organized Girl Scout cookie house in the neighborhood, with an enviable chain of distribution – McDonnell came to understand early on that the “engineering mindset” suited her.

“It’s definitely a problem-solving kind of attitude. Something is only a problem because it seems like it might be insurmountable,” says McDonnell, sitting down for an interview in the autumn sunshine outside E-Quad. “So I see the engineering mindset as, breaking it down and asking myself, how can I solve this piece by piece? If you’re a mother trying to get through the day or an aeronautics engineer working on plane design, it’s really the same approach.

“I think growing up I learned more about the mindset rather than the engineering, because of course you don’t grow up learning what fluid thermodynamics is.”

A senior in the Department of Mechanical and Aerospace Engineering, McDonnell also sees her pursuit of aeronautics as an outgrowth of her love of travel. Planes are a way of connecting people; without them, she says, she would be hard-pressed to visit her far-flung family members or travel abroad. Planes may be overlooked when people tally up the list of things they couldn’t do without. But from McDonnell’s perspective, modern life is defined in part by mobility. And her training as an engineer helps, for example, when comforting passengers who are less enthusiastic about it.

“I was sitting next to a woman who it was one of her first times flying and we had quite a bumpy flight. I was reassuring her ‘no, no, this is normal. These planes are built for way worse than this, so we are gonna be fine.’ ”

But what finally confirmed her decision to study aeronautics were two of MAE’s seminal courses: Mechanical Design, and Aircraft Dynamics. McDonnell started the two-course sequence for Mechanical Design in the fall of her junior year and is doing an independent project now to satisfy the second part of the course.

Because she also took the Aircraft Dynamics course during her junior fall, McDonnell already had a strong grounding in fundamentals. “Princeton does a great job of having a very robust mechanical engineering department, but lots of schools have programs that are fully aerospace. If you’re in a very aerospace program, you have a lot of early-on exposure; from day one, what are the parts of a plane, how does this particular fluid dynamics concept apply to an airplane, and all that.

“At Princeton we try to get the mechanical background first and then specialize – which I think is very valuable, and I would not have it any other way. This class really introduced me to: this is how an airplane flies, these are the mechanics that are actually happening here. I think there is a cautionary tale against specializing too quickly. It’s very valuable to learn the basics and then be able to apply them. Maybe you’re not familiar with a topic but you can reach back and ask, what were the fundamentals I learned? It’s a bit more challenging, I think, but ultimately more valuable.”

Thoroughly agreeable in conversation with an open, alert mind, McDonnell peppers her sentences with phrases like “absolutely,” and “how fascinating.” She grew up in St. Louis, Missouri with a sister who favored the humanities and eventually went into museum work. Then, McDonnell’s favorite TV show was “Bob the Builder.” She had lots of dolls, but she also loved train sets and Legos. Her mother was an industrial engineer – “I think of them as the real deal engineers” – and her father was a businessman. Through her family and friends, she came to see that there are engineers “everywhere,” even if they’re not necessarily all classically trained.

Asked if she can encapsulate how the MAE department has successfully educated her as an engineer, McDonnell smiles and allows that this is a “fascinating” question.

“I think there’s kind of a duality. Day to day you get focused on your own coursework, and you really develop a camaraderie between your classmates, especially sophomore year. So in one sense I’m thinking in a very current mindset – what are my classmates doing, what are they achieving? Even just working with them is really an honor,” she says.

“But looking at the history of the department, that can be a little intimidating – there are so many incredible alumni. Can I ever do a project to match up with them?”

McDonnell has immersed herself in civic outreach programs, like the Girl Scout badge workshops she organized through the Society of Women Engineers, and the ESL classes she teaches in Trenton. She’s also served as an engineering interactor, advising first-year students on course selection and helping them orient themselves in the engineering landscape. During her junior spring, McDonnell studied abroad in Santander, Spain.

This past summer, McDonnell worked at Aurora Flight Sciences, a Boeing company in Manassas, Virginia. “That was a big introduction to two of the big pillars of mechanical engineering: structural analysis and mechanical design, and then something new to me, which was requirements building – in order for the project to be this, we need to do this task and that task. That was more kind of a systems engineering mindset, something I hadn’t really done before. It was a very welcoming environment.

“At this point, I’ve gotten the great advice that if I wasn’t exactly sure what I wanted to specialize in, it’s better to work for a bit before deciding to get a master’s,” she says. “So my plan is to work in the industry, and I’m applying to jobs now. I’m most interested in mechanical design applications in the aeronautical field.”

In other words, she approaches her future like an engineer. Take it apart piece by piece, consider how best to approach it, and then slowly, methodically put it together in a new form.

“My mother was always making us think about how we’re making decisions, how what you do and the way you do it will affect everything else,” says McDonnell. “It’s not a bad way to approach your life. “ 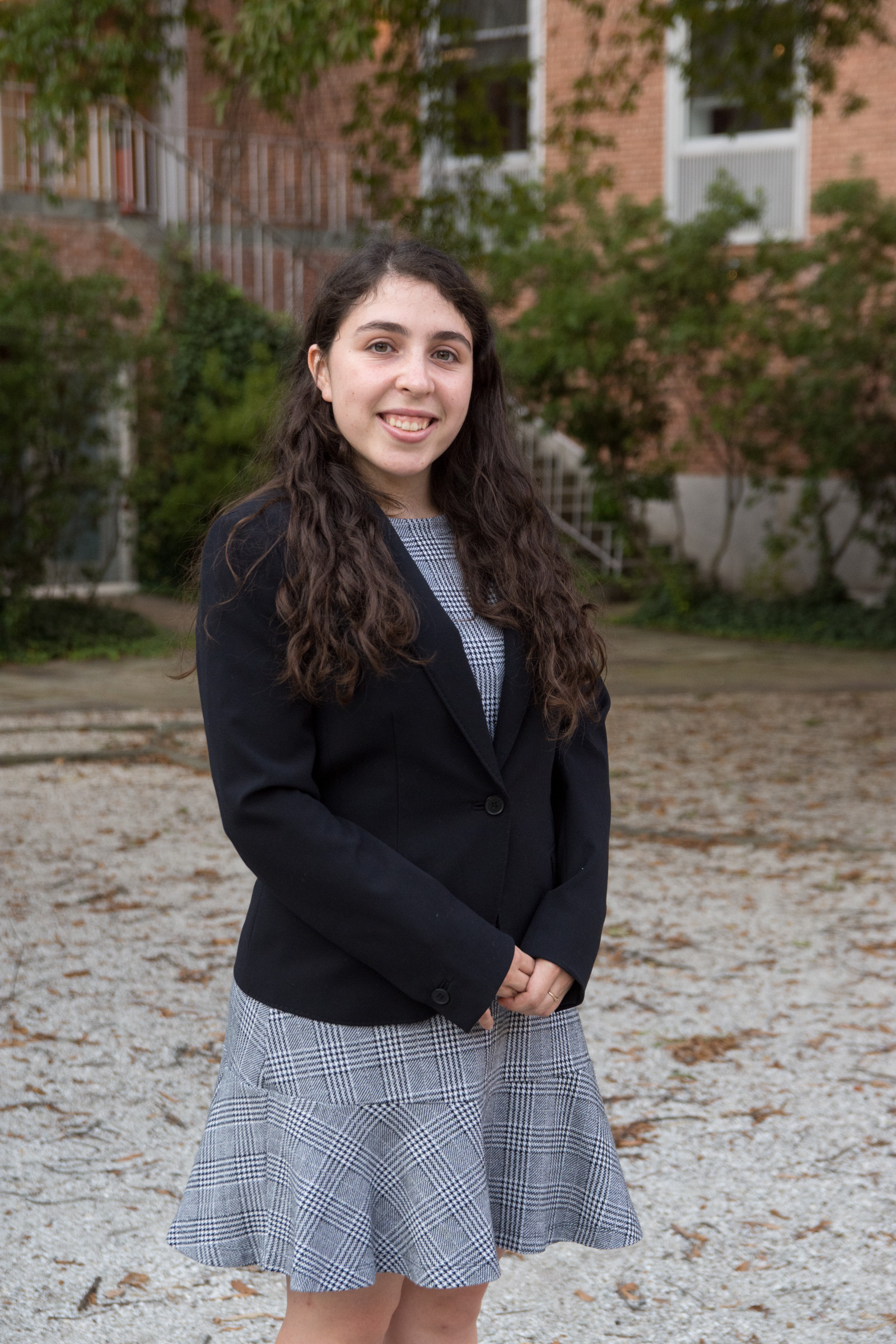